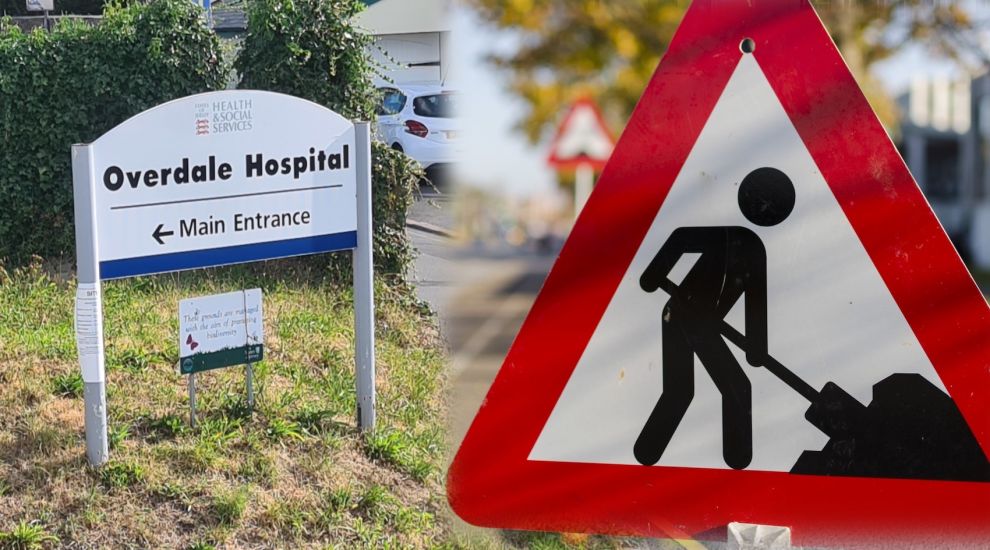 Plans to build a new hospital at Overdale could hit a literal roadblock in the near future if proposals to widen Westmount Road are not approved by the Planning Department.

Wesmount Road will need to be widened to allow construction vehicles to access the site to build the new hospital.

To allow the highway works, a separate planning application will have to be submitted to the Planning Department, Our Hospital Interim Project Manager Richard Bannister told the Scrutiny Panel in charge of the review of the site recommendation yesterday.

He said that the separate planning application would increase the risk of challenge and threaten the strict timetable to which the project team are working.

Pictured: Westmount Road will have to be widened to allow construction vehicles to access the site.

It is planned that a detailed planning application for the hospital will be submitted next autumn, with the team hoping for approval by the end of February 2022. Work would then start on site in March 2022.

However, he assured the Panel that, should the project go beyond the planned timeline or costs, additional expenses would not fall solely on the Government since there is “pain and gain share arrangement” within the contract the Government signed with Spanish firm FCC.

“If we go later and therefore our costs increase, then the costs associated with that are borne by the government and the delivery partner up to a certain level and once you go beyond that level the pain is all to the by delivery partner,” Mr Bannister said.

“Likewise, if we are quicker or we are cheaper, there is a share in the gain, and that works that the gain is broadly shared between gov and delivery partner up to a certain level of saving, thereafter it’s not shared at all, it’s all taken by government.

“That’s the mechanism in place and therefore there is an Incentive for the delivery partner to deliver within the affordability limits and in due course the target costs set for the programme.”

Pictured: There will be no access to Overdale through George V homes.

Questioned about whether Westmount Road was the “safest and quickest way to access” the site, Mr Bannister said it was the “best and feasible deliverable option” out of four.

“Getting up to Overdale is difficult, the thing that makes it difficult is the 60-meter difference in levels predominantly,” he explained.

One of the access option considered was through George V Cottage Homes, which Mr Bannister said didn’t work technically because it didn’t address the height difference and would have taken out the community completely.

Other options considered included access across the lower park, either through the woodland or along the front of the precipice – but neither worked.

The final option considered was access from the north and Tower Road, but Mr Bannister said it was “very constrained” with “some things which just cannot be moved” to make the route wider or improve it.

He noted that Tower Road remained an option as secondary or blue-light access in case of problems in other areas.

Mr Bannister said that Westmount Road needed to be widened on either the east or west, each option affecting residents in the area. He assured that the option selected had the least impact on local residences.

“There is no solution that we can come up with that would give sufficient capacity for that road without affecting some residences,” he said.

“The impact in terms of residences affected is lower if you go to the east, notwithstanding for those that are people affected it is clearly quite a devastating thing, that was the only way that we could go.”