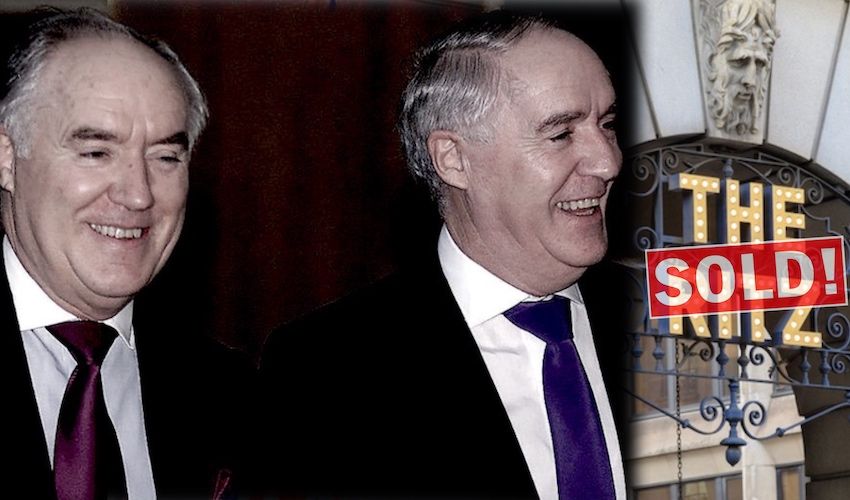 One of the Brecqhou-based billionaire Barclay twins is threatening to fight a deal that saw the Ritz Hotel bought by a Qatari investor for an unknown price, arguing his brother pushed the sale in the midst of the virus crisis.

Earlier this month, Sir Frederick Barclay (85) had said he would sue his brother, Sir David, if the pair's five-star Ritz hotel in London sold for less than a £1bn.

It came after he took his nephews to court over allegations a conservatory at the Ritz had been bugged to listen to his private conversations.

The deal came on the day the hotel closed its doors for the first time ever since it first opened, after London went into lockdown as a result of the covid-19 pandemic.

Neither the transaction price nor the name of the buyer have been released.

However, a spokesperson commented on their behalf: “It is a privilege to become the owner of the iconic Ritz Hotel and have the opportunity to build on its innate style and grand traditions.”

Pictured: The name of the buyer and the transaction price have not been revealed.

The buyer said their first priority in the midst of the covid-19 crisis was towards the hotel staff, whom they described as being “the essence of The Ritz’s 115 year old reputation”.

“Once this pandemic has passed, we look forward to re-opening the hotel and to sharing our longer-term plans,” they added.

Shortly after the announcement, a representative of Sir Frederick threatened to contest the deal through the courts.

They said they had neither been consulted on the sale, nor agreed to it, adding: “This deal, if it has occurred, appears to have been pushed through in the middle of the corona virus crisis in the hope that it will be uncontested.”