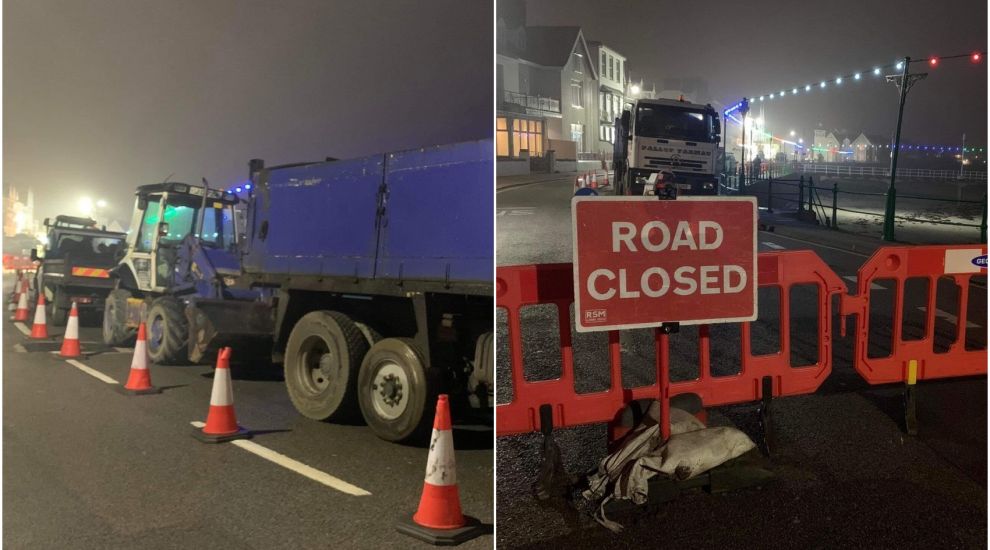 Havre des Pas roadworks adding up to an hour to eastern commuters' journeys have driven some online to vent their frustrations.

Since Monday, Havre des Pas has been closed to all traffic for planned resurfacing works, as well as the installation of raised tables and pedestrian crossing improvements. 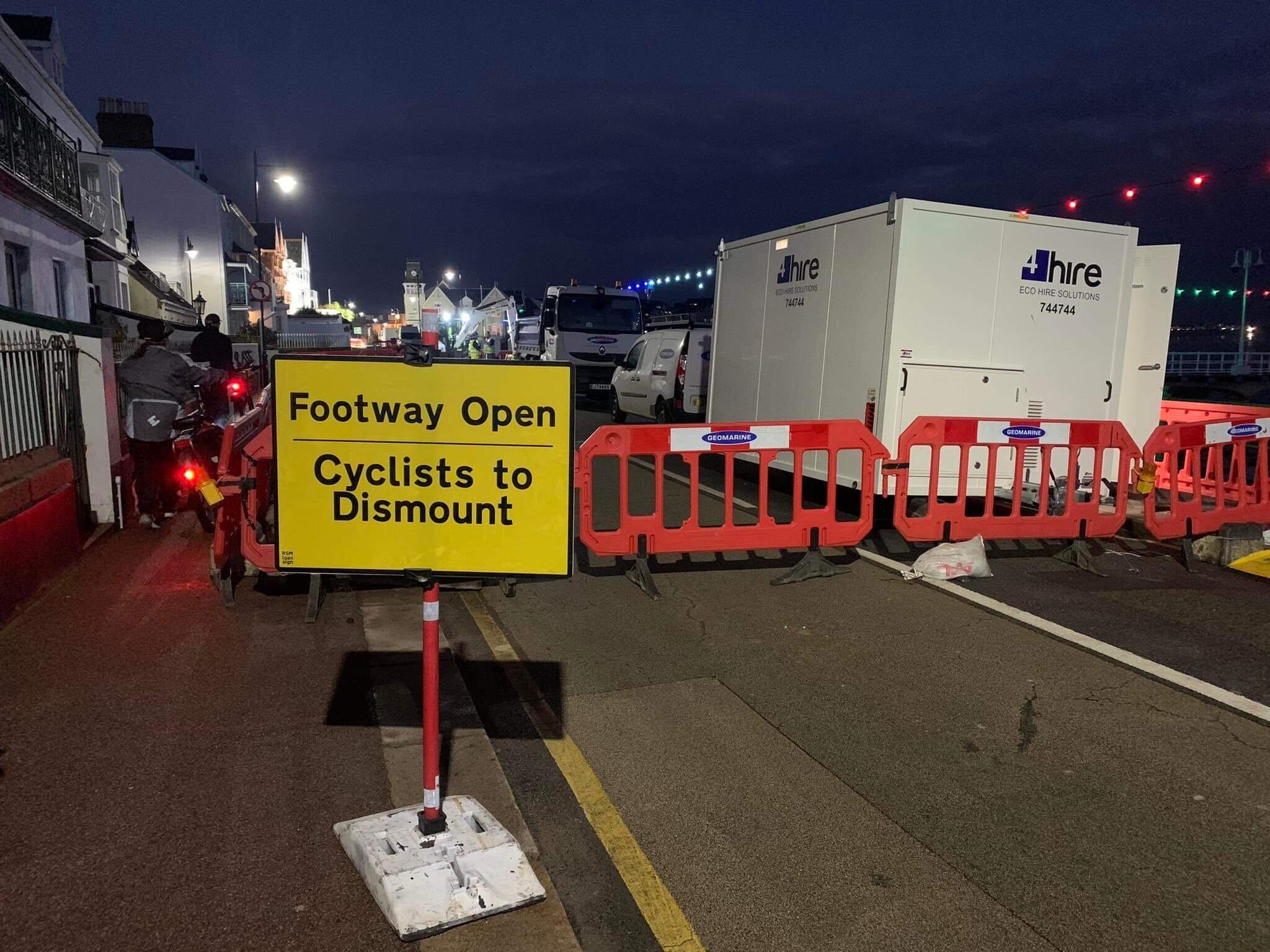 Pictured: The roads are due to remain closed for approximately seven weeks.

The road will remain closed for approximately seven weeks as the works are carried out.

The road closure and resulting diversion have contributed to significant delays for drivers over the past few days, with some reporting an hour or more being added to their commuting time.

The frustration drove some to vent online. One comment thread posted on the 'Good or Bad Jersey Businesses' Facebook has received more than 150 replies at the time of writing.

Most people responding to the comment said they felt that the road closure was excessively disruptive.

One comment stated that a journey from Grouville Hill to Quennevais took one hour and five minutes to complete.

"Never understand why they don't do it in the school holidays", wrote Angela - a sentiment echoed by other commenters.

"Absolute carnage on the roads, should have been done at half term," said Steve.

Pictured: A map of the proposed crossings.

"It's inconvenient, but it needs doing and they have given ample amount of notice", wrote Paul.

Taking it a step further, John said the complaints miss the point of the works entirely.

"You won't be moaning when your children can actually cross the road safely knowing the cars are actually doing twenty miles per hour", he writes. "It's a burden, yes, but it's for the greater good in the end". 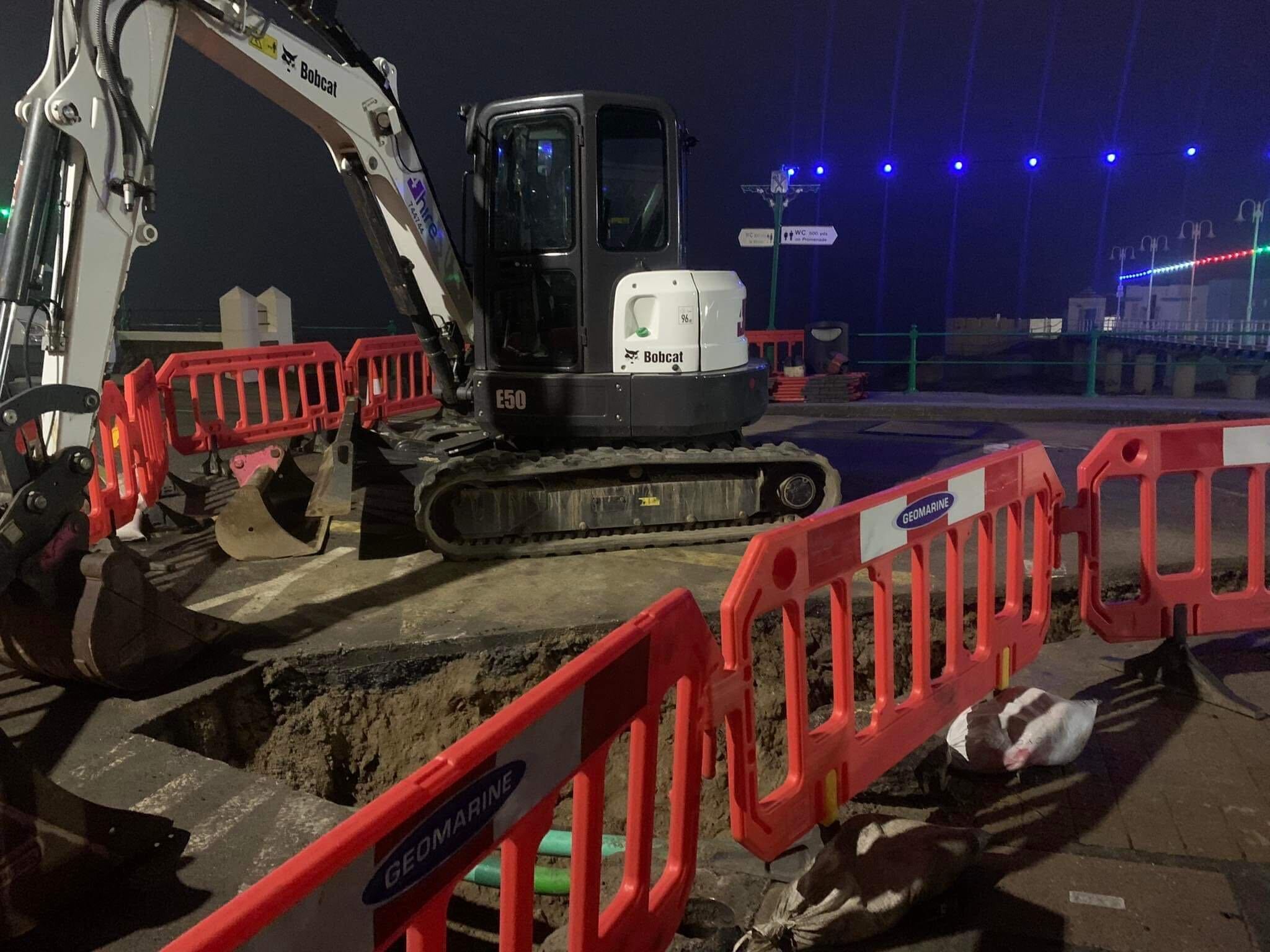 Pictured: One user commented that it took them 45 minutes to get from Queens Road to St Clements due to the works.

Some shared creative solutions to the issue.

"Set up a playlist tonight and have a car-aoke whilst in traffic tomorrow", suggested Gem.

Alternatively, the green option might be better suited to some. Stuart commented: "If this is not inspiration to walk, then nothing is".

INSIGHT: The bid to end "car dominance" in St. Helier

Posted by Bruce Willing on Jan 13th, 2022
First pedestrisn lights were installed by the Havre des Pas pool, then the speed limit was reduced from 30mph to 20 mph, then there were to be bumps put in the road and finally the road to be resurfaced with bumps. Perhaps next Deputy Lewis will require a man with a red flag to walk in front of each vehicle? This is madness. The next stretch of coast road east is much bumpier and there is the Fort d'Auvergne development taking place, which will require the newly resurfaced, traffic-calmed road to be dug up.

Only in Jersey!
Posted by Philip Hudson on Jan 13th, 2022
Road management in Jersey is appalling !! come across this regularly
O.K. roads need maintenance
Choose the hours to do the work
Overnight work would speed the process up / or is it a question these days that "workers will just not work these hours in today's world"""
Whatever these so called managers with skills. Can they not work it out sensibly
And why 7 weeks or is everyone going at a snail's pace Workers & Drivers
To place a comment please login Login »