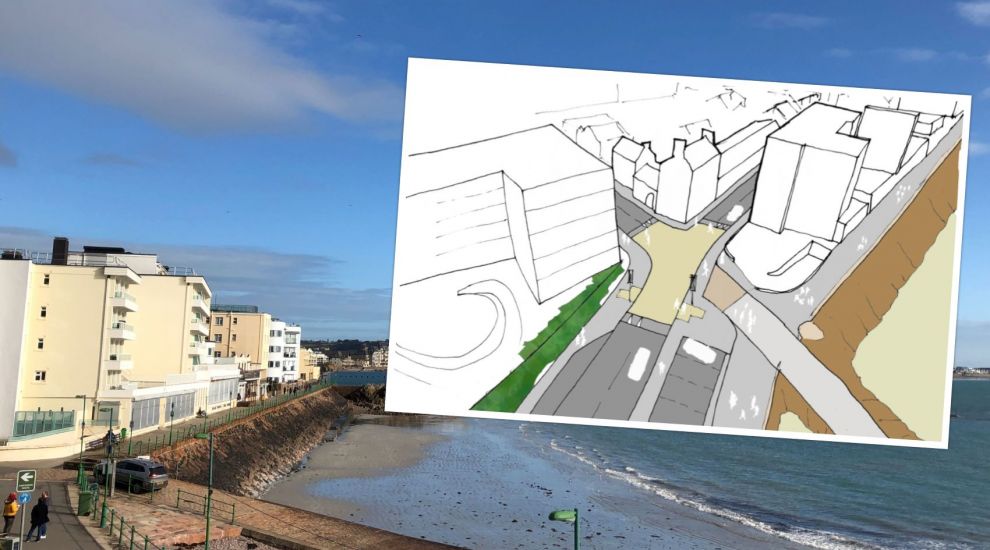 A series of 'raised tables' will be installed in Havre des Pas early next year to make it easier for pedestrians to cross safely and help slow traffic.

Also known as pedestrian courtesy crossings, the road installations aim to provide pedestrians with a safer place to cross, although traffic would not be obliged to stop.

The plans follow a consultation conducted last year to look at the ways Havre des Pas could be improved. Highway measures, such as introducing a 20mph speed limit, which has since been implemented, and improving pedestrian crossings were among the proposals submitted.

According to the Government of Jersey's Public Realm and Movement Strategy, improving the design and number of crossings in key locations can help to address “issues of severance” across St. Helier.

One of the specific proposals was to improve pedestrian crossing conditions at Havre des Pas and Green Street to create a “high quality public realm”.

Pictured: A map of the proposed crossings.

Their installation has been planned alongside the re-surfacing from Mount Bingham to St. Clement’s Road, which is currently in the planning stage.

The five new crossing locations will each take the form of a raised table, with a 6m road length and ramps on each side. These are designed to slow traffic but without creating an “unnecessarily abrupt deflection” or noise effects and to accommodate the bus service.

They also provide a level surface from pavement to pavement, while chevron markings on the ramps aim to alert approaching drivers.

It is hoped the raised tables, which are spaced along Havre des Pas, will also help reduce traffic speeds in the area. Recent traffic speed surveys undertaken since the introduction of the 20mph speed limit have confirmed that daytime traffic speeds are generally at or below the speed limit, but that speeds are slightly higher in the evenings and overnight.

The Marett Road eastbound and Havre des Pas westbound bus stops will be relocated further along the road to ensure they are not too close to the crossing. 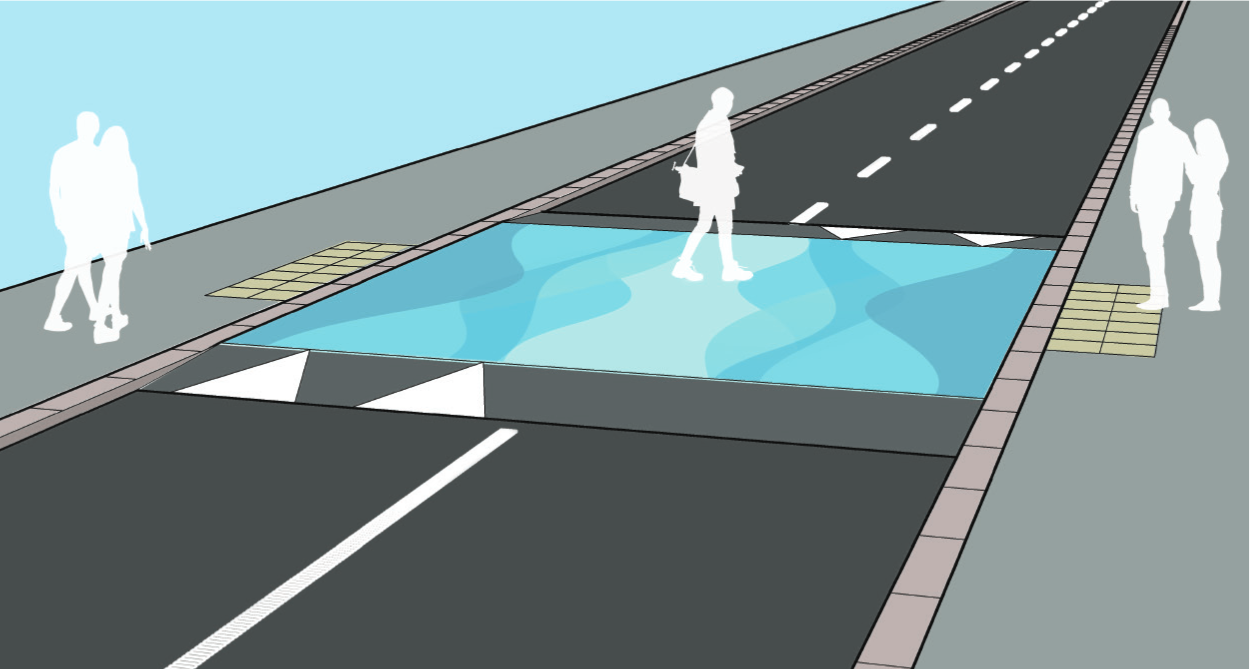 Pictured: Local artists could be invited to decorate the crossings.

According to the consultation document produced by the Government, the raised table crossings could be used as support for an artwork with colour, pattern or imagery.

“This could involve the Havre des Pas community and a local artist, reflect the character of the area, its history, culture and natural environment, or something more abstract or fun,” the document adds. “Each crossing could tell its own story, or they could share a linking theme. This approach could add an attraction for visitors to the area and strengthen the unique sense of place of Havre des Pas.”

The Minister for Infrastructure, Deputy Kevin Lewis, is now encouraging islanders to share their views on the project.

The team at the Lido have already welcomed the proposals, noting that “after many years of concerns over the traffic and speed, it will now be far safer to walk around Havre Des Pas”.

Its one of a number of key road safety projects currently being progressed by the Government.

Deputy Lewis said that the aim of the crossing was to make the Railway Walk safer and more accessible for islanders, encouraging more people to become active.

It’s hoped it will also provide children in St. Brelade who walk or cycle to Les Quennevais and Mont Nicole schools a safer route to travel along.

Last week, the Minister published proposals for a new cycle lane running along Georgetown Road and Don Road to link the east of the island with town. 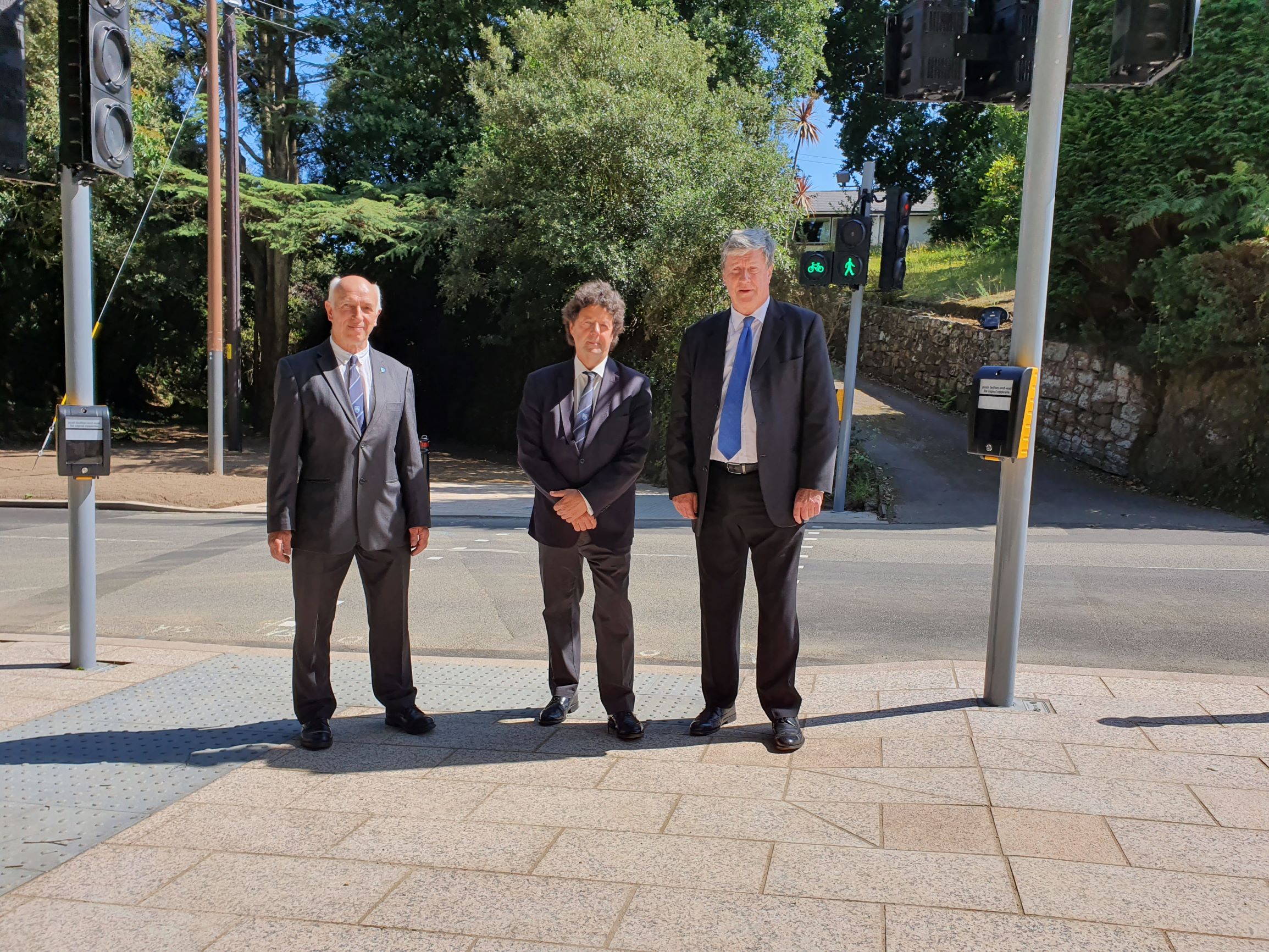 Earlier this year, a contraflow cycle lane was installed along Hill Street as part of a year-long pilot to encourage more students to cycle to school.

“The Government is committed to improving the safety of our roads for pedestrians and cyclists, as well as making it more inviting to walk or ride a bike as opposed to travelling by car,” Deputy Lewis said. “As part of our Inspiring Active Travel policy, we are not only increasing road safety but also encouraging people to use greener modes of transport. This crossing, along with other projects underway, will help us achieve our goal of becoming carbon neutral by 2030.”

INSIGHT: The bid to end "car dominance" in St. Helier

Posted by Private Individual on Aug 5th, 2021
I have just read the article to install speed humps throughout Havre Des Pas which I have to say is ridiculous and expensive. Before there is any work done to install expensive speed humps, please resurface the road as it is not fit for purpose in its present condition.

I drive this route every day to get home from work and I am totally against any form of speed hump, especially with "ART" painted in the centre of it, this will only encourage graffiti in the area whilst distracting drivers from concentrating on the road ahead. For the most part, you cannot drive at 20mph along this route due to the amount of traffic that has been created by closing Green Street to 2-way traffic.

I have yet to see any police officers checking people's speed with cameras on this road since it was made into a 20mph zone. This should be enforced first before any further inconvenience to motorists is forced on them in this area. Besides the fact that traffic is always stopped by people indiscriminately parking on the pavement which naturally slows down the traffic.

This is once again an unnecessary expenditure of taxpayer's money and will not resolve the real issue of population growth, people drive cars they do not drive themselves.

Please resurface the road as I have complained about its condition countless times with no rectification of the appalling road surface.
To place a comment please login Login »