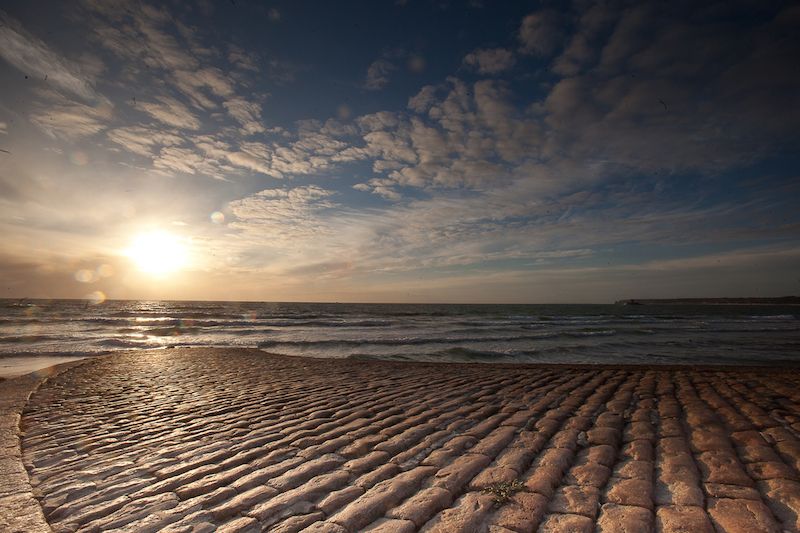 It looks pretty good out there today but we've got to get through a bit of a storm tomorrow before it all clears up for a nice, sunny weekend.

Jersey Met say we’re in for some thundery showers tomorrow but it will pass in time for the weekend - and that's very good news for the intrepid Islanders taking part in the Willis and AXA 49th Sark2Jersey on Saturday.

The forecast for Saturday and Sunday are for fair weather with sunny periods on both days - temperatures are expected to be around 19 or 20 degrees.

Jersey Met’s Duty Forecaster Mark Le Cornu said: “It looks as though the wind is going to moderate, we’re pleased to say and generally speaking Saturday is looking good for the rowers.

“Light variable winds, southwesterly and less than force 4, generally fair and 18 degrees so quite good conditions for the rowers.”

Jersey Rowing Club's Stuart Richford said: "Less than a force four is good news. Should this continue then the race would go ahead and this is certainly our current position. Ideal conditions would be for a flat calm day, however, part of the enjoyment of coastal rowing is working with the conditions as they are, providing that the conditions remain safe of course.

"All rowers will be wholly exposed to the sun for 2-4 hours during the warmest part of the day. We would therefore urge all competitors and support crew to take appropriate precautions against exposure which would include both a hat and sun cream. Given the level of physical acitivity, we would advise that the hat fully covers a person's forehead as putting sun cream in this area may result in cream running into their eyes."

The UV is high at seven at the weekend so it's not just the rowers who had better slap on the suncream.

"It never rains on Battle Day!"— or does it?

WATCH: Jersey has its hottest ever day and night