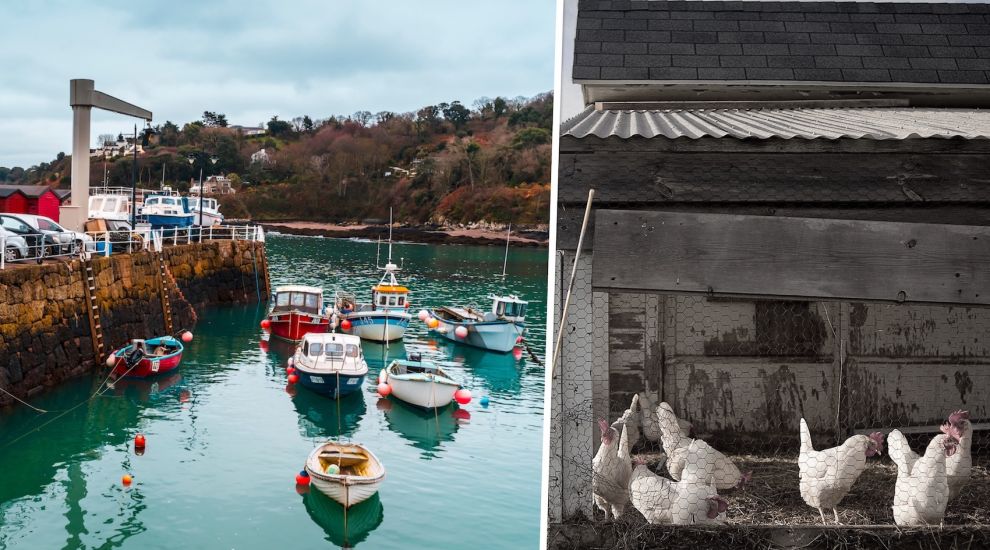 Two landowners have been ordered to remove the chicken coops and other structures they had erected on their land without planning permission.

Simon Thomas, Acting Building Control Manager (Regulation Directorate), recently sent an Enforcement to both landowners, who are both based on Mont de Rozel.

The letter noted that development had taken place on both properties, which are located next to each other.

All of these structures, Mr Thomas said, amounted to development and should have received a Planning Permission. 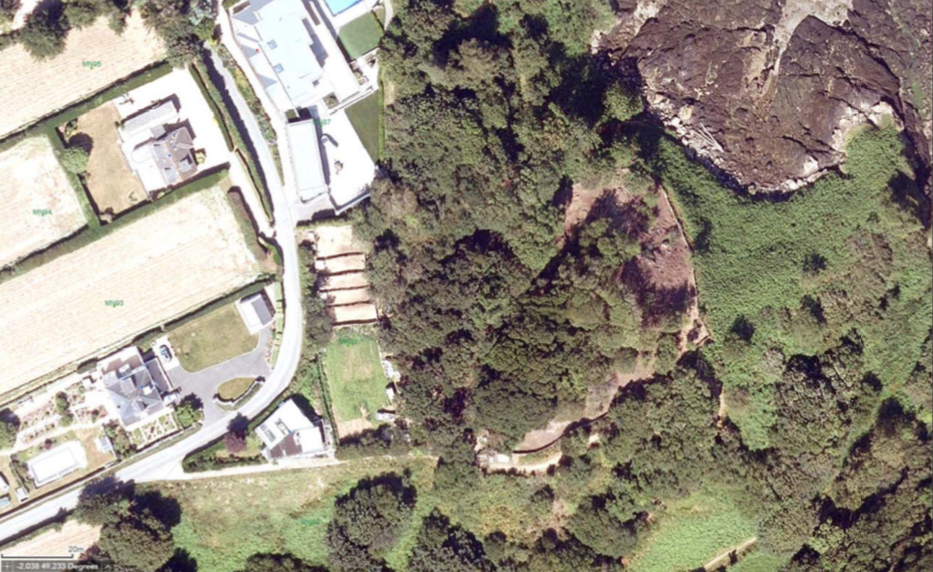 Pictured: An aerial view of the area as shown in the Enforcement Notice.

A timber feeding platform structure, used as storage for waste items, was also erected on the second field without permission from the Planning Department.

Officers also found that both fields had an outer boundary fence structure enclosing the parcels of land made up of wooden pallet boards, sheets of timber, metal posts and panels.

It is believed the structures were erected within the last eight years.

The Enforcement Notice states the first field lies within the Green Zone, where there is a “general presumption against development that would cause serious harm to landscape character”. Meanwhile, the second field is part of the Coastal National Park, which is given the “highest level of protection” in the Island Plan with all forms of development are generally prevented.

Mr Thomas wrote that the unauthorised developments were considered to cause “serious harm” to the landscape character of the “sensitive rural area”. A retrospective planning application would not have been possible as Mr Thomas stated the developments would not meet the requirements of the Island Plan policies.

The owners have therefore bene asked to remove all structures as well as the fence structure within the next 90 days. If they fail to do so, they might be prosecuted under the Planning and Building Law.

Posted by Scott Mills on Jun 15th, 2021
oooooo it's getting personal around the area now. Why don't they move the chickens into the house next door (old bistro frere), it's been empty for years now. Long live the pigs!!!
Posted by Gary Picot on Jun 15th, 2021
Get in there Simon. Laying down the law is egg sactly what is needed here, but don't get in too much of a flap about it. Then again, there was no need for Building control to stick their beaks in. Possibly a bit of foul play I think or someone feathering their nest.
Posted by Martin on Jun 15th, 2021
I suspect "foul" play!
Posted by Jon Jon on Jun 16th, 2021
Check another in Lower Trinity,chicken house exactly like that,what a mess!
To place a comment please login Login »