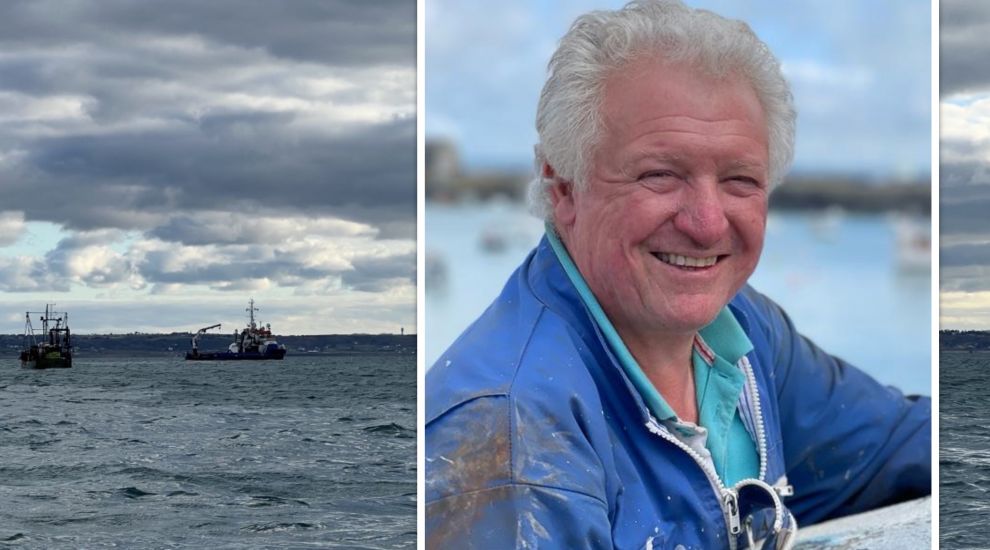 The missing skipper of the fishing boat that collided with a Condor freight vessel in the early hours of this morning has been named.

Respected fisherman Michael Michieli - known by many as ‘Mick’ - was one of three on board L’Ecume II as it collided with the 126m Commodore Goodwill en route from Guernsey at 05:30 this morning.

Lifeboats and air rescuers from across the Channel Islands and France, as well as members of the fishing community, have been involved in the search off St. Ouen’s Bay since news of the collision broke this morning.

Mr Michieli and the two others on L’Ecume II - both from the Philippines - are yet to be found.

However, what’s believed to be the wreck of the L’Ecume II has been located.

Video: A timelapse showing path of the vessels involved in the collision - and those that came to help - this morning. (Marine Traffic)

Harbourmaster Captain Bill Sadler said this afternoon that “specialist diving resource” would be required to identify the vessel, and that a boat assisting with the construction of the St. Brieuc windfarm had been drafted in to help.

Debris has been found as far away as off the coast of Plemont, and Don Thompson, President of the Jersey Fishermen's Association, said earlier today that there was "no sign of a life raft". 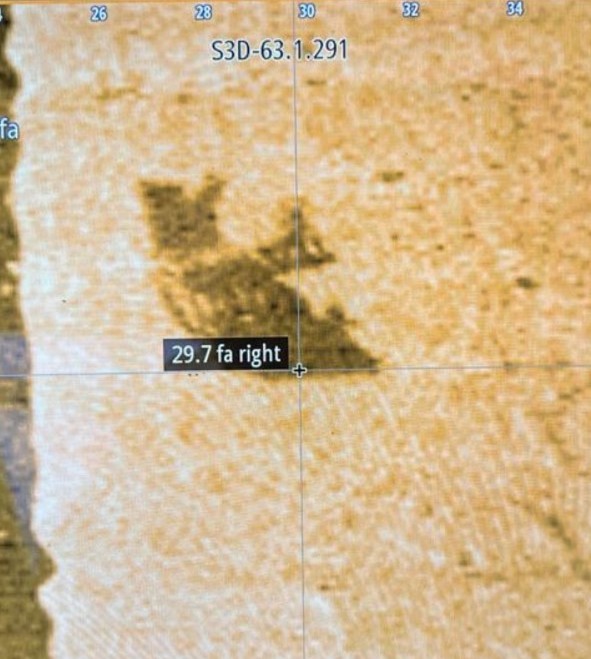 Pictured: A sonar image of what is believed to be the wreck of the fishing boat, L'Ecume II.

He added that the island's fishing community was "hoping for the best but preparing for the worst”.

In an update at 17:00, a Ports of Jersey spokesperson confirmed that the search would be suspended overnight.

"Search and rescue services will regroup before first light tomorrow to consider the findings of the search by the remote operation vehicle (the uncrewed underwater craft) before deciding how to proceed," they added.

"Commercial shipping has been rerouted eastbound around the island to avoid the search area.

The Commodore Goodwill, which was carrying five passengers and 24 crew, sustained some damage in the collision. The ship is now back at Elizabeth Harbour.

Condor CEO John Napton said that the ferry operator was "fully complying with the ongoing investigation which will establish the cause of this incident."

"This is a very difficult situation and our thoughts are with the families and loved ones of these fellow seafarers as we all try to come to terms with what has happened," he added.

The incident has made international headlines - as well as being covered by the BBC, in the Guardian and Daily Mail among other UK news sources, it has also been reported in France, Germany and Spain.