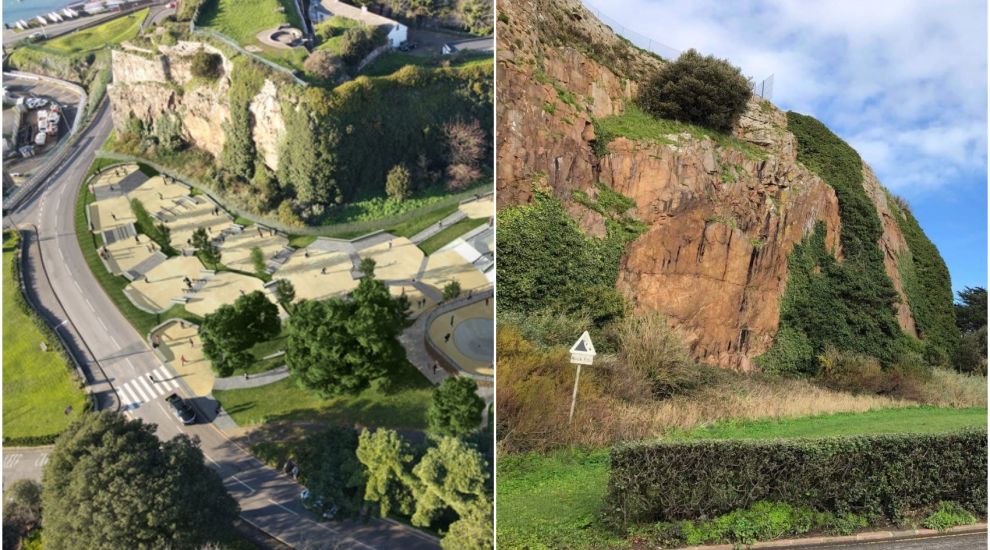 The first of two planning applications for new skateparks in Jersey has been submitted, with the next one due next week after changes are made in response to concerns it could destroy history dating back half-a-billion years.

Plans for a Les Quennevais site went in today, as they were further advanced than those for South Hill.

The latter is undergoing tweaks in response to historic preservation and road safety issues raised by campaigners and States Members.

An experienced Société Jersiaise geologist previously told Express that building a park on the South Hill site would be a “disaster”, threatening archeological and geological significance dating back 500,0000 years. 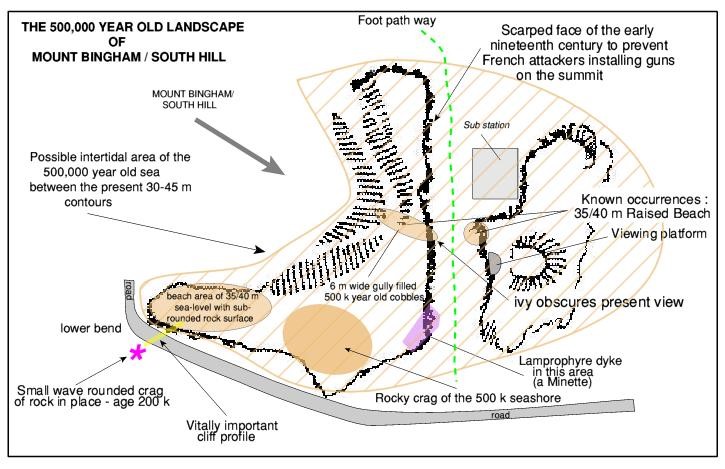 Pictured: A diagram explaining the significance of the South Hill site.

The site is the preferred choice of Economic Development Minister Senator Lyndon Farnham.

Earlier this month, he was due to enter a showdown in the States Assembly with former Assistant Minister for Sport, Senator Steve Pallett, who was arguing that Les Quennevais remained the best location.

However, States Members didn’t get a chance to vote on their preferred location in the end, with both politicians reaching a last-minute truce and agreeing to submit planning applications for both sites. 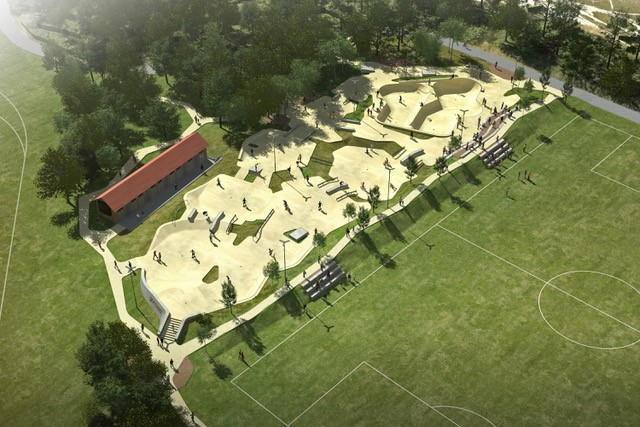 Pictured: Plans for a park at Les Quennevais went in today.

Senator Steve Pallett said this afternoon: “As urban sports become more widely accepted as seen by their inclusion within the forthcoming Olympics in Japan, there is an increasing demand for skate and BMX facilities locally from young people looking to stay active and socialise with their friends. I am pleased to have been able to work with the [Economic Development] team to move forward this important project and thank officers for their focus on the new skateparks.”

Deputy Hugh Raymond, who took over Senator Pallett’s portfolio when he stepped down in order to support a vote of no confidence in the Chief Minister, said today: “We are another step closer to building modern, accessible, and open facilities where Jersey’s urban sports can flourish. There are still several steps for each project, and we will be supporting them both through the planning process so that we can deliver them for islanders as soon as possible

“The Government is committed to improving Islanders’ wellbeing both physically and mentally, and we aim to deliver these facilities by January 2022 if planning permission is obtained by the end of July this year.”

Posted by Scott Mills on Feb 28th, 2021
Les quennevais image...erm a football pitch...next to a skate park.....both go hand in hand together.
Posted by Private Individual on Feb 28th, 2021
These people will never ever use this facility. It is a complete waste of taxpayer's money.

If they want a skate park so badly they should do some work together and fundraise to show a willingness to contribute. We never had any government funding when we had a club, not one penny.

We were charged extortionate rents and eventually had to close our sports club.

This is nothing more than a reelection campaign by certain individuals using taxpayer's money for their own benefit.

This will never be used and will not stop this minority antisocial element of society from making noise and trashing other people's property with their skateboards.
Posted by Glen Rayner on Mar 1st, 2021
Great initiative, utilise the currently derelict, unused space to create two fantastic facilities. These will prove extremely popular with those wanting to use them.

Then please move onto football and netball and build suitable facilities, regardless of how antisocial both sports may be.
To place a comment please login Login »