Special night of Shakespeare for charity 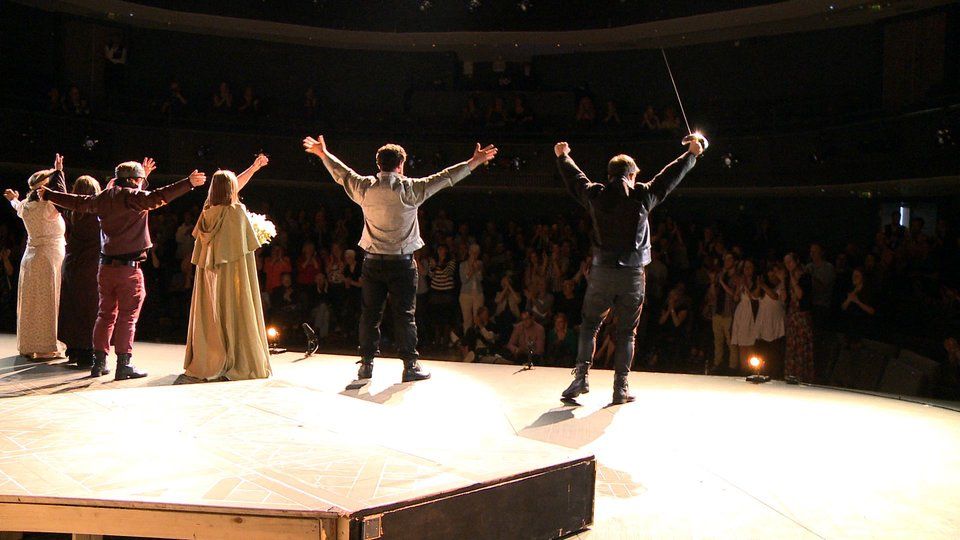 Special night of Shakespeare for charity

A visiting theatre company is putting on a special show to celebrate a local charity’s birthday and some famous faces will be helping to show Islanders with learning difficulties that there’s no limits to what they can achieve.

All the cast of Blue Apple Theatre have learning difficulties but it hasn’t stopped them from a successful career on the stage.

They’ll be performing Much Ado About Nothing at a gala event at Jersey Arts Centre on 19 May as part of Les Amis 40th anniversary celebrations.

Les Amis Managing Director Shaun Findlay said: “The Blue Apple Theatre does an amazing job showing what people with learning difficulties can achieve with the right support and encouragement.

“Everyone at Les Amis is looking forward to seeing the performance as it is one of the highlights of a busy year as we celebrate our 40th anniversary.”

The theatre group that was founded in 2005 gives performers who have learning difficulties the chance to shine in high quality productions and some of its stars have become very familiar faces. Tommy Jssop has appeared in Casualty and Holby City and Lawire Morris is a well known Shaesperian actor – both have Down’s syndrome.

As part of the big celebrations this year Les Amis is also planning an open day during Down’s Awareness Week next month, a summer ball, a cookery competition and a special group holiday for its residents.

The charity was set up in 1975 and now supports more than 80 Islanders in 30 properties around the Island so that they can live independently. It also runs respite care and outreach services.

So, what do you really know about Social Work?

Sale to clear out hotel set to become disability-friendly homes

Hotel to be turned into specialist homes for disabled islanders