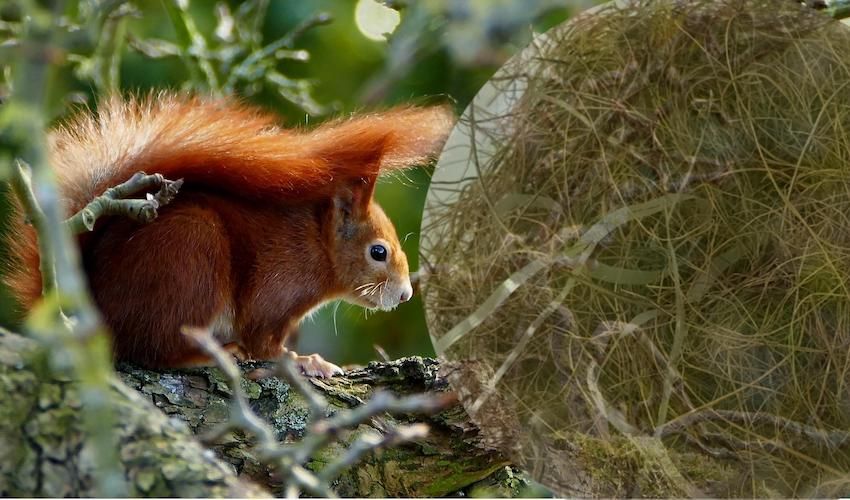 The recent death of a red squirrel has served as a stark reminder of two of the biggest threats facing the island's wildlife: cars and littering.

The female red squirrel, who was found carrying a plastic-riddled ball of grass, believed to be for her nest, was brought to the animal shelter after being hit by a car around La Rue des Buttes in St. Mary.

The JSPCA found that she had been trying to cross the road while carrying what was believed to be nesting material in her mouth.

"We are unsure if she was expecting or if she was just keeping her nest nice and warm and preparing for the breeding season," a spokesperson said. 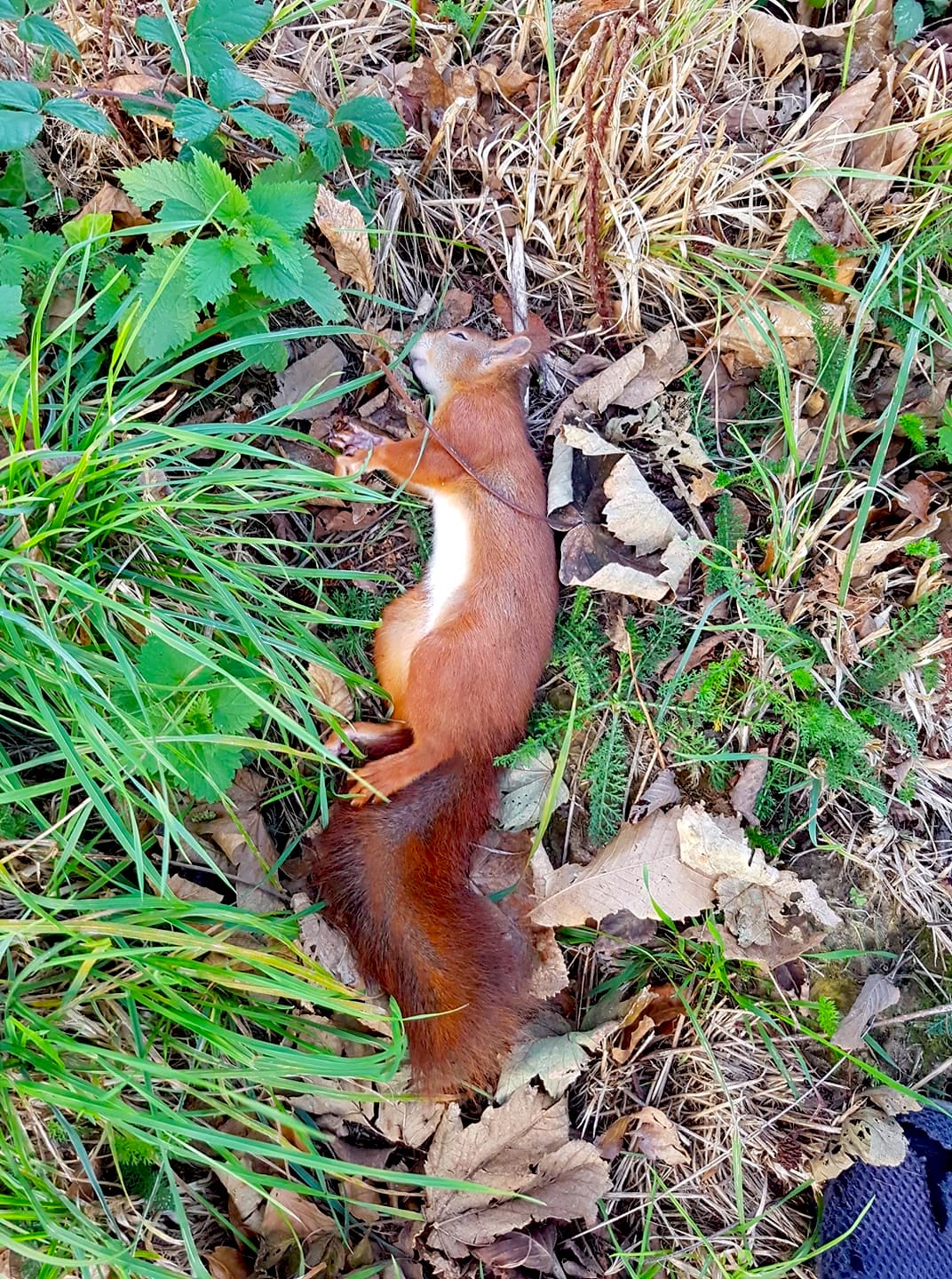 Pictured: An islander recently said he had found eight squirrels dead in the lanes close to his home in the space of four weeks, some believed to have been hit by cars.

Upon further investigation, however, it became clear that the warming material was more than just grass and reeds. Whilst removing it from the squirrel's mouth, staff at the animal shelter noticed that plastic was tangled up in it.

"This really shows that we need to be mindful of how we dispose and use plastic as it is now being used for building nests by our small colony of red squirrels," the JSPCA said.

Staff added that the use of plastic material in small mammals and birds' nests can be detrimental to their health, especially for young individuals. "Plastic is very harmful to any animals and is not a natural material for nesting. The public is seeing an enormous increase with the problems plastic is causing around the world and its environment. It is important that we try to help as much as possible by recycling correctly and cutting items ie. can rings into small pieces to avoid causing injuries to wildlife."

This is not the first time that the extent of the plastic pollution locally has been highlighted. Last summer, a gannet was captured in flight over the Channel Islands with one leg caught in a discarded fishing net.

While showing the effects of plastic pollution, the death of the rare red squirrel also highlighted another problem on the island: the vulnerability of wildlife on the island's roads.

With a special place in Jersey's history since their introduction to the island in 1885, the animal shelter and local wildlife groups have been increasingly concerned about ensuring red squirrels' survival. 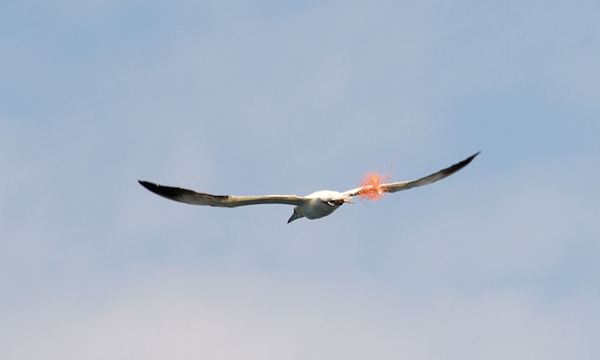 Pictured: A gannet in flight in the skies above the Channel Islands. (Berni Kerrigan)

Last November, following a spate of squirrels being hit and killed on island roads, the Jersey Biodiversity Centre took action and urged islanders to report any sightings of dead squirrels.

The information garnered from islanders has since helped to identify a number of 'black spots' where roadkills are more frequent, allowing charity Jersey Trees for Life to create 'squirrel bridges' in those areas.

Noting that Jersey is "lucky" to have a colony of Red Squirrels, the JSPCA is urging islanders to do everything they can to help and protect them. 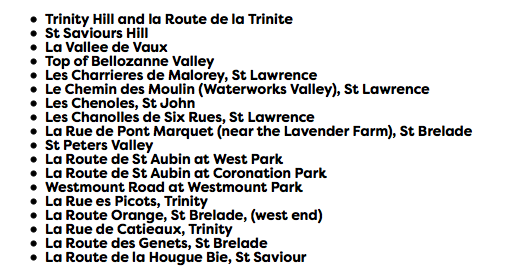 Pictured: A list of the blackspots for red squirrel deaths.

They have issued a series of recommendations for them to do so:

TIPS: Keeping your pups cool as the 33C heatwave hits