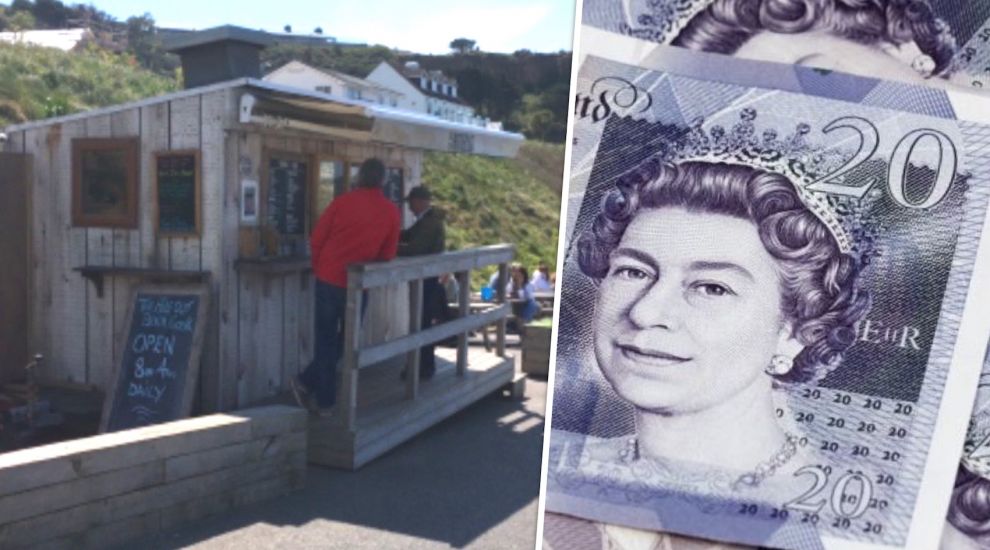 A food kiosk that has been embroiled in a legal battle with St. Brelade has reached an out-of-court settlement allowing it to stay on the La Pulente slipway until a new café opens in nearby former public toilets - and have its £24,000 legal fees covered.

A day before a Royal Court hearing called by Hideout owner Karl Sutton was due to take place last Thursday, the two sides reached an agreement.

The Parish agreed to issue the Hideout with a permit to operate on the slipway until the end of the year, which is the maximum time they can under the island's Choses Publiques law.

They have agreed to extend that into next year if the café currently being built at the old toilet block is not open by then, and providing that Mr Sutton complies by the terms of his permit.

The Parish will give Mr Sutton 28 days’ notice to leave the slipway when the new Nude Food café is ready to open.

As part of the settlement, St. Brelade also agreed to pay Mr Sutton’s £24,000 legal costs for the judicial review, on top of its own legal bill.

The agreement is the latest chapter in a year-long battle over the right to serve food and drink around La Pulente slipway. 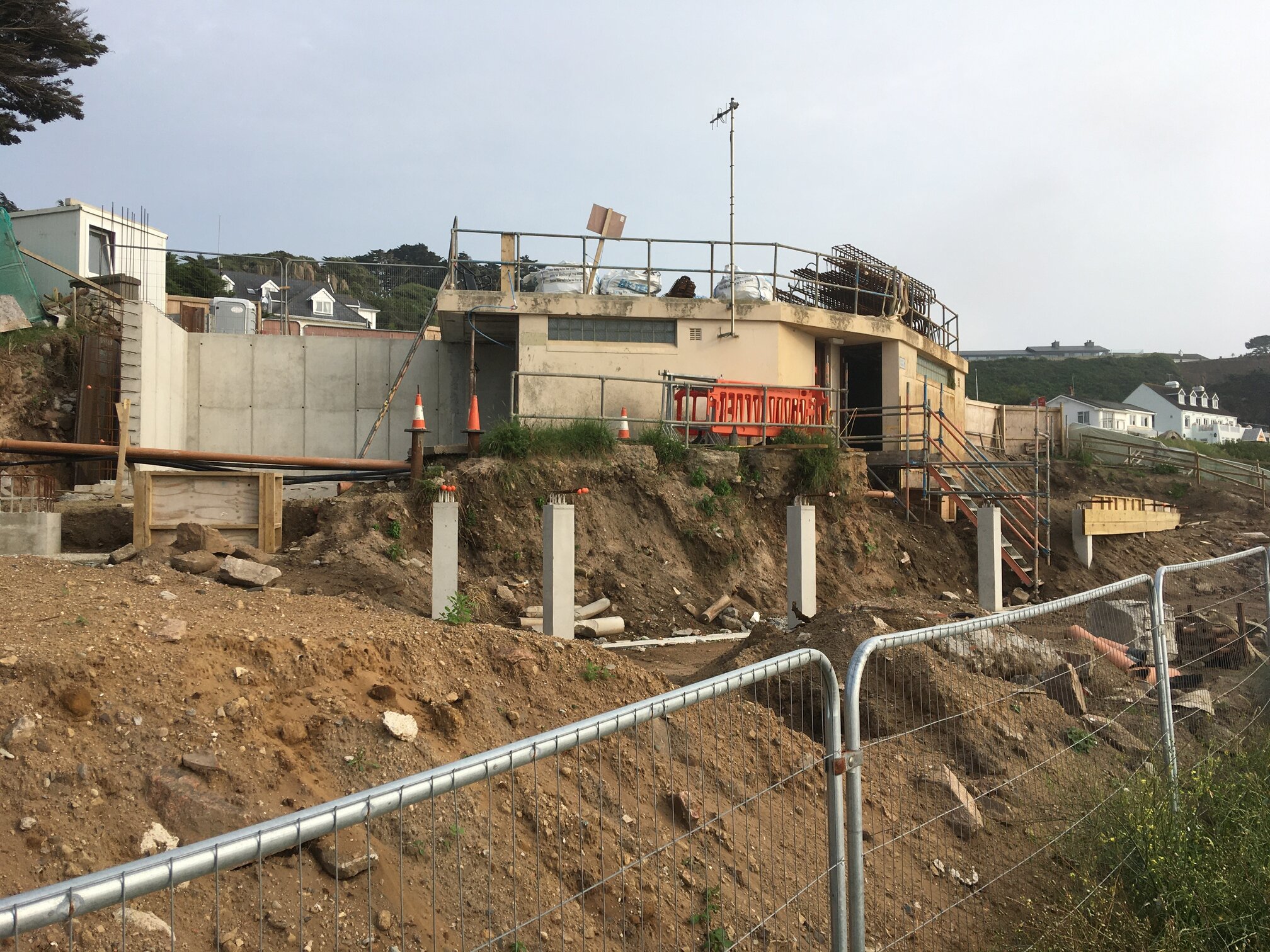 Pictured: Work continues to convert a former public toilet block into a Nude Food café. When finished, the toilets will be accessible to the public again.

Mr Sutton took St. Brelade to court because he argued that the Constable, Mike Jackson, went against a decision of two parish assemblies last year, which agreed to allow the Hideout to stay on the slipway until Nude Food was ready to open.

But the Parish wrote to Mr Sutton in December saying it would only issue him with a permit until 1 June this year. This prompted Mr Sutton to seek a judicial review of that decision.

He also asked the Royal Court to allow him to move back to his original spot next door to the toilets, where the Hideout has been based since 2016, but this was rejected by the court in a judgment published last month.

However, Commissioner Sir Michael Birt did conclude that Mr Sutton had “strong grounds for challenging the imposition of the 1 June 2021 limitation”, which the judge said he could not see was “reasonable or necessary."

Speaking after the out-of-court settlement, Mr Sutton said: “I am aware of the publicity that has surrounded this case and many have wondered why a court action was necessary.

“That is particularly so given that during parish assemblies held on 23 September 2020 and 27 October 2020, it was decided by a clear vote that the Hideout would be allowed to occupy the slipway until such time as the café was fully built.

“However, the Parish then issued a permit to the Hideout for the year 2021 that terminated on 1 June 2021, regardless as to whether the café was built by that date or not.

“This was a departure from the decisions of the parish assembly and previous permits given to the Hideout and the Constable’s letter to me of 6 October 2020.”

He added: “I am genuinely sorry that the parish has incurred legal costs but that was entirely avoidable.

“To be clear, the judicial review was never about me stopping the development of the toilet block. It was about me being treated unfairly, the parish assembly being misled and a permit being issued that would have required the Hideout to leave the slipway even though the café will not be built this year, in my view.

“I had to go to court to put that right as an act of last resort when a requête [which allowed parishioners to call the September parish assembly, ed.] and correspondence did not.” 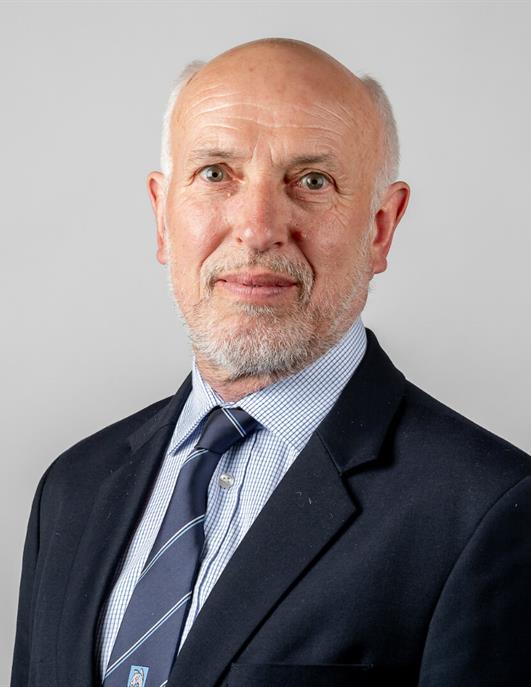 Pictured: St. Brelade Constable Mike Jackson said it was “pleasing to note that the new development is now progressing apace”.

Asked why St. Brelade had agreed to settle, Constable Mike Jackson said: “While the parish considered that all previous decisions were based on correct information at the time, it was not prepared to take the risk of further unquantified expenditure given the uncertainty over the outcome of the court case.

“These could have been much higher.

“Mr Sutton will receive 28 days’ notice of the new café opening and will be obliged to move by then. The annual rental paid for the parish will be £5,360."

Express reported last week that, partially as a result of the HideOut legal battle, St. Brelade had to push up its rates by 14%.

Turning to the new café, Constable Jackson added: “It’s pleasing to note that the new development is now progressing apace, and I look forward to the enhanced offering complete with toilet facilities being available to the public without further unnecessary obstacles or distractions.”

At an earlier court hearing in April, the developer behind the new café in and around the toilet block, Frank Laine, who is also a shareholder in Nude Food, said that he hoped, should everything go to plan, the café would open in September.

Clock ticking to save The Hideout

Posted by John Smith on Jul 26th, 2021
As a St Brelade resident and rate payer, i would like to thank the Constable for this folly and waste of money which has increased the rates I have to pay. Why do people in authority seem to think that they have the right to waste parishioners money?!
Posted by John Henwood on Jul 26th, 2021
This is not the first time Mr.Jackson has made an apparently capricious decision and it is hard to understand why on this occasion he overlooked the view of two parish assemblies. The Royal Court judgement is clear that he was wrong and it's a shame that parishioners will have to pick up the cost of that mistake. They may console themselves with the fact that they will have the opportunity next year to either renew the Constable's mandate or seek a candidate who will be more prudent in his or her actions.
Posted by john garner on Jul 26th, 2021
The Parish cant afford Jackson both financially and ability wise
Posted by Roy Dean on Jul 26th, 2021
Never a hint of an apology
Posted by Danny Moisan on Jul 26th, 2021
it's nice when the little fish win a battle, it's a shame that the big fish will pass the cost back to the parishioners who are also small fish.... I am sure there is a parable there somewhere?
To place a comment please login Login »