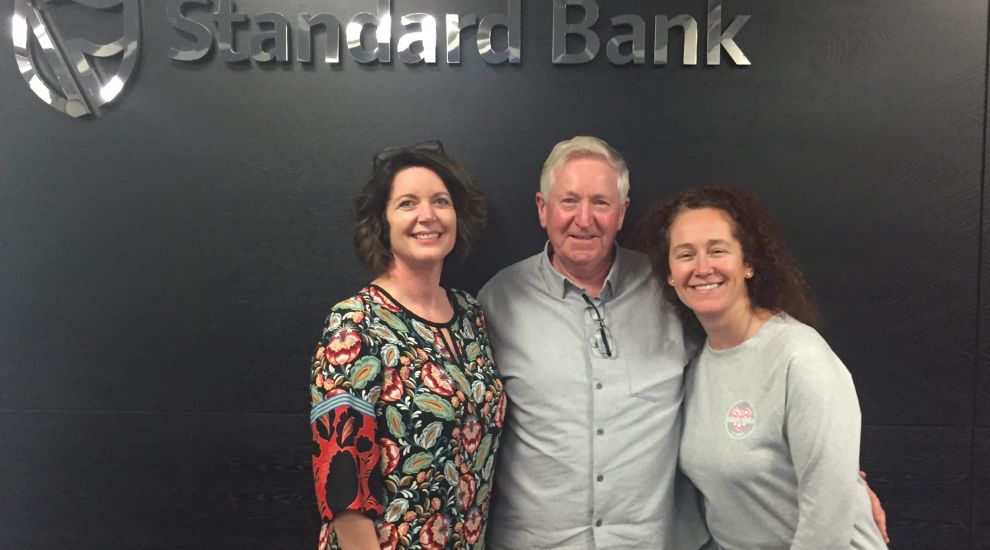 A major bank has got behind a Jersey campaign to offer 'payroll giving' to all its staff, enabling them to easily donate a small percentage of their earnings automatically to a charity.

The move follows an Express poll which showed that a majority of Islanders were willing to embrace this "new way of giving" with nearly 60% of respondents willing to pay under £5 a month.

Standard Bank has become one of the first banks in Jersey to set up a payroll giving scheme, which has been established in the UK for some time but was only introduced in Jersey in 2016 after the States changed their policy to allow charities to benefit from tax relief under such schemes. It is available as long as the accumulated amount per employee over 12 months is £50 or more.

The bank’s 220 staff at its headquarters in La Motte Street will have the opportunity to support two island charities in 2018: Caring Cooks of Jersey and Island Aid for World Children.

Melissa Nobrega, Chief Executive Officer of Caring Cooks of Jersey, who campaigned to get more islanders on the payroll giving scheme, said: “A donation of just £5 a month equals £75 a year, which includes £15 from the Taxes Office, and that will pay for a child to take part in our successful ‘Let’s Get Cooking’ programme, which delivers food and nutrition education to primary school children.

“Since the States’ policy changed, we’ve been trying to encourage businesses to come on board. Standard Bank is one of the first to introduce a full scheme and I hope that other firms in Jersey follow its inspiring lead.”

Alan Cameron, Co-founder of Island Aid for World Children, said: “We have a number of important projects in Ghana so I’m delighted that Standard Bank, with its home in Africa, has chosen us as a partner. With the support of donations from staff, Islanders will continue to help children in the developing world get a better start in life.”

Tina Monro, Head of Human Capital at Standard Bank Jersey Limited, said: “Having a positive social, economic and environmental impact, both in Jersey and across Africa, is at the heart of Standard Bank’s philosophy so we were very keen to give our staff the opportunity to do more.

“We found that the usual method of asking staff to donate money to dress down each Friday just wasn’t having the same impact as it used to. Payroll giving is a significant step forward and has multiple benefits: we expect it will lead to more donations, it will save the time and effort of having to collect cash and it is compatible with a wider Group focus to digitise as many processes as possible. Of course, no one is obliged to take part but it does make participating far easier."