States offer public £300 towards cost of an E-Bike 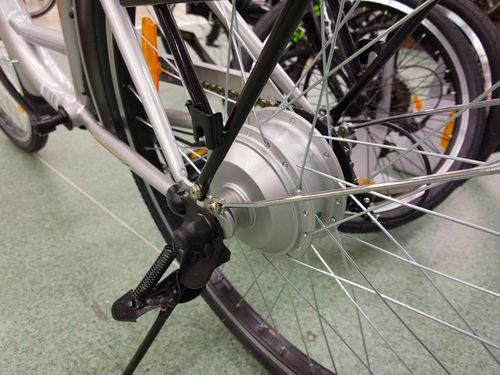 States offer public £300 towards cost of an E-Bike

Posties and politicians are already using them and now we’re all being given a cash incentive to get out of the car and onto the saddle and commute to work on an E-Bike.

The Department for Infrastructure is now offering a £300 discount off the cost of a new electric bike as part of their "car2cycle" scheme to reduce the number of cars on the roads.

Infrastructure Minister Eddie Noel said: “We know from consultation that one of the key barriers to cycling is Jersey’s hills. E bikes make cycling easy as well as providing a means of active travel.

“The aim of the ‘car2cycle’ scheme is to influence a change in behaviours from car use and by providing a discount to the cost of purchasing an E bike we hope that more people will take up cycling, particularly those who may be less active or have a steep hill to tackle getting home!”

Anyone over the age of 14 can apply for the discount and pick up a bike the department says are more sustainable with zero emissions, no parking fees and petrol costs to worry about and a healthier way to get about.

Deputy Anne Pryke: “I have been using my electric bike for a while now, and it has kick started me to get out of the car and back into the saddle for my commute. It’s such an enjoyable way to travel, and it gives me an extra push when I need it. Not to mention, I am feeling much fitter and I don’t have to wear lycra!”

The bikes have been making posties' life easier too, especially for those with big hills on their rounds.

Jersey Post’s Director of Operations Andy Jehan said: “Following successful trials with two Electric Bikes Jersey Post have ordered a further 20. These bikes have greater carrying capacity than the traditional cycle and make it much easier for staff to get to and from their delivery routes. With the support of the DfI scheme we will be able to deploy these new cycles rather than increasing the size of our vehicle fleet.

"Feedback from our staff who have trialled the electric bikes has been very positive, particularly from those who have to go up hills either on their way to or from their delivery.”

If you fancy a discount off an E bike you'll find an application form here. Take it along with a photo and proof of address to Sand Street Parking Control or to Driver and Vehicle Standards and you'll have four weeks to redeem the discount at retailers participating in the scheme.

Health Minister Andrew Green said: “Maintaining a good level of fitness is important for one’s health and wellbeing.  Electric bikes can help people who perhaps don’t feel quite fit enough for ordinary bikes, but will still be able to benefit from the exercise.”

Posted by Jerry Bolton on Jun 3rd, 2016
The States could go one better and adopt the UK's bike-to-work scheme. Available for any bike under £1000, it works well over there and, as far as I can see, is the only option for getting people out of cars.
Posted by June OKeeffe on Jun 3rd, 2016
where does the money come from please -tax payers?
To place a comment please login Login »