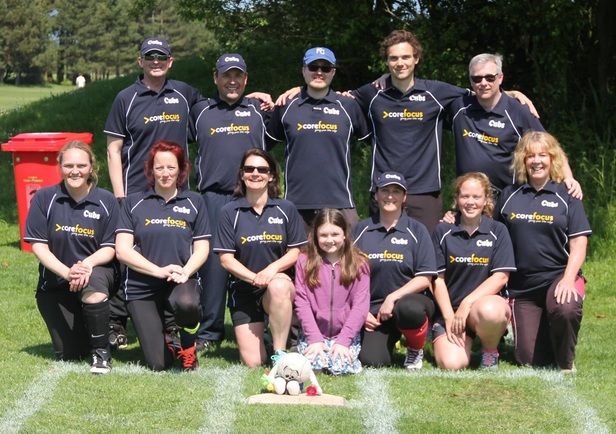 Eight teams are vying for a spot in The Jersey Softball Association Hall of Fame with the new season getting started.

The JSA has been running softball competitions for 20 years, and it’s one of the few sports in Jersey that pits men and women against each other in matches at Les Quennevais.

Lauren Glynn, President of Jersey Softball Association, said: “We have all been eagerly awaiting this year’s Corefocus Summer League and looking forward to another season of fun, yet competitive, slow-pitch co-ed softball and also, hopefully, a good dose of sunshine!

“Sponsorship is critical to the ongoing development of Jersey softball and we are very appreciative to Corefocus for its ongoing sponsorship and support of our Summer League and the JSA as a whole.

“They have allowed us to grow year on year and invite new teams to the league. No pre-fitness is required and it’s a great way to meet people. We have even seen a few couples who have met at softball and later got married. We would like to invite anyone who wishes to try their hand at the sport to get in touch.”

Teams play each side in their own division three times and each team in the other division once.

Matt van Sanden, Managing Director, Corefocus, said: “It’s been our pleasure to support the Jersey Softball Association for the past nine years.

“They provide a great service to the local sporting community and softball is such a great inclusive team building sport and just about anyone can take part. It’s so great to see so many people getting involved this year and we can’t wait to see the Corefocus Cubs show off their skills.”