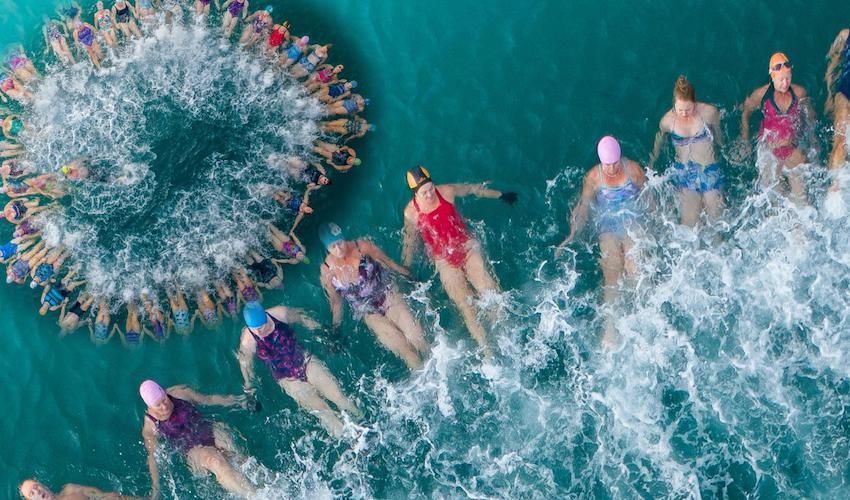 45 islanders - and an extra - braved cold temperatures over the weekend to make patterns in the sea to celebrate 45 years of the Jersey Long Distance Swimming Club.

Veteran island swimmer and much-loved swimming teacher, Sally Minty-Gravett MBE organised the sapphire star in the water to celebrate the anniversary of the club she helped found.

"As a founder member and committee member of the Jersey Long Distance Swimming Club (JLDSC), I am extremely proud of the best little swimming club in the world," Sally said.

The JLDSC branched out from the Jersey Swimming Club, which was based at Fort Regent. The first committee meeting was held in 1974 with Maurice Lakeman as President and other committee members including Fay Devereux, Leighton De St Paer and Leslie Minty.

Not only is record-setting swimmer Sally proud of the Club's longevity, but also of its members' achievements. 139 of them have completed a round island swim since the club was created. This year alone, 12 tackled the challenge, among which Dean Anderson and Matt Elcock who completed it in 11hrs 43 min and 11hrs 51 min respectively.

The club also counts a number of brave swimmers who swam the Channel among its members - including Sally, who has successfully tackled the crossing every decade of her life since she was a teenager.

"Highest number of English Channel swimmers - 32 - per capita in the world - with 40 swims between us," she commented.

But the club's 45th anniversary was just one in many celebrations this weekend for the veteran swimmer.

Huge congratulations to Sally Minty-Gravett MBE, winner of our Lifetime Achievement Award!Dedicating a significant amount of her life to swimming, she’s swam the channel multiple times, including a two-way swim and continues to inspire Jersey's swimming fraternity. pic.twitter.com/35eCI9CLAt

On Friday, she picked up Jersey Sport's 'Lifetime Achievement Award' at the Race Nation 2019 Sport and Move More Jersey Awards.

She was recognised for "dedicating a significant amount of her life to swimming, Sally’s swam the channel multiple times, including a two-way swim and continues to inspire Jersey's swimming fraternity".

Sally appeared to become teary as she collected her award to a standing ovation, telling the audience at the Radisson-based event that she was "gobsmacked".

She went on to explain how swimming puts her in an almost "meditative" state, and that she has sometimes fallen asleep during her long-distance challenges.

Asked whether she had any more feats coming up, she said there was already something booked in the calendar for next year. 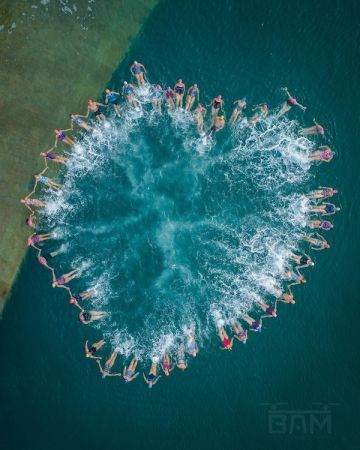 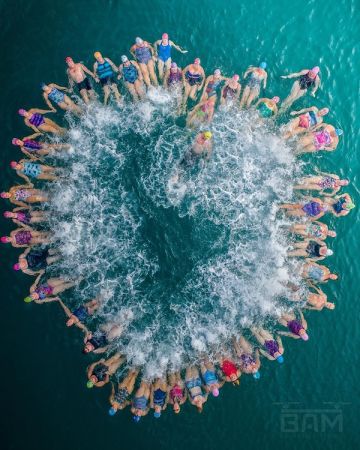 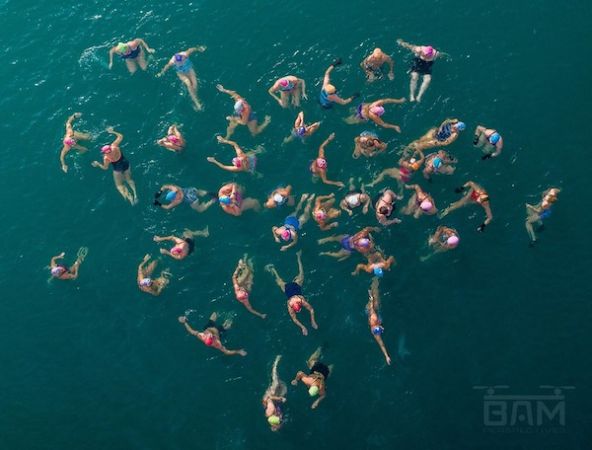 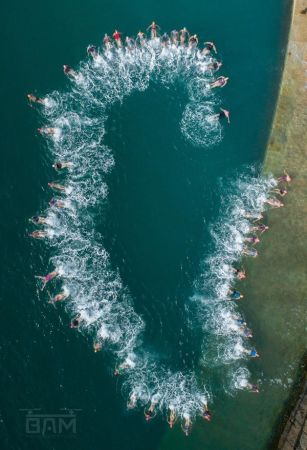 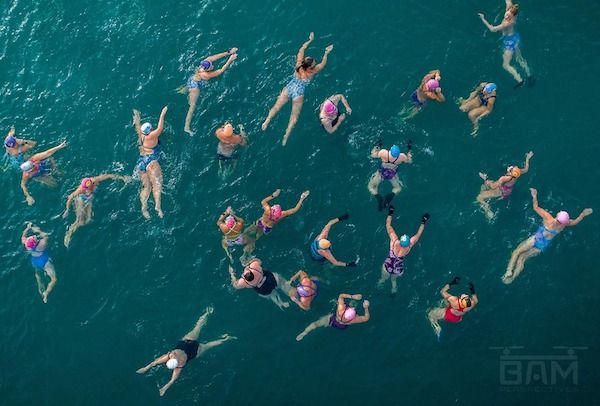 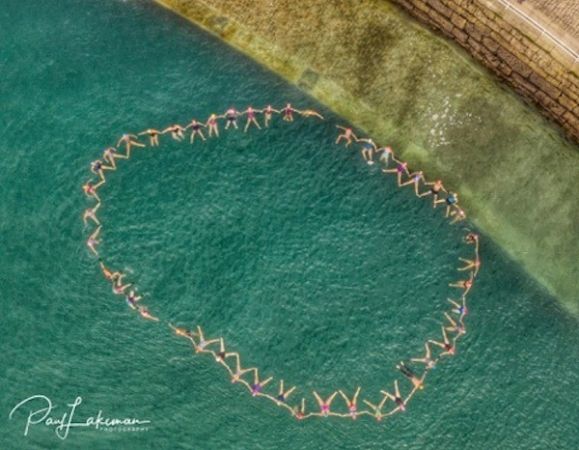 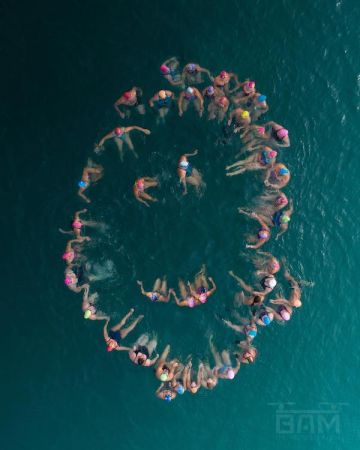 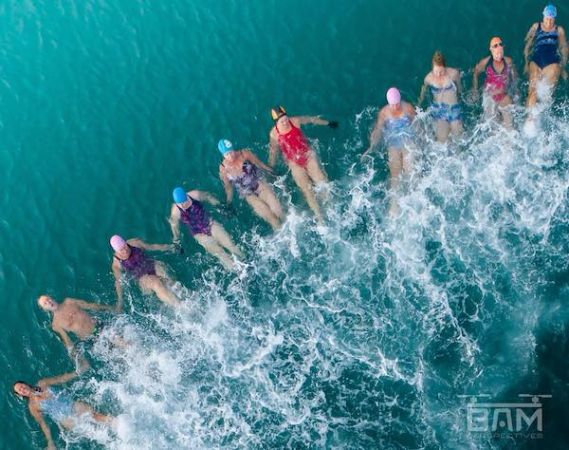 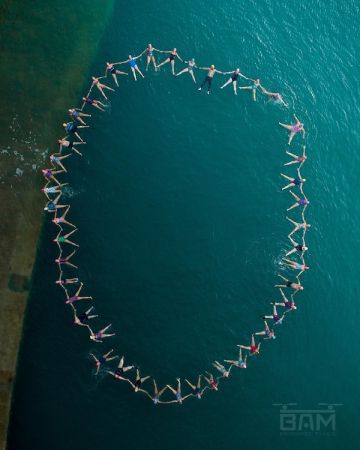 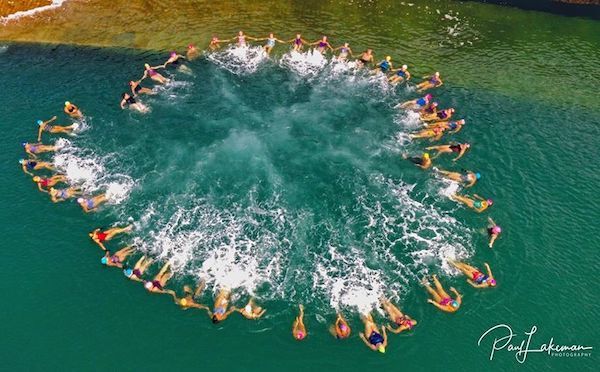