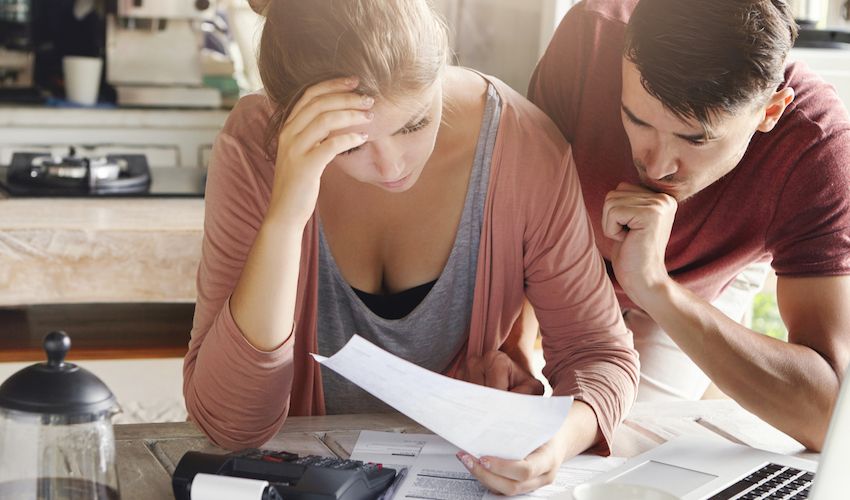 “Habitual tax debtors” have been warned that they will be hit in the pocket if they don’t pay their taxes on time, as part of an overhaul of the tax system in Jersey.

They will be charged interest on their debts under a new system which is attempting to streamline the island’s current tax law which was described by the Treasury Minister as “archaic” and “inefficient”.

The new law was discussed at a Scrutiny hearing where Treasury Minister, Deputy Susie Pinel, and the Comptroller of Taxes, Richard Summersgill, were grilled about what the draft Revenue Administration Law will mean for Jersey taxpayers.

Mr Summersgill explained that charging this interest on tax debts will not only act as a disincentive for late payments, but it will also mean that the Taxes Office won’t have to go to Court in order to resolve tax disputes.

Pictured: The Treasury Minister and the Comptroller for Taxes were questioned about the details of the new Revenue Administration Law at yesterday's Scrutiny hearing.

The Comptroller told the Scrutiny panel: “Civil penalties are much easier to operate, it doesn’t clog up the Courts with unnecessary business. It makes it easier for the administration to operate the tax system with the least possible resource.”

Later on in the hearing, Mr Summersgill elaborated on how the penalties would make things “easier” for the department. He said: “If you are a habitual tax debtor, you don’t pay your taxes on time, the most important thing you’ll notice is you start being charged interest on the debt so it doesn’t lose its real value to the people of Jersey.

“In terms of the civil penalties, I think the important thing there is that we don’t need to drag people into Court.” The Comptroller added that it also avoids having “to settle with taxpayers without taking them into Court” which he said is “commonplace” under the existing legislation.

“That isn’t very transparent, it’s not very clear so the new civil penalty regime will make that a lot clearer for everybody”, he commented.

Pictured: The Comptroller of Taxes Richard Summersgill explained the changes that are going to be made to Jersey tax law in the next few years.

Mr Summersgill indicated that there will be a clear divide in penalties for those who make an innocent mistake on their tax return, and those who are attempting to deliberately mislead the Department.

The interest rate at which tax debtors will be charged is yet to be decided.

The Treasury Minister added that the new arrangement will work both ways for taxpayers. She told the Scrutiny panel: “It’s also a reciprocal agreement on the interest side of things, because if tax is overpaid it will then be paid back with interest in the same way that it would be charged on underpayment with a bottom level of £300."

Elsewhere in the hearing, it emerged that the Taxes Office is currently testing the software that will allow islanders to file their taxes online and they are hoping to launch this digital portal in 2020.