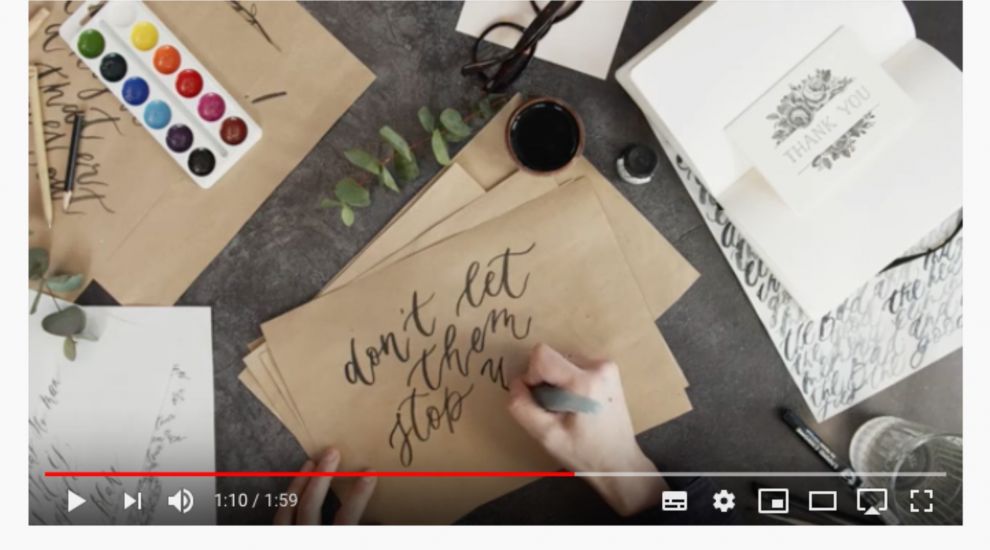 A JCG teacher has been using her time in self-isolation productively by creating a feel-good rap song, telling students to "sit tight and remain calm."

Jennifer Morris (a.k.a. 'Macklemorris') is Head of Italian, and teacher of French at Jersey College for Girls. She has been in self-isolation for two weeks after returning from a school trip to Italy.

Miss Morris has been sharing her musical talents with her students for a while, initially inventing the persona of Macklemorris (a play on Macklemore) as part of a competition which encouraged students to write a song in French. Miss Morris produced a song of her own, recruiting other teachers to help out with their media, song-writing and singing talents.

For her newest song, 'Values', Miss Morris has taken a "London trap approach to music".

The title of the song is inspired by the four JCG school values, ‘aspire, inquire, excel and belong’, which also form part of the lyrics.

Miss Morris explains that she "made this particular song to bring some cheer". She says: "One of my classes requested a new song in the morning and by the end of the evening, I’d sent it to them. I thought to myself if anyone needs a cheesy Macklemorris song right now, it’s them!"

The song, which has gained over 800 views in just one day, opens with Miss Morris rapping: “In my voluntary self-isolation, I’ve found my inspiration.”

However, she then goes on to confess: “To keep calm now that they’ve cancelled all exams, I’ll be binge watching pet videos repeatedly on Instagram.”

Throughout the song, Miss Morris shows how much she misses her students and colleagues, with a “shout-out” to her “JCG crew”.

Part of her inspiration for writing the song was her Year 13 form group, who have all been working hard towards their A levels. She explains that she wanted to do something "special for them", after the announcements of school closures and exam cancellations have caused a "turbulent" week.

As well as a being amusing and uplifting, the song also provides some practical advice on how to look after yourself while in isolation. Miss Morris tells others to “sit tight and remain calm”, and to remember to “look after yourselves and stick to a routine, do that and stay active and you’ll be living the dream”.

The song has received huge amounts of positive feedback after JCG shared it on their Facebook page.

Delighted with the response, Miss Morris says: "I think enjoying music and making music are such important elements of humanity which bring a lot of joy to people. If you can make music, then share it with others. I may not be Stormzy or Macklemore himself, but I’m glad to have made people smile.​"