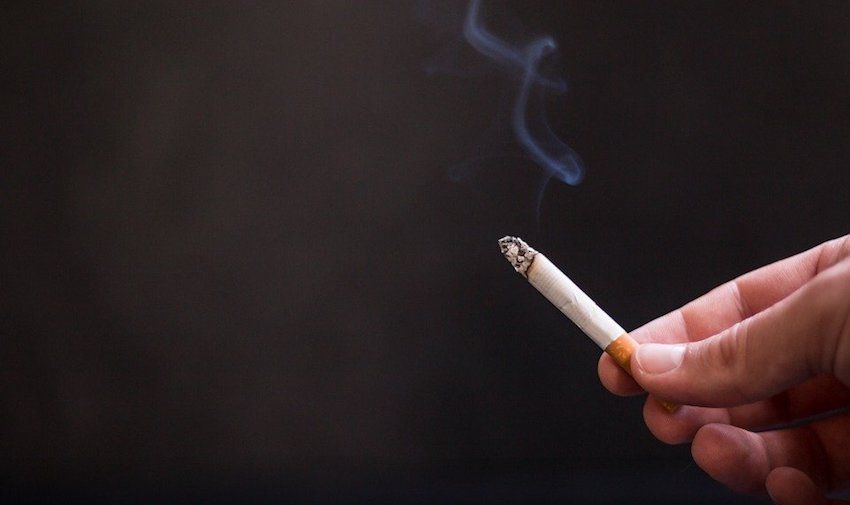 A teenager has been handed a year-long probation order after she flicked a lit cigarette into a Police Officer’s eye, whilst he was trying to arrest her.

The eighteen-year-old appeared in the Magistrate’s Court to be sentenced for the incident described by the judge as “quite disgraceful.”

She was charged with resisting arrest, causing a breach of the peace, and assaulting a police officer.

Legal Adviser Simon Crowder, appearing for the prosecution, summarised the facts of the case which took place in the early hours of 14 September this year.

Mr Crowder explained that Police were called to Liberation Square due to a “disturbance” which had resulted in one of the teenager’s friends ending up “unconscious on the ground.”

As a result of her behaviour in the square which involved “kicking towards” one of the men on the scene, one Police Officer tried to arrest her and she apparently resisted and swore at him before the Court heard she “flicked a lit cigarette” towards him, and it “connected with his right eye.”

The whole incident was captured on CCTV which was shown in Court.

In a victim personal statement, the Officer said that when the cigarette touched his eye “he experienced an excruciating burning sensation” and he had to go to the Emergency Department to ensure his eye “wasn’t permanently or significantly damaged.”

Mr Crowder continued, saying that the officer “was immensely fearful that it would be damaged, but it wasn’t.”

The statement described the pain, soreness and discomfort the assault caused the policeman and how his “vision was obscured for about 24 hours.”

Advocate Luke Sette, representing the teenager, remarked upon the CCTV footage demonstrating the “charged atmosphere in which this offence took place,” adding that his client’s “emotions were heightened” because of what had happened to her friend as well as some personal matters which had also taken place that day.

It was this “fragile emotional state” which Advocate Sette said led to the teenager's behaviour on the night in question and that she was “deeply ashamed of her actions.”

The Court was told that she has written a personal letter to the Police Officer apologising for the assault.

He also emphasised that the cigarette was something she “just so happened to be holding” at the time, and there was no suggestion that it was intentionally used as a weapon, but rather that “in a moment of frustration, she reacted without thinking.”

With these matters in mind, Advocate Sette invited the Court to impose a community based sentence to ensure that his client could continue to work.

Handing down his decision, Relief Magistrate David Le Cornu, presiding, said: “This was quite disgraceful behaviour… The Police have a difficult job as it is, without having to suffer being assaulted. It’s a matter of luck that the officer didn’t suffer a more permanent injury.”

The Relief Magistrate continued that whilst this offence would “normally attract a custodial sentence,” considering her age and the fact she has no previous convictions, he felt he could avoid sending her to prison.

With this, he imposed a 12-month probation order and made the teenager pay £200 in compensation to the officer she assaulted.