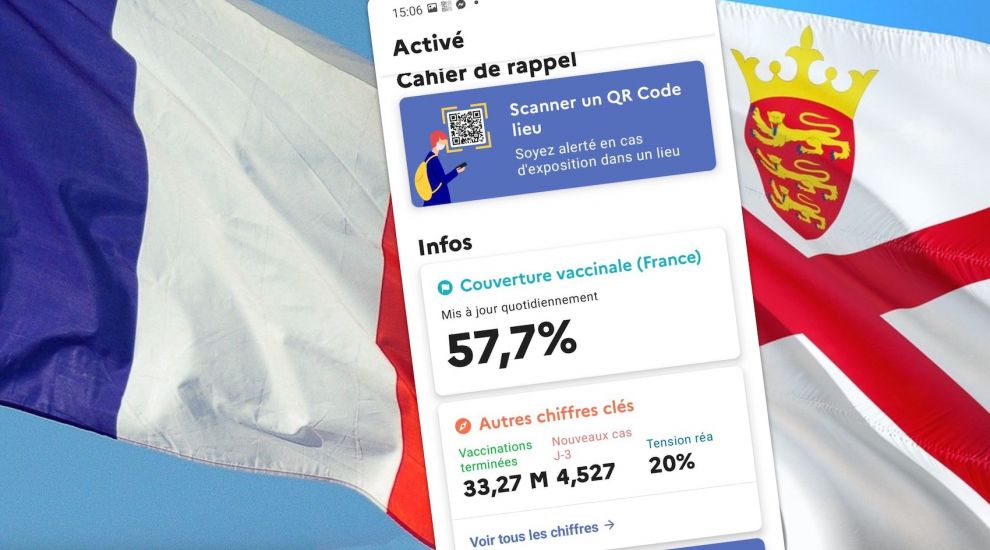 The Government has developed temporary solution for islanders who are travelling to France in August and require a ‘Pass Sanitaire’ to enter certain venues.

It has been a requirement to show vaccine proof in France to enter places of leisure and culture, which bring together more than 50 people, since 21 July. These venues include theatres, festivals, and amusement parks.

The French Government intends to extend this measure to cafes, restaurants, shopping centres and travel from this Monday, pending approval by the French National Assembly.

This was originally planned for 1 August but has been delayed.

The Pass Sanitaire requires a person to present a QR code in an EU Digital Covid Certificate format.

Jersey’s paper Covid Status Certificates do not have a QR code and so do not currently work with the French system.

This caused some Jersey travellers to have difficulty entering venues.

The Council of Ministers have approved the interim solution while a Jersey digital covid certificate is developed.

The fix will be an emailed QR code available from Friday 13 August, once testing work with the NHS is complete.

Islanders can call the helpline to request a certificate.

People traveling to France in August will be able to request a QR code certificate on a PDF document that can be scanned into the French ‘TousAntiCovid’ App or presented as a PDF at the relevant venues.

External Relations Minister Senator Ian Gorst said: “The Pass Sanitaire situation is developing at speed. The Jersey digital covid certificate is being developed to incorporate a QR code, but due to development times, delivery is planned for the end of August, at the end of the school holidays and after the popular travel period to France.

“We have close cultural ties with the French mainland, and we know that islanders enjoy spending time in France in summer.

“This interim solution is for those double-vaccinated Islanders who will be in France in August to avoid any problems when trying to access places where a Pass Sanitaire is mandatory."

The Government said that islanders planning to travel to France in September should not contact the helpline and instead wait to hear more about the new permanent system.

Pictured top: A screenshot of the French 'Pass Sanitaire' app.

Posted by Martin on Aug 5th, 2021
It is good this is progressing BUT do we need a negative test for C19 before we go to France?
Posted by IanSmith97 on Aug 5th, 2021
I thought the certificate was well done but it seems we put on it a bar code (20th century technology) instead of a QR code (21st century technology).
Posted by Richard Ireson on Aug 5th, 2021
No test needed to enter France if you have the double vaccine, we entered France on a private boat, shwed customs our passport and vaccine cert, they were very courteous.
To place a comment please login Login »