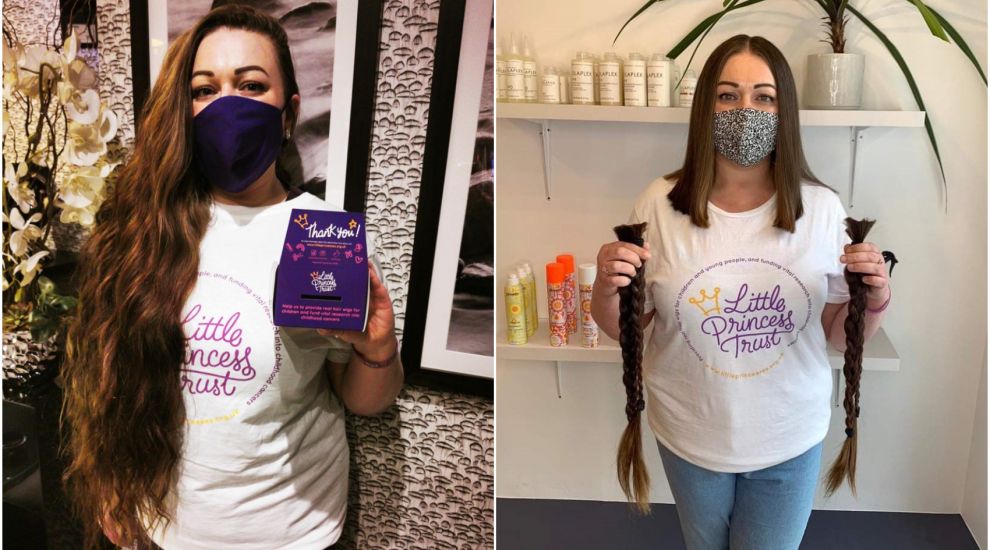 A local therapist has given up her long locks in aid of a charity which creates wigs for ill children who have lost their hair.

Simone Houghton, who works at the Grand Hotel and Spa, had 23 inches of hair cut off yesterday in support of The Little Princess Trust, a charity which provides wigs to children who have lost hair due to cancer treatment, alopecia and other conditions.

As well as donating the hair itself to the charity, she has also set up a JustGiving page to raise funds for the creation of the wigs, initially setting a target of £550, the cost of producing one wig.

“I’ve always had long thick hair, and I knew of the Little Princess Trust, as a family member of mine donated some hair a while back,” Simone explained to Express.

She said she had already “fancied a change” in style and was going to get a little bit cut off, when she saw a post by the Little Princess Trust saying they were in need of hair 16 inches or over, which she fitted the bill for. 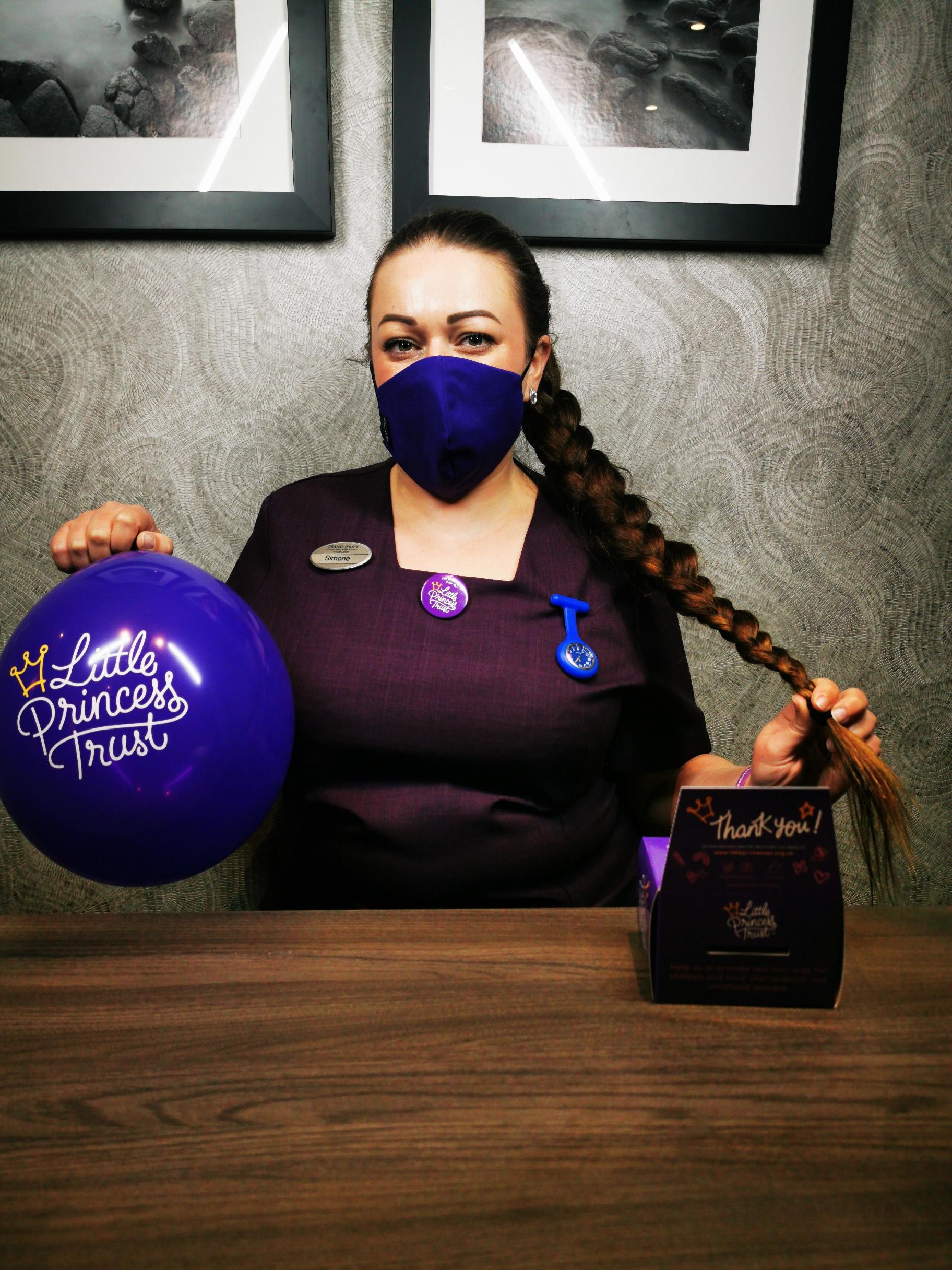 Pictured: Simone before getting the haircut.

She also added that on a personal level she had seen the effects of cancer first-hand, with her father having had treatment for a kidney tumour, as well as other friends she has known in the past have battled the illness.

The combination of both the fateful timing and these personal experiences, gave Simone the push she needed to go under the scissors, finally getting the cut yesterday.

Whilst she had initially only planned for 20 inches to be chopped off, she ended up taking an even bigger plunge and getting 23 inches cut, a big change considering the last time she had her hair mid-shoulder length was 17 years ago when she was at school.

Though she described going into the hairdressers’ seat as initially “daunting,” she said that she was “really happy” with the eventual result.

Speaking about the response to her pledge, she said “it was amazing, because I hit the £550 [yesterday] morning, before I’d been to the hairdressers,” praising the kindness of family, friends and strangers alike, with the fundraiser now well over £600. 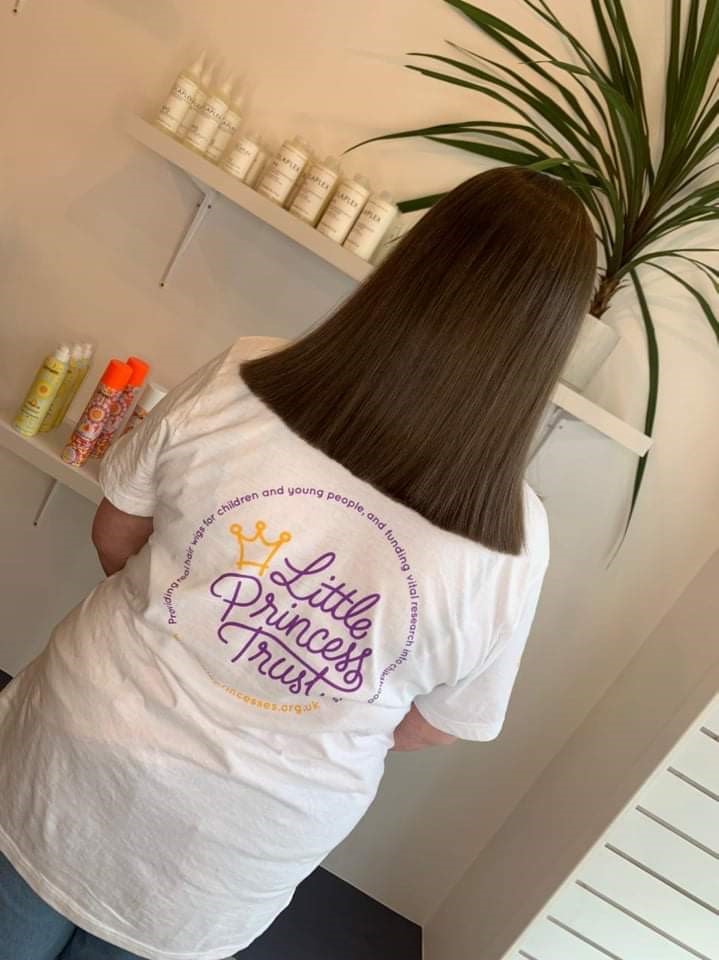 Pictured: Simone had 23 inches of hair cut off to donate to the Little Princess Trust.

“The fact I’ve managed to hit my target during a pandemic, it shows how generous people can be - it’s a hard time for everyone, so it’s been great that everyone’s chipping in,” she continued, noting how she even had clients from the Grand dropping her a donation and a message.

Simone is now encouraging others to get involved too, remarking that: “I’ve already been onto my sister-in-law!"

She added that “the minimum donation is seven inches, so a lot more people could have it done."

For those wanting to help out but who are a little scissor-shy however, Simone’s fundraiser is still online, with all proceeds going to the Little Princess Trust.

Local hairdresser steps back in time with vintage salon