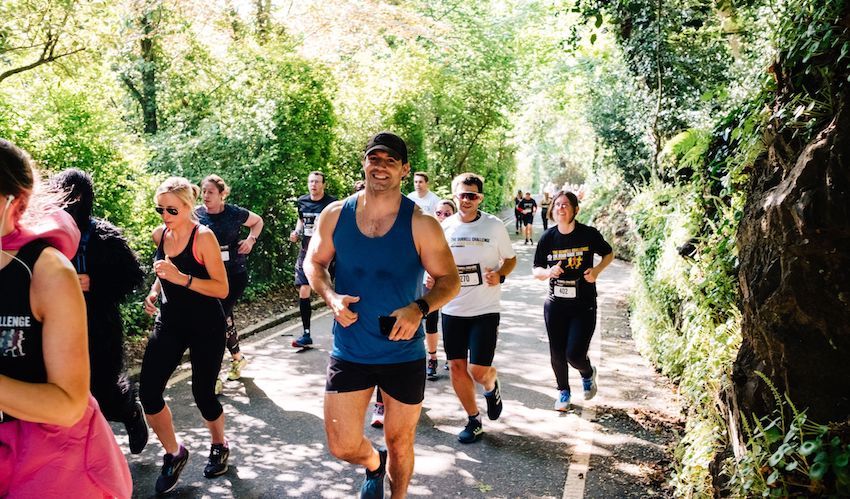 21 countries, 560 runners and one Superman - the fourth annual 13km road race challenge in aid of Durrell took place over the weekend and the results are in…

The fourth Durrell Challenge, which tested athletes’ endurance over a 13km route from Victoria Park to the zoo, saw over 560 competitors joined in the race by Henry Cavill – Durrell’s global ambassador – to raise funds for the Conservation Trust.

The money raised from entries to the race will go to the zoo, as it continues to work towards its £60,000 target in time for the 60th anniversary this year.

Pictured: Jersey's own 'Superman' joined runners in the challenge.

The winner of the race and the first male competitor over the line was Sam Maher in a time of 46minutes and 24 seconds, setting a new course record for the challenge.

The winning woman was Rebecca Thompson, with a time of 52minutes and 48seconds.

Also taking part this year was Durrell staff member Will Highfield, disguised as a gorilla - one of the zoo’s main attractions – who completed the race in full costume.

Commenting on the event, Durrell’s CEO Dr Lesley Dickie said: “We are delighted that this year has seen the largest field of runners taking on the Durrell Challenge. It has been fantastic to see this event keep growing and we are particularly grateful this year for the support from Butterfield. Also a huge thank you to our ambassador, Henry Cavill, for once again supporting this event.

“Well done to all the runners that took part in this challenging run and enormous thanks to those that raised funds to support our work saving species both in Jersey and around the world.

"We are well on our way to reaching our target of £60,000 which would be a fantastic achievement in our 60th anniversary year.”

Children also enjoyed an educational detective task around the grounds called ‘Mission Possible’, which was sponsored by Appleby.

The full race results are available on Durrell's website here.