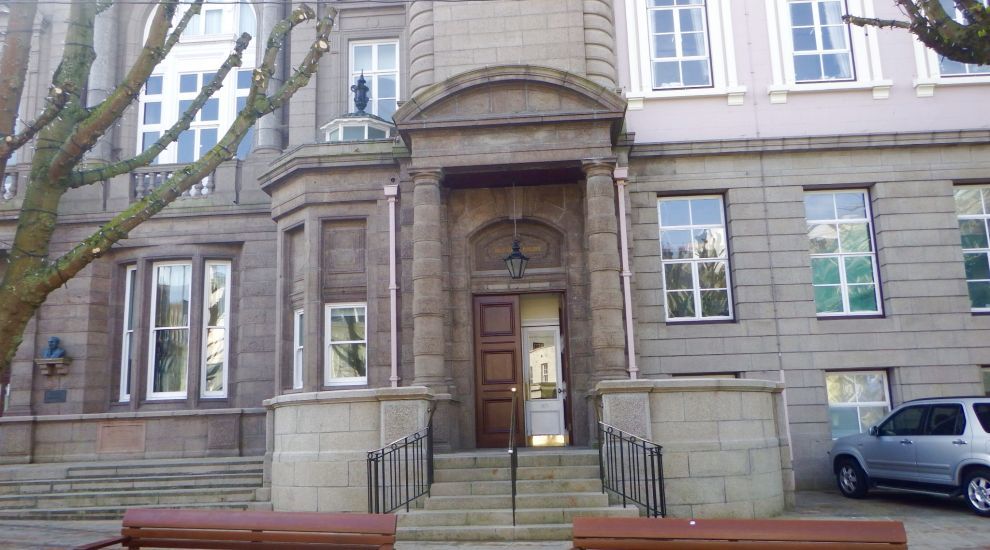 The trial of a man accused of murdering a woman in 2018, and disposing of her body at a local beach, has begun in the Royal Court.

Jamie Lee Warn is appearing before Commissioner Sir Michael Birt, and an assize jury. He denies the charge.

Opening the prosecution's case, Crown Advocate Simon Thomas alleged that Mr Warn murdered 37-year-old Zsuzsanna Besenyei, whose body was found at Stinky Bay on 16 May 2018, and who he said Mr Warn had been having a "secret sexual relationship" with.

He told the court that Mr Warn killed her on 10 May 2018 and kept her body in the boot of her car for three days; he said he had made internet searches on his phone seeking information about how he could cover his tracks.

He alleged Mr Warn then disposed of her body on a beach on the north west coast of the island when he knew it would be low tide, and then drove her car to St. Aubin's Bay, to give the impression that she had committed suicide.

He suggested that Mr Warn had been engaged in an "elaborate cover up," and was "trying literally to get away with murder."

Outlining some of the evidence, he said that during the week prior, Ms Besenyei had been texting Mr Warn asking him when he was going to give her money she had been expecting from him.

On 10 May, he said that she left her house after 18:00, driving to Mr Warn's flat at Pomme D'or Farm in First Tower at 18:30 - he illustrated this using CCTV evidence he said showed Ms. Besenyei driving there, as well text exchanges, and cell data showing the location of her mobile phone.

He said that the last e-mail she sent that night was at 19:30, and that this was "the last indication she was alive."

Advocate Thomas showed CCTV footage taken at 20:20 on the same night, involving a man he said was Mr Warn walking into the First Tower Checkers.

In the footage, the man buys a bottle of hand sanitiser, something Advocate Thomas called a "very specific purchase," and the "beginning of the defendant's attempts to cover up what happened to" Ms Besenyei.

It was between Ms Besenyei's arrival, and this time, that the prosecution allege Mr Warn killed her.

Advocate Thomas also showed CCTV footage of what he told the jury was Mr Warn driving Ms Besenyei's car into First Tower car park the morning after, where it had remained until the late hours of Sunday night/early hours of Monday morning, when he said Mr Warn took the body out to dispose of it.

He said that having looked at all CCTV footage of people approaching the car in the car park, the only person who was ever seen approaching it was Mr Warn.

Advocate Thomas also suggested that on the weekend after the alleged murder, Mr Warn had been using Ms Besenyei's phone to send texts implying she was still alive, noting that Mr Warn and Ms Besenyei's phones were responding to the same cell mast areas on several occasions.

Advocate Thomas then told the jury that in the early hours of Monday 14 May, Mr Warn’s mobile phone connected to a number of cell masts which aligned to travelling north-west, and after this, to a Guernsey mast.

He said an expert would tell them “when you’re down on a beach, your phone communicates with Guernsey masts because the cliffs and the geography prevent communication with the Jersey masts,” and that this mast pinpointed Mr Warn’s phone as being at Stinky Bay.

He also showed CCTV footage from that night of what he alleged was Mr Warn driving to Stinky Bay and back to St Aubin, in a car which he said had been identified by an expert as “consistent” with Ms Besenyei’s car.

Following this night, Advocate Thomas said Mr Warn had phoned the police to give details, and that he tried to “point the finger of suspicion” at her ex-boyfriend in what he suggested was a “blatant attempt to mislead.”

Police took a statement from Mr Warn on 15 May, which the prosecution alleged had a number of “lies” in it, including that there was “no sexual relationship” between the pair.

After Ms. Besenyei’s body was found on 16 May, another statement was taken from Mr Warn on 23 May, where he said he had not had full intercourse with Ms Besenyei, but had performed sexual acts on her in the past and received intimate pictures from her.

In the statement he said that on the evening of 10 May, Ms Besenyei had visited him, but that he had spent the rest of the evening at his girlfriend’s, and that on 13 May, he had stayed at his flat all evening.

On 25 May Mr Warn was arrested by police on suspicion of murder; he is being defended by Advocate James Bell.

For legal reasons, Bailiwick Express does not accept comments on court stories.