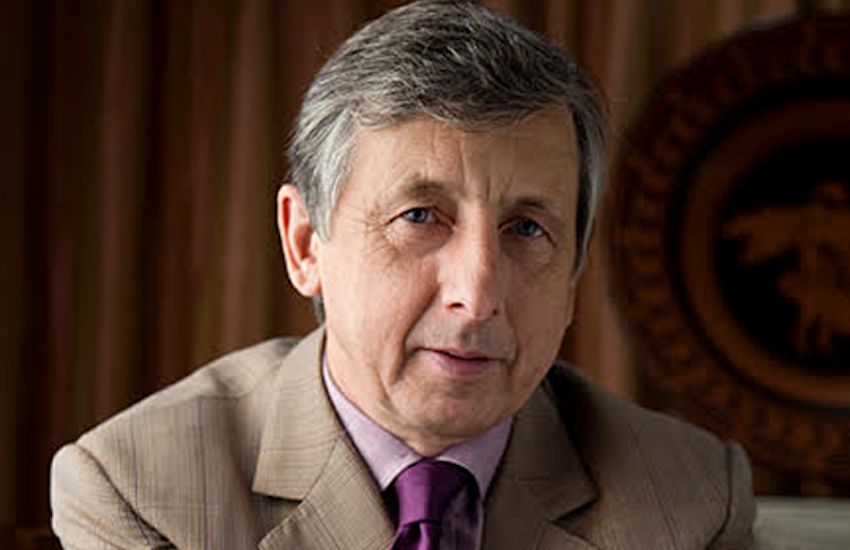 Tributes have been paid to an esteemed and colourful collector who fiercely supported Jersey's arts scene and paved the way for a scheme requiring local property developers to build beauty into their plans, after he passed away last week.

Philip Hewat-Jaboor, a private art advisor for collectors, museums and designers on buying and selling paintings, furniture and works of art, died on 31 March after what has been described as a "brief" and "sudden" illness.

Mr Hewat-Jaboor’s passion for eclectic collecting was ignited by his grandfather, who he recalled had “carefully mixed Chinese ceramics with British sporting pictures and English furniture in his home”.

He started his auction career at Sotheby's Belgravia in 1972, and in 1982 opened a consultancy business with the aim of providing independent advice for new collectors.

He also co-curated exhibitions held at the Bard Graduate Center for Studies in the Decorative Arts in New York and at Dulwich Picture Gallery, as well as at the Victoria and Albert Museum in London.

Since 2012, he had been Chair of Masterpiece London.

Locally, Mr Hewat-Jaboor was instrumental in the conception of the Jersey Percentage for Art scheme, which aimed to form an island-wide collection of primarily sculpture commissioned work from leading British artists.

He was also well known in the island for his granite gallery-like home in Jersey, which Architectural Digest once described as a “verdant, objet-filled oasis”.

The Art Newspaper, which reported tributes from across the national arts scene, said he would be remembered as a “kind, flamboyant character, one who drove a Bentley with custom porphyry-effect paintwork—such was his devotion to the stone.”

In 2017, he was appointed the Chair of the Jersey Arts Trust, which later became ArtHouse Jersey.

“I am simply devastated at the loss of Philip, both on behalf of ArtHouse Jersey and as my very dear friend and mentor,” said Director Tom Dingle.

“Philip was the consummate gentleman and one of the most generous people I have ever known, showing generosity in every way possible; with his resources, his networks, his wealth of knowledge, his hospitality but most of all with his time and care.

“His encouragement, help, wit, laughter and support made what we have tried to achieve at ArtHouse Jersey possible and his loss is incalculable. I cannot express how much I will miss him."

He is survived by his other half of nearly three decades, milliner Rod Keenan, and his family, as well as his “frisky kittens”, Hathor and Horus, who were reported in the New York Times to have given him “much joy in his declining days”.

The notice said he had died in Jersey following a short illness, “one day shy” of his first wedding anniversary with Rod.