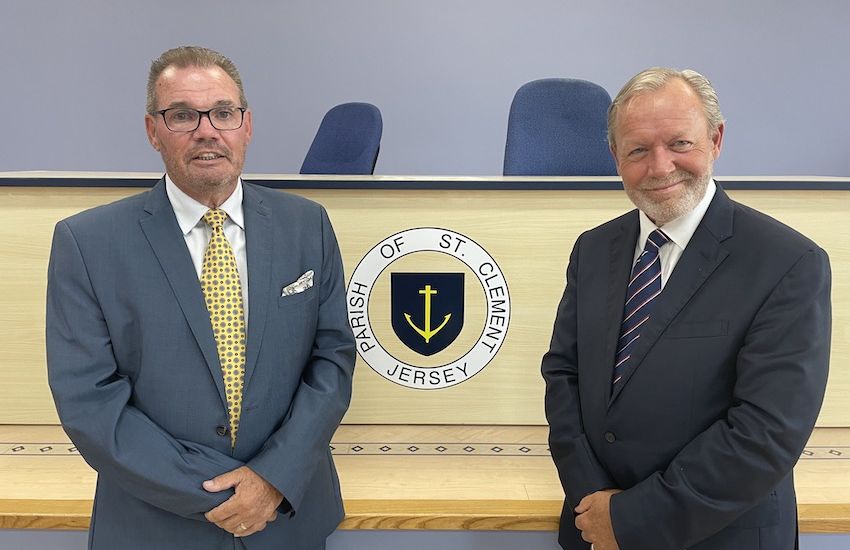 There will be a two-way contest to be the next Constable of St. Clement, following the recent death of former Home Affairs Minister Len Norman. 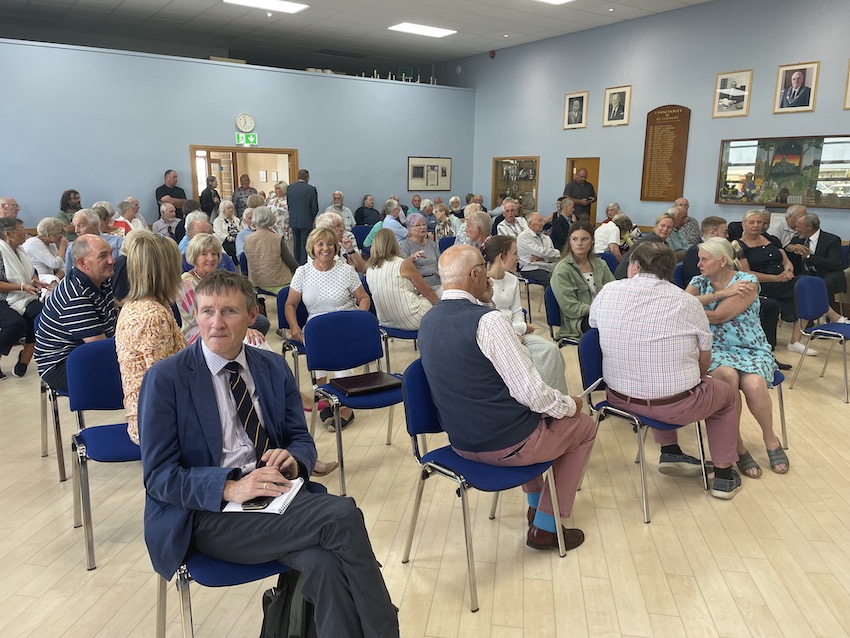 Pictured: St. Clement's Parish Hall was full for the meeting.

He described the owner of the former Shakespeare Hotel as a "capable and glass half-full person with a can-do attitude. He has a proven record of social awareness, generosity and public service, and a well developed sense of humour."

Mr Troy is a former committee member of the Hotel and Guest House Association (now the Jersey Hospitality Association) and a President of the Leo (young Lions) Club. He has also been a Chairman of Le Rocquier School's Board of Governors. 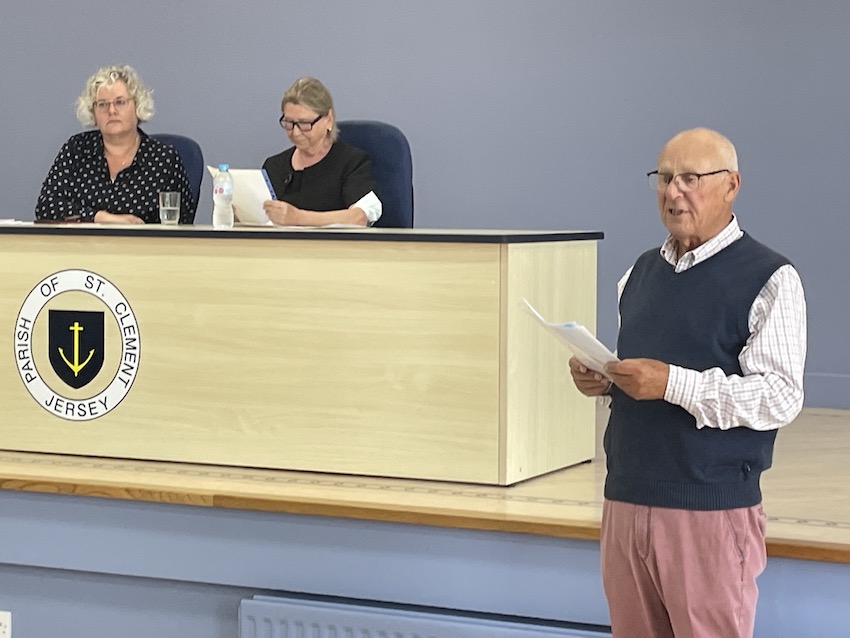 Simon Brée was proposed by George Gaudin and seconded by another former Deputy, Gerard Baudains. He served as a Parish Deputy from 2014 to 2018, following a career in the finance industry, as well as being a Parish Roads Inspector.

Mr Gaudin said: "He has a proven connection and record of service to our Parish, and has the energy, knowledge, ability and integrity to take on the responsibility of being the next Constable of the Parish. 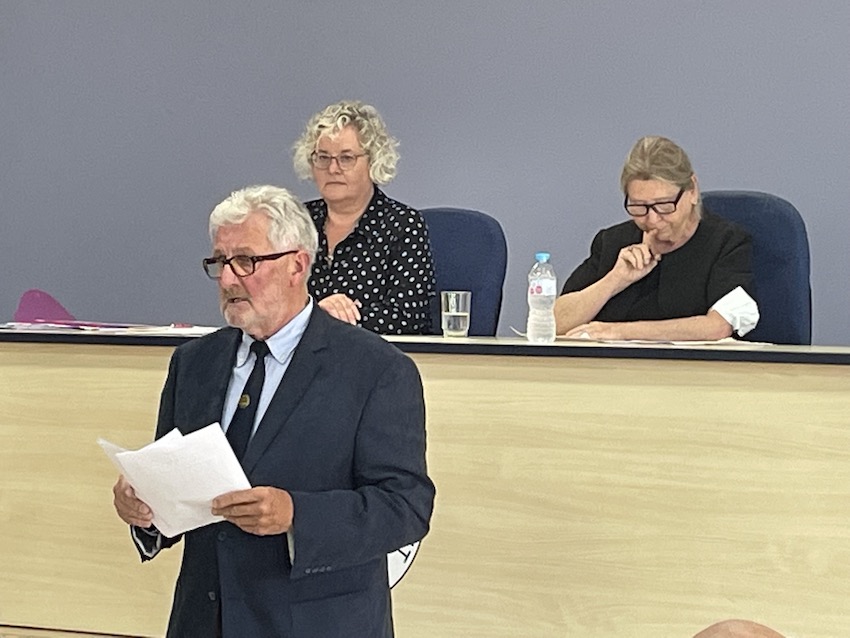 Both proposers spoke of their sadness at the loss of Constable Norman, saying his record of service to "god's own Parish" is unlikely ever to be equalled. Constable Norman died several weeks ago, after a career spanning 37 years in the States of Jersey, in all three elected roles.

The nomination was chaired by the Parish's Senior Procureur, and retired Advocate, Sue Pearmain, who reminded parishioners that the election will be held on Wednesday 28th July, with the winning candidate being sworn in by the Royal Court two days later.

They will take on the role until Jersey’s next General Election on 22 June 2022. 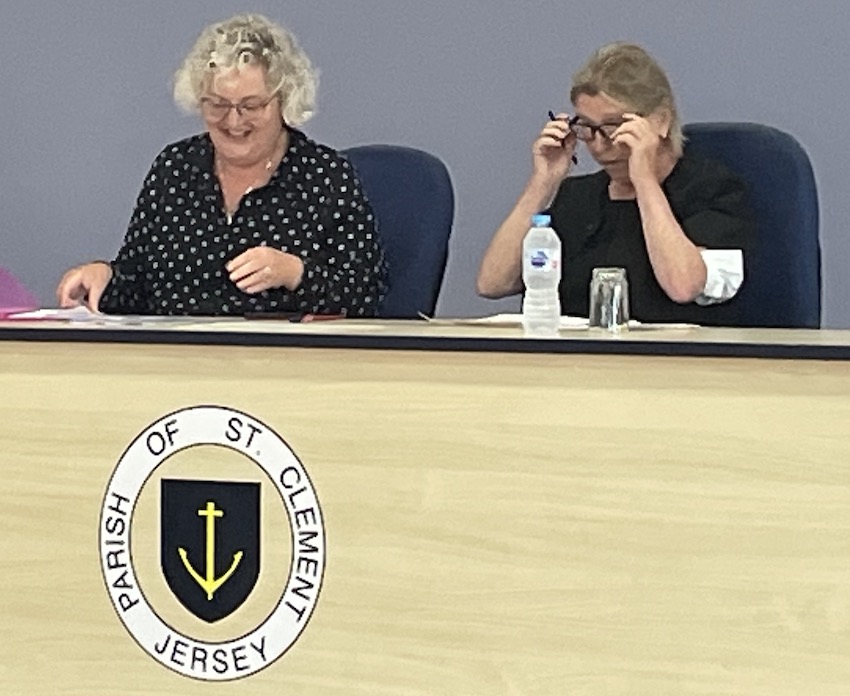 Pictured: the meeting was chaired by the Parish's Senior Procureur, Sue Pearmain (right)

Any St. Clement resident aged 16 and above is eligible to vote, as long as they are registered - registration to vote in the by-election is open until Wednesday 21 July.

The online registration form can be found HERE.

Posted by Keith Marsh on Jul 1st, 2021
Good luck to both of them ~ they have VERY big boots to follow.
Posted by Paul Troalic on Jul 1st, 2021
Glass half full, what a strange indictment. I'm sure it means something important but it goes over my head frankly.
Surely it's about time these positions were exempted from the States Assembly. They are not politicians, they are 'fathers' of the Parish and should concentrate on these duties of which there must be many.
Posted by nigel pearce on Jul 1st, 2021
I have to agree with Paul T.
The Constables should be removed from the States Assembly (I also dislike the ‘Government of Jersey designation) and not replaced. Also, any payment to the Constables should be made individually by their parish and not by the States.
Posted by Robert Gabriel on Jul 1st, 2021
In reality it doesn’t matter which candidate the residents of St Clement vote for as neither of them are particularly inspiring.
To place a comment please login Login »