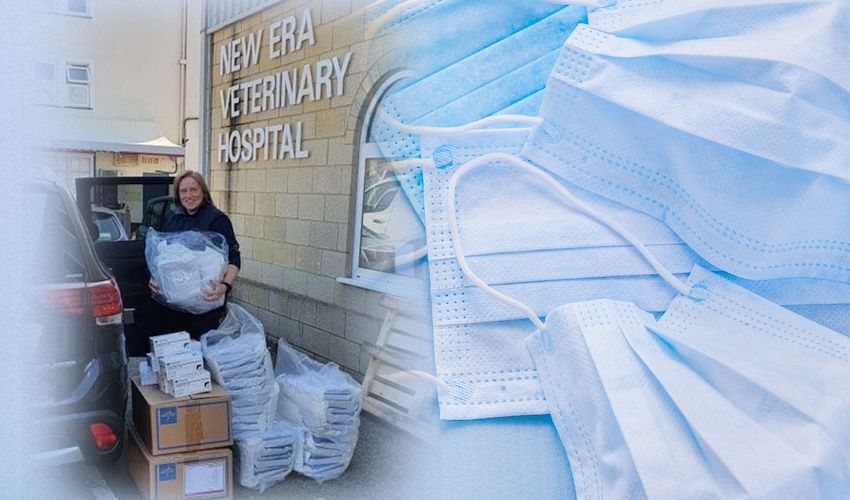 A veterinary surgery has donated hundreds of sterile gowns and medical masks to the hospital after reportedly being approached by health workers who didn’t have enough to go around.

New Era Veterinary Hospital posted about the donation, as they criticised the government for not supporting vet services during lockdown.

Having stocked up ahead of the current health crisis, the vet surgery claimed that they made the donation after being approached by their colleagues at the Health Department facing a shortage of personal protective equipment (PPE).

Although New Era themselves require PPE to carry out animal surgeries, they have passed on 160 sterile gowns and 500 masks to medical staff in their time of need.

When asked at a web press conference this week to respond to rumours that an order of PPE in the hospital wasn’t signed off recently because of cost, the Chief Minister said that he was “not cited” on that particular order, but said that “if people need it [PPE], we will get it".

He went on: “It’s not a cost issue on that front at all – I think we’ve made that clear throughout the whole period of time."

Speaking more generally about PPE for health workers, Senator John Le Fondré said he believed the hospital already had “enough gowns”, but added that a bulk order of 20,000 face masks has either just been received, or will shortly be received, as well as an increase in the supply of gloves.

He noted that there were “other orders in the pipeline” - one due “imminently, and another further away”.

However, the Facebook post from New Era claims that there are health workers in the hospital and in the community, who don’t have enough equipment to protect themselves from the virus.

Pictured: Chief Minister John Le Fondré denied that cost is an issue when it comes to ordering PPE for hospital workers.

The group states: “We were approached by our medical colleagues as they didn’t have enough for all the doctors and nurses that are working at the hospital and in the community. This is the veterinary staff trying to help out – as these people will be there trying to save all our lives if we fall ill.”

Describing the lack of support for veterinary services as “sad”, New Era criticised the Government for “fail[ing] to recognise the significant impact of vets moving to emergency-only”. The post suggested that this is “likely” to affect all veterinary practices in Jersey due to the fact they have been “excluded” from the business support schemes announced by the Government.

Veterinary services are one of the 20 sectors not eligible for the 80% wage subsidy announced by the Government late last week. These sectors were decided on due to the fact that they are industries “not likely to be significantly affected by covid-19 in the short-term.”

New Era suggested that the lack of support might force some vet surgeries to close.

“Will all the practices on the island still be here trying to help your loved furry animals when this is over? We sincerely hope so.”