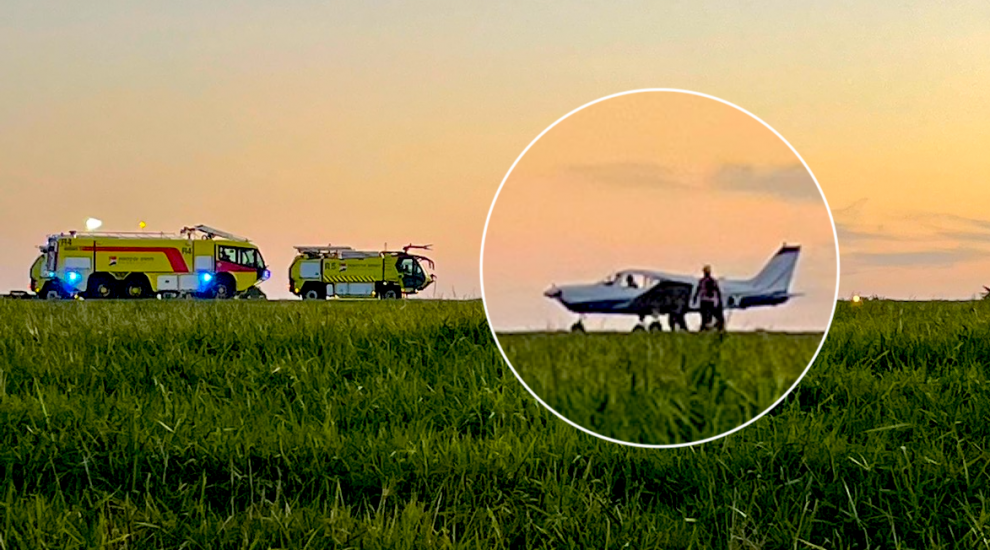 A light aircraft had to be pushed off the runway at Jersey Airport after declaring an emergency yesterday afternoon.

The light aircraft was returning from a training flight southeast of the island when the incident took place.

A Ports of Jersey spokesperson said that it landed safely but remained on the runway for around 25 minutes.

It was removed following an inspection, although the details of the incident have not yet been confirmed.

Footage captured by a nearby dog-walker showed the aircraft being pushed away with emergency vehicles in tow.

Video: The aircraft being pushed away.

The Ports spokesperson said: "At 16:18 yesterday a light aircraft returning from a training flight to the southeast of Jersey declared an emergency before landing at the airport.

"The aircraft landed safely at 16:26, but remained on the runway until 16:50, when it was removed following an inspection."

The incident comes less than two weeks after another light aircraft crashed into the sea off Jersey’s south-east coast.

Duncan Laisney and Paul Clifford were rescued by the St. Helier Inshore lifeboat after their Piper PA-32 Cherokee Six went down in the afternoon of 3 November.