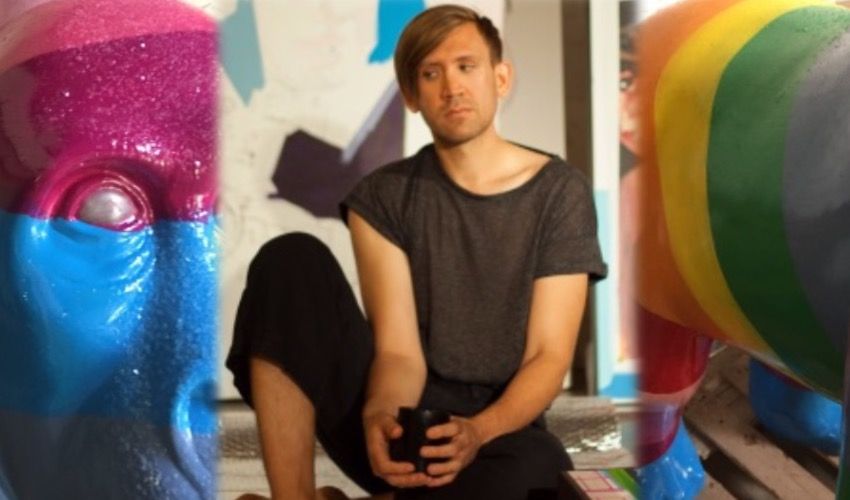 An artist responsible for creating the world’s ‘pinkest pink' paint, and sending hundreds of smiling clouds into the London sky, has turned his attention to apes – but his Jersey-based rainbow creation is in need of adoption.

British artist, curator and activist Stuart Semple might be well-known for his dispute with Anish Kapoor – a sculptor who bought the rights to the ‘blackest black', banning other artists from using it - but few are likely to be aware of his “huge fondness” for gorillas.

It’s for that reason he created a special rainbow edition to join Durrell’s ‘Go Wild Gorillas’ art trail – a project involving local and international artists, which goes live later this month and aims to raise funds for a new enclosure.

However, his gorilla is in need of adoption, and Durrell is on the hunt for an owner for it by the end of the week.

Video: For his public art project ‘HappyCloud," Stuart Semple released thousands of smiley faced clouds made from soap and helium from Tate Modern.

Over the past 20 years, Stuart has been the subject of numerous solo and group exhibitions internationally.

He is best known for his 'Happy Cloud' performance, which saw him release thousands of smiley faced clouds made from soap and helium from the Tate Modern toward the City of London.

In 2013, he was honoured with a 'Happiness Hero' medal on the United Nations’ first international day of happiness in recognition for his commitment to happiness.

Stuart has also been an ambassador for Mind, the mental health charity where he initiated a creative therapies fund, since 2011.

He rose to international fame in 2016 when he started a piece of interactive performance called #ShareTheBlack by bottling his “pinkest pink” and banning Anish Kapoor from using it.

Stuart then teamed up with 1,000 artists around the world to create ‘Black 3.0’, “the blackest black paint in the world”, which absorbs between 98% and 99% of visible light and is available to everyone - except Kapoor.

He provided some of the paint to Durrell, but also created his own gorilla - which is anything but black - for the trail.

Named 'True Colours', Stuart's gorilla is still looking for a sponsor and has to be adopted before the end of the week. 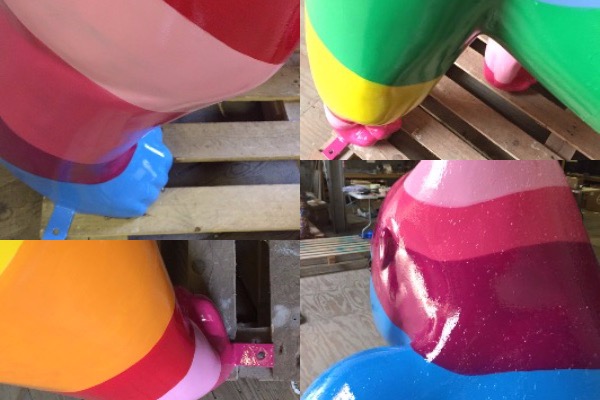 Pictured: Details of Stuart's gorilla which is still looking for a sponsor.

The artist was in Jersey at the end of June and visited Jersey Zoo where he said he had “the most incredible day”, learning how “art and conservation can come together to help re-wild our world!"

"I've always had a huge fondness for Gorillas, and wanted to celebrate their beauty,” Stuart said about his gorilla.

“For my design I have made a super-colourful rainbow gorilla to draw attention to the creature. Rainbows are rare, and they are magical and to me gorillas are the same, natural magic that needs to be respected, loved and supported.”

Find out more about the Go Wild trail...

A sneak peek at the wild gorillas...