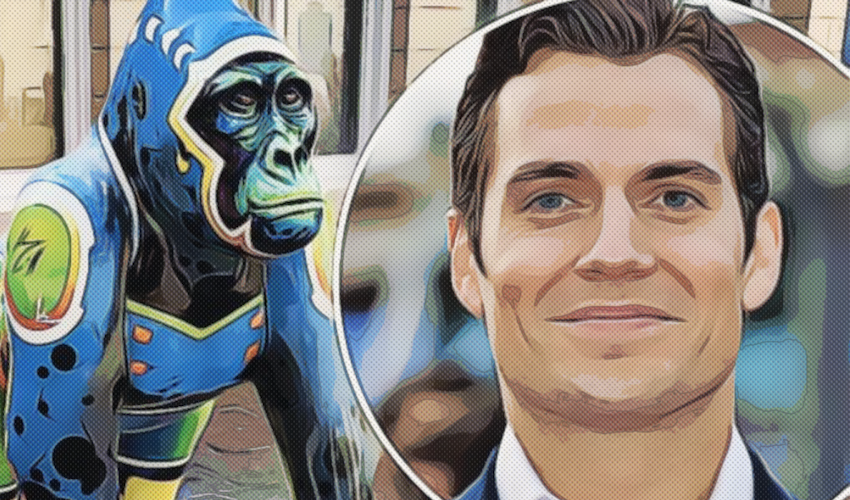 Is it a bird? Is it a plane? No! It’s a gorilla channelling its inner superhero thanks to a special, ‘signature’ touch.

The island has been going wild for 60-year-old Durrell’s sculpture trail to fund a new state-of-the-art gorilla house at Jersey Zoo, but one sculpture in particular is displaying some pretty ‘super’ qualities…

The sculpture series - supported by Express as media partner - was devised alongside ‘Wild in Art’ and saw local and international artists taking up the challenge of imagining designs for the originally plain gorillas.

Video: Watch 'Dynamic Hero' bring the pages of a comic book to life...

Now installed in pride of place in the Royal Square, comic book artist Kenneth Rocafort enlisted the help of Jersey’s very own Superman to make sure his gorilla put the ‘ape’ in ‘cape’.

The bold design of Kenneth’s creation ‘Dynamic Hero’ brings the pages of a comic book to life in the centre of Jersey’s town, but the finishing touch was applied by a real superhero as actor and Durrell Ambassador Henry Cavill flew in to make his mark on the sculpture.

Whilst in the island for the Durrell Dash, which Henry attends every year, he also visited Jane James’s studio where many of the gorillas now proudly on display around the island were still in progress.

Here, he added his autograph to the gorilla that has been sponsored by Durrell themselves.

In an exclusive interview after he signed the piece, Henry told Express that Kenneth’s design was his “personal favourite”, but added jokily: “I may be a bit biased!”

Commenting on the artistry, Henry said: “What Kenneth has done is absolutely incredible! I really love all the shout-outs to different retro comic stuff.”

The ‘Superman’ and ‘Mission Impossible’ star added that he was particularly struck by the way Kenneth had painted the gorilla’s face.

Pictured: Henry was particularly impressed with how Kenneth had rendered the gorilla's face and eyes.

“The impression you get when you first see the face is absolutely amazing. He’s captured a gorilla’s eyes remarkably.”

Speaking about being asked to add his signature to the sculpture, Henry told Express: “It’s an honour - and I don’t throw that word around lightly. To be able to sign some of Kenneth’s work like this is a real privilege and I consider myself very lucky.”

Henry hopes that the sculpture trail will allow “people [to] get out and about and they can really experience the island and nature”, and that the auction of the sculptures at the end of the trail will “raise some fantastic money for conservation with Durrell.”

Want to know where to find the gorillas? CLICK HERE.