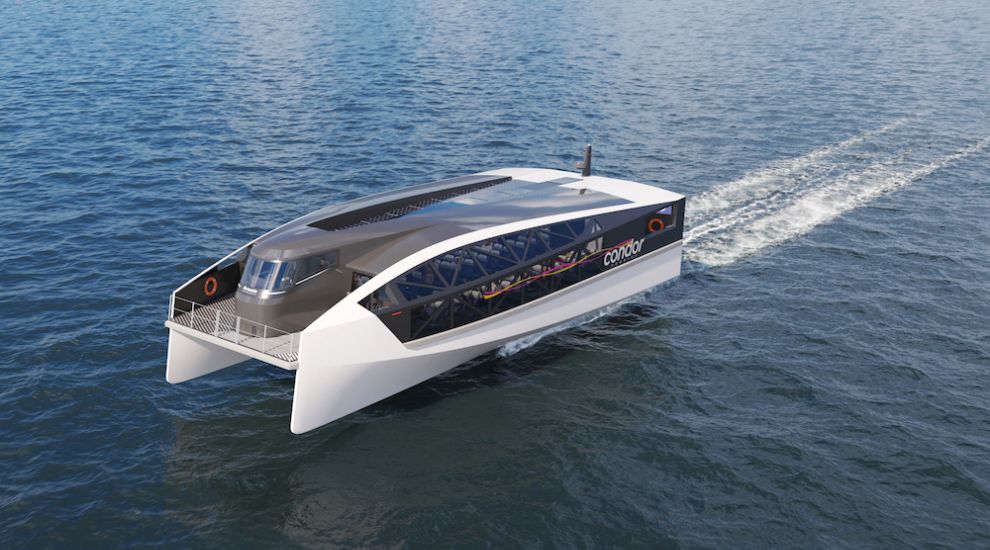 Designed by Artemis Technologies, the new ferry will be operated between Belfast’s Titanic Quarter and Bangor Marina, with an anticipated journey time of 30 minutes, from 2024.

Condor announced it had become the operational partner of the Belfast Maritime Consortium, who are leading the project, in April.

The ship, named EF-24, utilises a battery powered eFoiler system and is hoped to transport up to 150 passengers with a range of 100 nautical miles travelling at a top speed of 38 knots.

John Napton, Condor’s CEO, said: “We are really pleased to see the progress made by the Artemis team in Belfast in developing this concept into an operational mode of transport.

“Condor and our shareholder CTI are looking to the future and this includes exploring ways of reducing our carbon emissions and finding more sustainable travel solutions. Vessels, such as the EF-24, perfectly provide the clean alternative to traditional ferries.”

“We look forward to being the first operator to set sail in Belfast in 2024 with the world’s most advanced zero-emission foiling fast ferry.”

Artemis Technologies is a spin-off from the Artemis Racing team that competed in the America’s Cup of which its founder, two-time Olympic champion Dr Iain Percy OBE, is a four-time veteran.

Dr Percy said the EF-24 is “only the start” of the firms manufacturing plans in Belfast.

Posted by Martin on Sep 27th, 2022
If this is Solar powered - will the crossings in the Summer be quicker??
Ho Ho
Posted by Scott Mills on Sep 28th, 2022
sides my sides. It would make a great commute from st.aubin to st.helier.
Posted by David Kingham on Sep 28th, 2022
All sounds wonderful , however lets see what 2024 brings.
To place a comment please login Login »