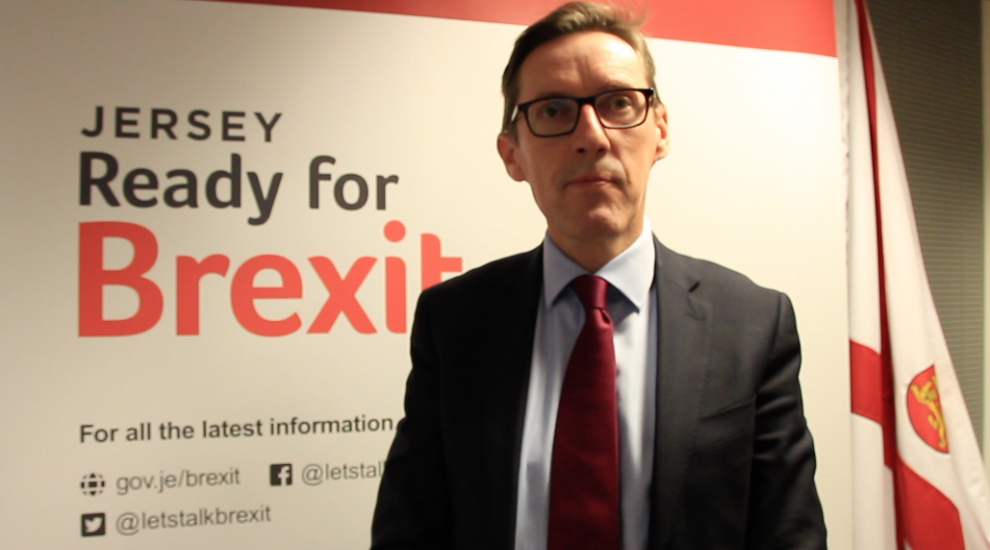 Ministers and senior government officials are today acting out 'day one' of a no deal Brexit crisis after the UK's plans to leave the European Union were left in tatters last night.

On Tuesday evening, Prime Minister Theresa May suffered a crushing rejection of her proposed Brexit deal, with 230 MPs voting against it - the largest government defeat in history.

The news has raised questions about what comes next for the Channel Islands, which, although not officially part of the EU, enjoy many of the benefits associated with membership.

External Minister Senator Ian Gorst last night sought to assuage fears, claiming that Jersey's government was well-prepared to handle the problems of a 'No Deal' scenario if the UK comes crashing out the EU on March 29 when the transition period officially ends.

Video: Senator Ian Gorst released a video in which he claims Jersey's government is well prepared to handle a 'No Deal' scenario.

He said that the States had been busy planning how they would manage major risks - such as the impact on trade and travel - and had worked closely with the UK government to ensure that any problems were minimised.

Today, officials from across the government will test the efficacy of their planning in a table-top exercise at the Field Squadron Headquarters on Mount Bingham.

It will involve acting out a 'worst case scenario' Brexit, and checking that contingency measures are in place to plug any gaps that could arise.

"I believe that our planning, and the testing of those plans, puts us in the strongest position in the event of a no deal Brexit," the Minister commented.

This evening, Members of the British Parliament chose to reject the government’s proposed agreement setting out the arrangements for the United Kingdom’s exit from the European Union.

The Prime Minister will now have three days in which to present an alternative proposal to Parliament. Jersey will scrutinise any revised Withdrawal terms. We will maintain our objective that any transition period should apply to Jersey and on the basis of the current Protocol 3 arrangements.

Until an agreement is reached, the default position remains that the United Kingdom will leave the EU on 29 March with no deal. As I have made clear, this is the basis on which the Government of Jersey’s Brexit preparations have been built.

All Government departments have prepared individual Brexit Readiness Plans, setting out their objectives in the event of a no deal, risks and mitigations, and resource requirements. The key risks we are considering include supply chain disruption and impacts on our critical national infrastructure. The Government of Jersey continues to work closely with the UK Government to ensure that our plans align.

Tomorrow, officials from across the government will undertake a table-top exercise at Mount Bingham to test our planning assumptions and to undertake a simulated ‘no deal’ scenario. I believe that our planning, and the testing of those plans, puts us in the strongest position in the event of a no deal Brexit.

I want to reassure you that, whatever new proposals are brought, and whatever form Brexit finally takes, we will continue to ensure that the interests of Jersey are communicated to the UK Government, and taken into account. And that Jersey will continue to be a place where business and residents can remain confident in their future.

Posted by Thomas Hunter on Jan 16th, 2019
This Government are not able to progress a new hospital which is totally under their control what makes them think they can do anything about Brexit.
To place a comment please login Login »