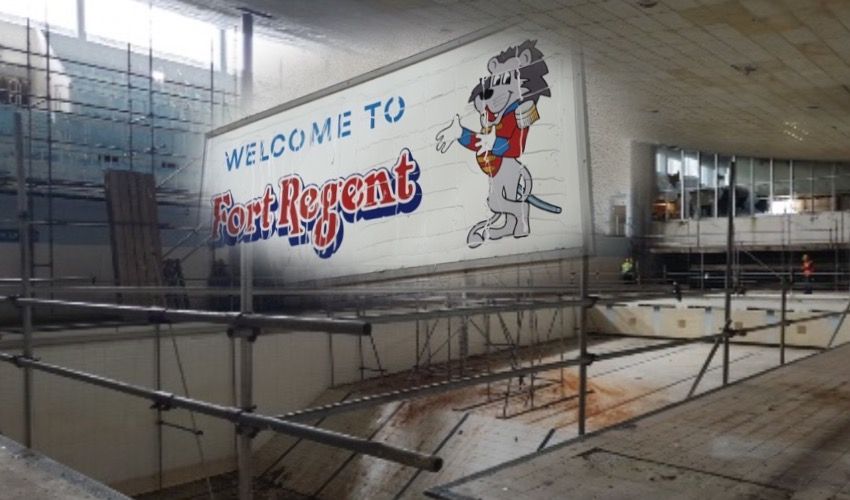 It's time for a final dip in the Fort Regent pool... Engineers have offered one last look at the once-popular spot for childhood swimming lessons, eating, spectating and competing, as demolition begins.

The demolition plan will take 42 weeks in total, and see the Glacis Field site - which has been closed for around 15 years - cleared out by the end of June 2020.

The 39,500 square foot building housing the pool was built in the early 1970s on designs from Breakwell and Davies Architects.

Plans to demolish the old swimming pool, as well as the upper cable car station, were approved unanimously, yet reluctantly, by the Planning Committee in December 2017.

The then Chairman of the committee, St. Mary's Constable Juliette Gallichan described the demolition as a "very sorry state of affairs" at the time.

Minister for Infrastructure Kevin Lewis signed off a decision to move the destruction forward in June this year.

Jersey contractor DB Cummins has been appointed to undertake the estimated 42 weeks of work to return it to the Glacis Field grass, which will come at a cost of £2,697,000, including planning fees and contingency funding.

By the end of the process, DB Cummins will have recycled a total of 300 tonnes of metal materials, 700 tonnes of concrete and 200 tonnes of organic materials.

They will have also cleared out 12 tonnes of asbestos, which will be removed following "stringent" guidelines to avoid the release of fibres into the air. 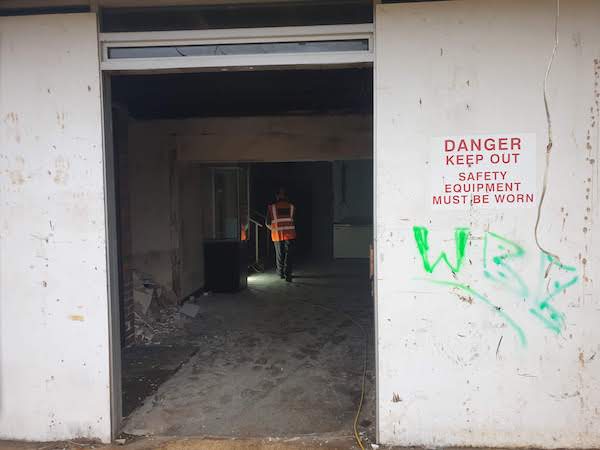 Pictured: The former entrance of the pool.

Sean Ingram, Demolition Manager for DB Cummins, explained that the demolition work will be complex due to the presence of asbestos - some of which has not yet been identified - but also because of the roof structure.

The curved roof was created with the help of "pre-stressed beams" that workers will have cut in a specific way before lifting them down.

"There is a lot of tension within the beam and if it was cut in a certain way, the energy inside would cause it to spring out," Mr Ingram explained.

"It’s a large building, there’s quite a lot of different elements to the project," he added. 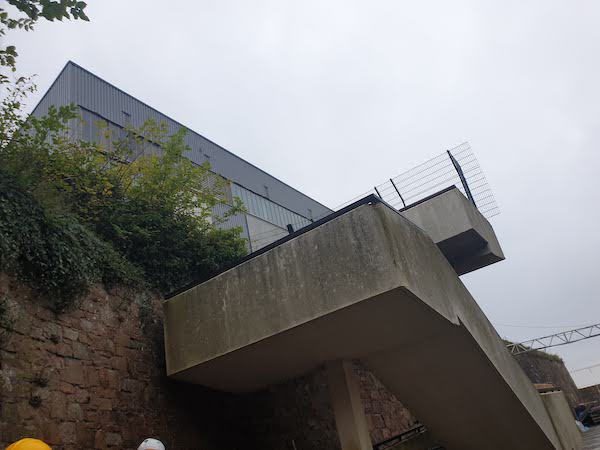 Pictured: The building should be completely demolished by the end of June next year.

"The first task that we have to complete is a full search strip. There’s a lot of debris, loose furniture, fittings, carpets, lockers that need to be stripped out. Once all the furniture and fittings have been removed, then there will be a large scaffold built internally, and then we will have to strip the asbestos from inside and outside the building."

Stripping the asbestos will take around 16 weeks - a period during which islanders will not see much "visual progress", Mr Ingram said.

Once the asbestos has been removed, the structure will then be taken apart very quickly and all signs of the pool will be gone.

GALLERY: Take one last look inside the pool... 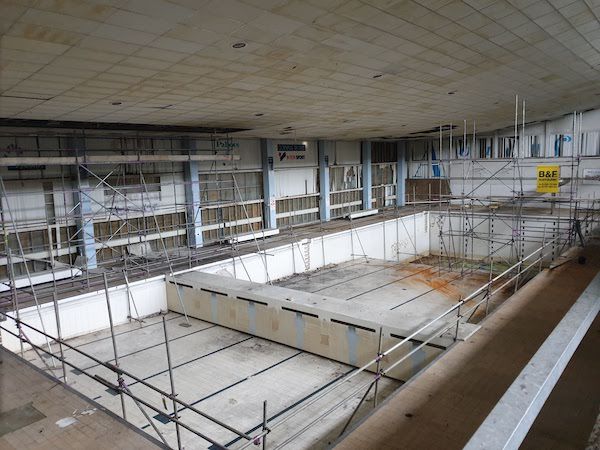 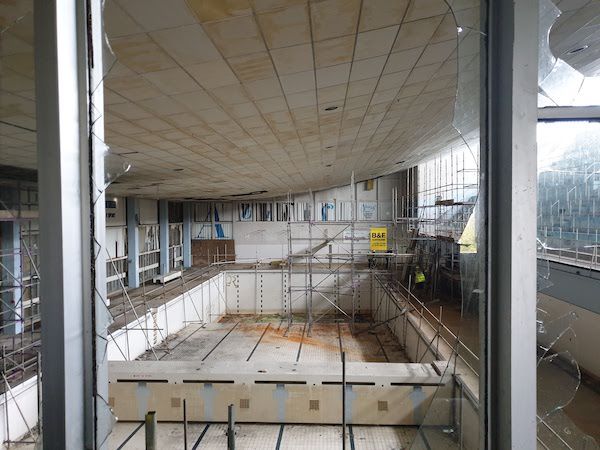 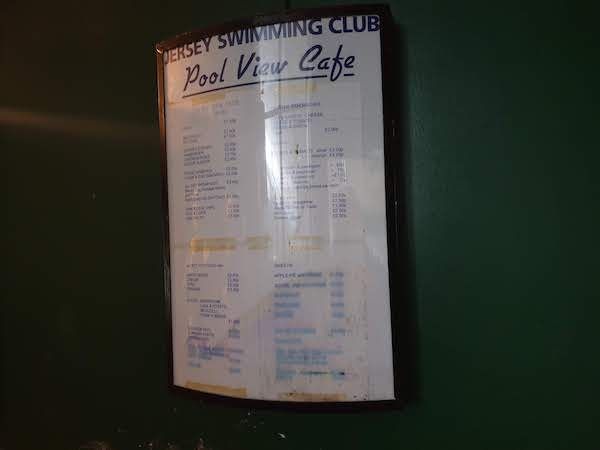 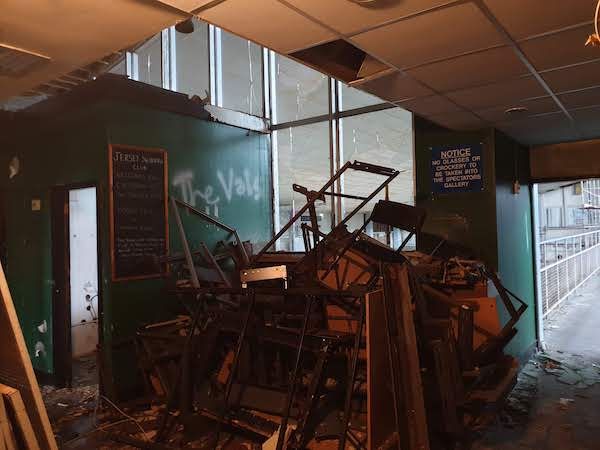 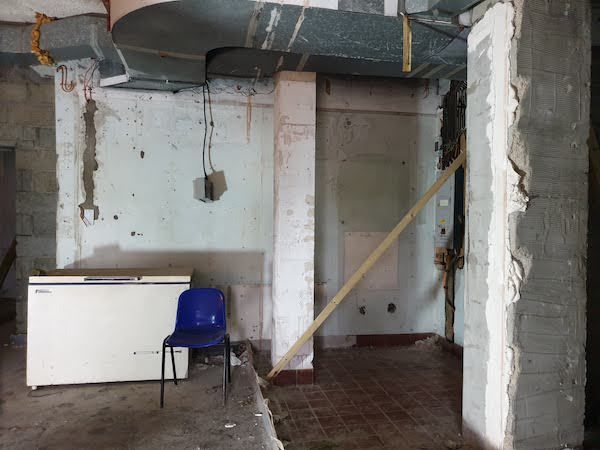 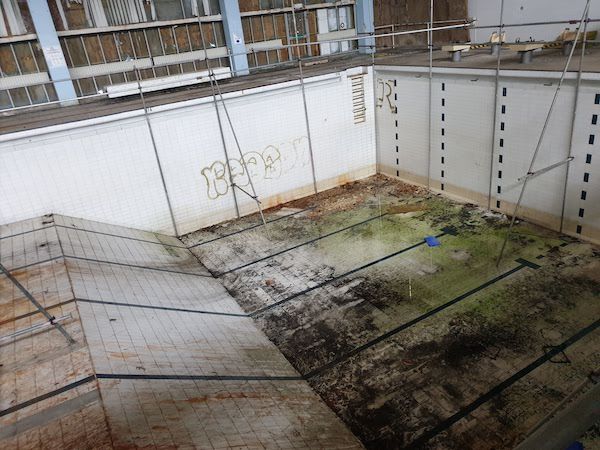 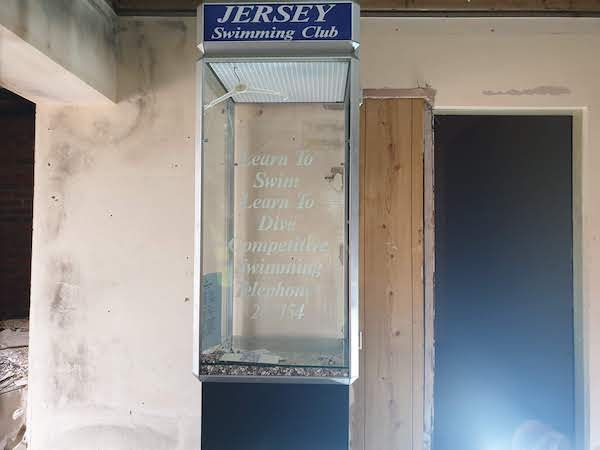 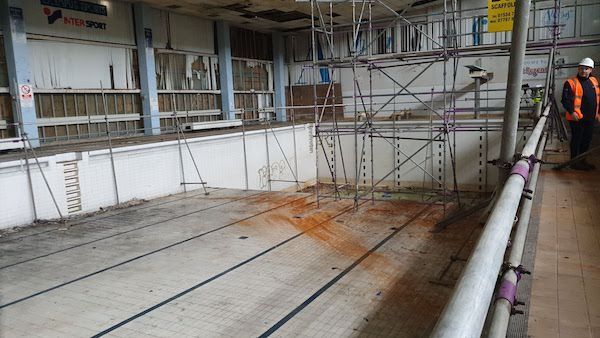 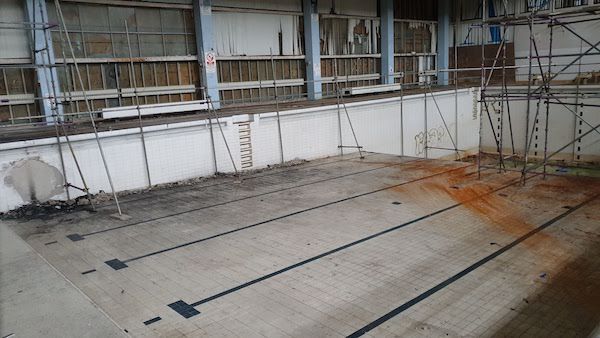 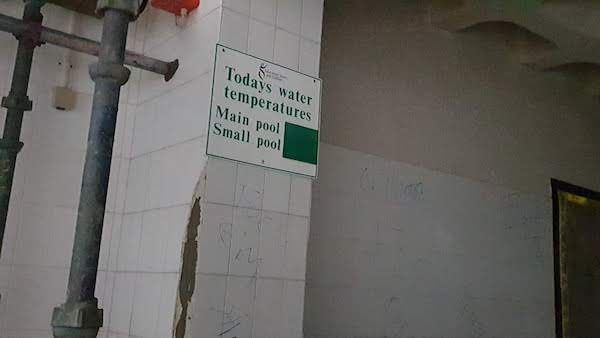 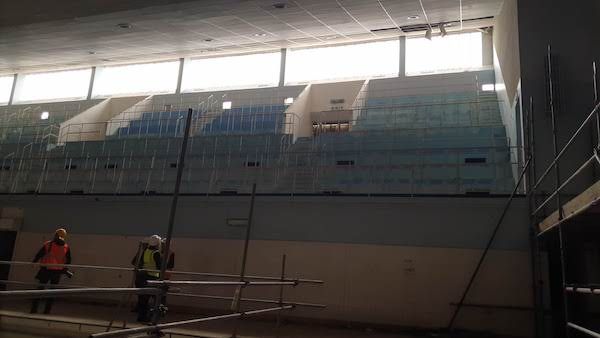 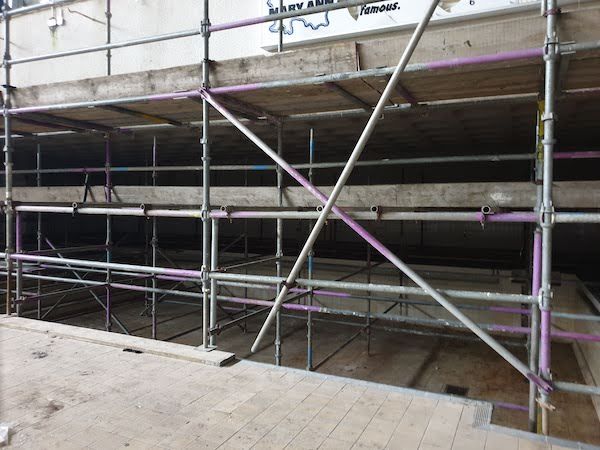 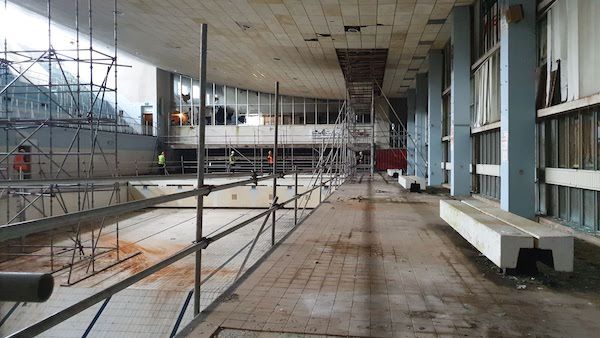 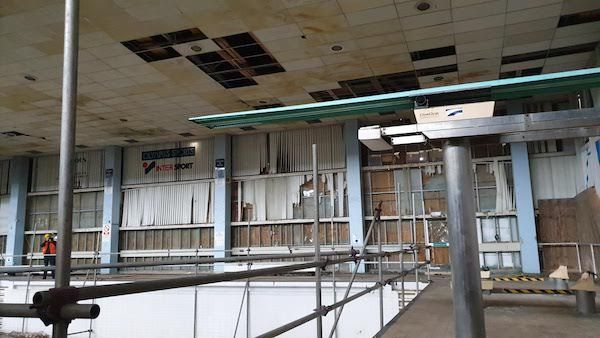 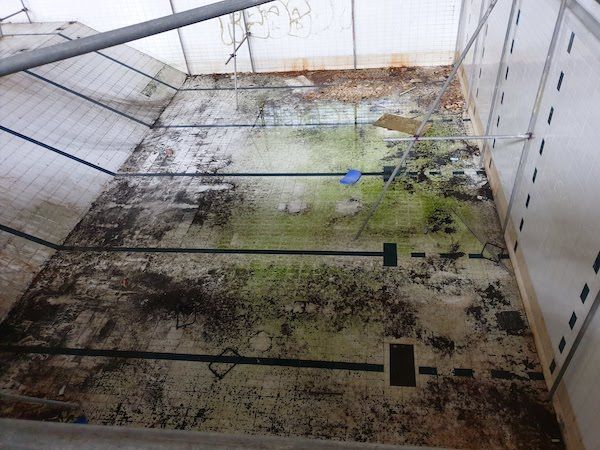 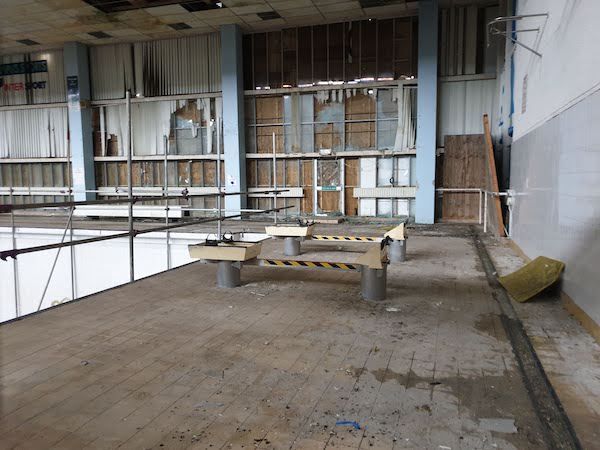 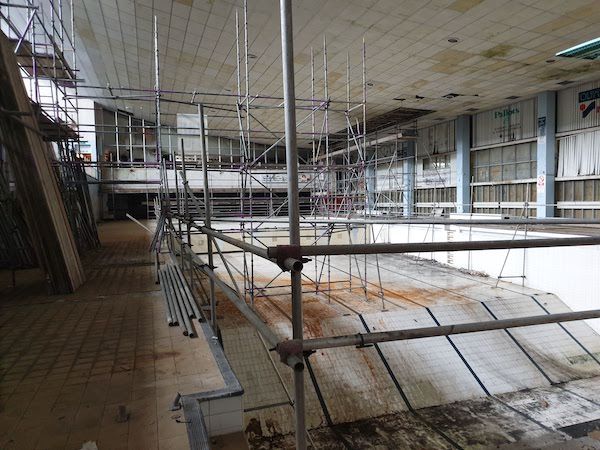 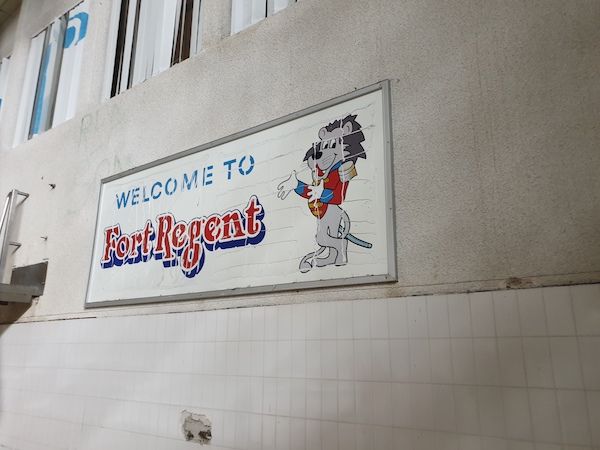 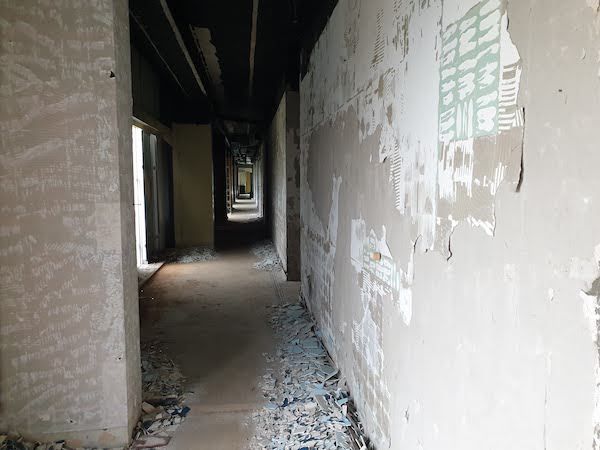