WATCH: Government to subsidise 80% of pay packets for half of workforce 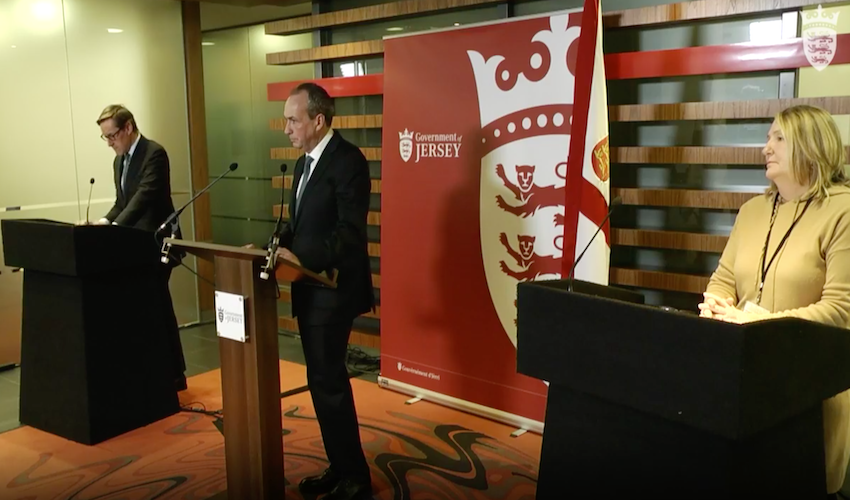 WATCH: Government to subsidise 80% of pay packets for half of workforce

The Government has unveiled plans to pay 80% of employees’ wages - up to £1,600 a month - as part of a new scheme to support local businesses and self-employed islanders, it has been announced.

The new scheme will run from the 1 April and is said to support up to 27,000 islanders – half of Jersey’s workforce.

It also covers the self-employed.

The Government will be releasing monies from the Channel Islands Lottery Fund and the Jersey Reclaim Fund. Payments will be made in blocks of £250,000 and they will be distributed by an independent organisation which is yet to be decided.

Senator Farnham described the measures as “absolutely critical to protecting islanders by ensuring that they stay employed and able to support themselves and their families.”

He said that “Government has been working as fast as it can to give our most vulnerable businesses and employees the financial surety that they need to keep operating during the crisis.”

It goes on top of measures already announced, including a £50million loan guarantee scheme and a £50million special fund to help organisations which contribute to the public good. The Government have also deferred payments on social security and GST.

Bringing his statement to a close, Senator Farnham said: “I would like to be clear. This is the most comprehensive package that the Government has ever put in place to support our economy. It is an Economic Recovery package for Jersey like no other, aimed at giving islanders security...

“I’ve said it before, and I will say it again because it bears repeating support for business is supporting people. Protecting jobs, protecting lives and livelihoods. Getting cash into the economy is our number one priority.”

Announcing her department’s measures, Minister for Social Security Deputy Judy Martin said that in addition to helping people keep their jobs through the wage subsidy scheme “we’ve also got to protect people who lose their jobs."

For those with five years’ residency who have lost their jobs, the Minister explained that they will be entitled to full Income Support scheme as normal.

For those who have been in Jersey between six months and just under five years’ residency who have lost their jobs, Deputy Martin said: “Because of the corona virus, we are introducing a new scheme from the 1 April to the 30 June. What they will get is a weekly payment. That’s £100 for a worker with a partner who is not claiming from the scheme, £150 for one claimant with no partner, £250 for a couple where both are claiming and they cannot get paid work and we’ll pay £50 per child."

For those with less than six months’ residency, they will receive £70 per person per week. However, Deputy Martin added: “But on both these schemes, we’ll also support these people moving back to their homes, their home country and their families as soon as it can be made available. They have been away from their families for a long time and they are worried [about] what is going on in their countries and they’ll probably want to get back as soon as possible.”

Senator Gorst emphasised the importance of Jersey’s economy recovering after the crisis.

“Our reserves are not infinite, and we must continue to spend them prudently.”

WATCH: The press conference in full...