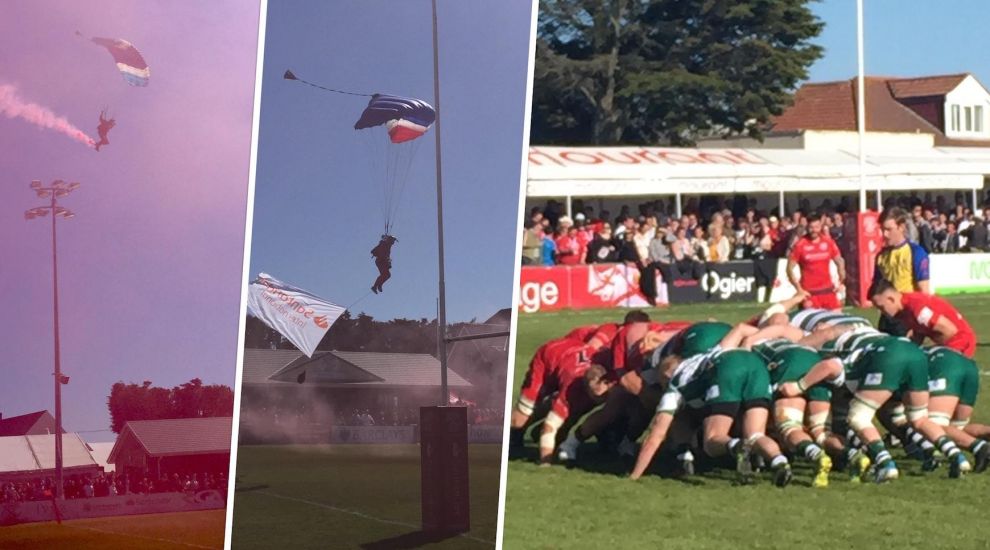 Skydivers dramatically dropping balls onto the stadium below in a rush of smoke kickstarted what was a successful Siam Cup for Jersey. Express has the full match report.

There were four games in total this weekend taking place at the Stade Santander International.

The Wanderers started the day off with a win in the Nash Cup - their first in a number of years (Jersey 24-15 Guernsey).

Video: Rugby balls were delivered by three skydivers at the Siam Cup match.

The women’s game followed, with a hard-fought contest that saw Guernsey retain their title (Jersey 5-22 Guernsey).

Fallaize Cup was next: Jersey Red Athletic vs Guernsey’s 2nds.

There was a fast start to the game. It was defined after 15minutes, with Jersey’s captain George Thomas red carded, leaving the home players to play the rest of the game with 14 men. Nonetheless, Jersey still lead at half-time 10-3.

What followed was a frantic second half, with gaps opening up for both teams.

We may not have brought back the Siam Cup, but we put some points on the board for the first time in years and even picked up a few new fans final score 22-5. We keep narrowing the gap year after year and are very proud! Congratulations to @glrugby on the win! #proud #rugby pic.twitter.com/1rcyoztqvb

Then came the main event: the Siam Cup.

The ball being parachuted into Stade Santander added to the spectacle and anticipation of the game.

Kick-off was frantic, as both teams battled to find an opening. Hard hits, quick hands and nerves were evident on both sides, bringing some ever-so-close moments for both teams.

20 minutes in and there was still no score, while the wind played its part in the kicking game as Jersey fought to take advantage, pinning Guernsey back. But the Raiders equalled it with some wonderful clearances from their own 22.

Then, against the run of play, the Raiders scored the first points of the match with the conversion then missed (Jersey 0-5 Guernsey).

Jersey then showed a touch of class from 10: Aaron Penberthy. A wonderfully weighted cross field kick high was plucked out of the air by replacement Simon Johnson. High first touch of the game, expertly taken and scored in the corner (Jersey 7-5 Guernsey).

The Fallaize was the closest game of all, with the Reds producing some stern late defence to keep out the green tide and emerge 20-17 winners... Rich Chapman pic.twitter.com/jBFWZKJj8N

Jersey then built momentum and the seized the game by the scruff the neck. They started working the ball well in midfield, with slick work in the centre by Eastwell and Ma’afu punishing Guernsey creating holes in the defence.

Unexpectedly, a breakthrough came from the Captain, Nick Selway, playing his last game for Jersey. With some nice footwork, he offloaded to a charging George Willmott, who found scrum half Liam Rhoads for the score (Jersey 14-5 Guernsey).

The visitors come out stronger for the second half, scoring early to put some nerves into the home crowd. The next 30 minutes ahead are tense (Jersey 17-12 Guernsey).

With 20 minutes to go, Jersey came out on top after some back and forth from both teams. Jersey steal passion and some fast-thinking leads to Ma’afu slicing straight through the Guernsey line to score to a huge roar from the home crowd. The exhale in the ground is palpable. It feels decisive (Jersey 24-12 Guernsey).

All this is short lived, however, with Aaron Penberthy getting a yellow cardfor a high tackle, bringing the tension right back. The final 15 minutes felt like they were going to be tough for the home side, as the Raiders look to press their main advantage.

Some great shots from yesterday's thrilling Siam Cup action - thanks to Jacquie Ranieri and Ollie Pinel for their work this season see the albums in full at https://t.co/O5RDgBKXZK pic.twitter.com/Phij4SFcY0

What transpired was a war of attrition between the Raiders’ attack and Reds’ defence. There was wave after wave of attack for the Raiders, each being held up over the line countless times.

With the ref saying the ball was never grounded, the Raiders look despondent with the mirror of the Reds buoyed and jubilant from the huge defensive stand.

This is where the game was won.

With 8 minutes of injury time to play, the supporters start celebrating early – something brought home by a fourth try in the dying minutes for the Reds (Jersey 29-12 Guernsey).

The noise is deafening as ‘JERSEY’ rings out across the Stade, with board banging. This isn’t even dampened by a late consolation try for the Raiders making the final score: Jersey 29-19 Guernsey.

This brought the end to wonderfully contested game of rugby, with both sides staking their claim for the win.

All 3,001 of you - both Reds & @GuernseyRFC Green - at Stade Santander International contributed to a fantastic atmosphere yesterday - there's something about the Siam! Some more great shots from Jacquie & @PinelPhotos pic.twitter.com/B5S93jWoNV

The Reds just took their chances on the day, but the final score could have been very different. Handshakes all around before celebrations begin that will last long into the night.

After the whitewash last year, Jersey came back stronger, but Guernsey played their part and in the end, the crowd who experienced this fantastic show piece day, were the winners.

GALLERY: Snaps from the Siam Cup... 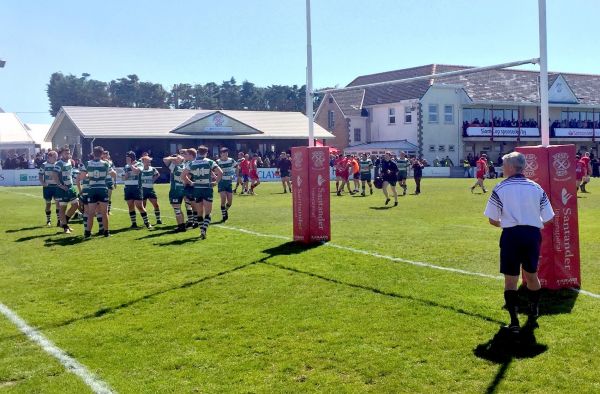 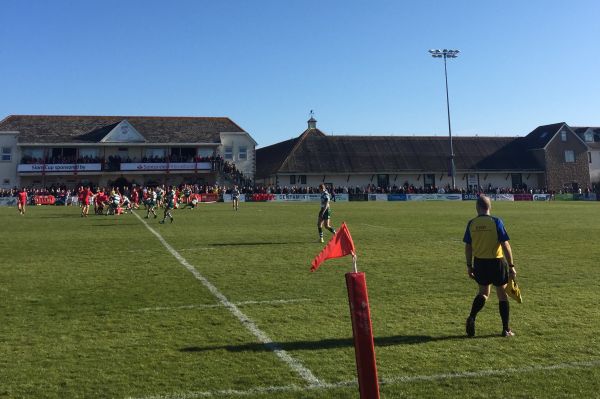 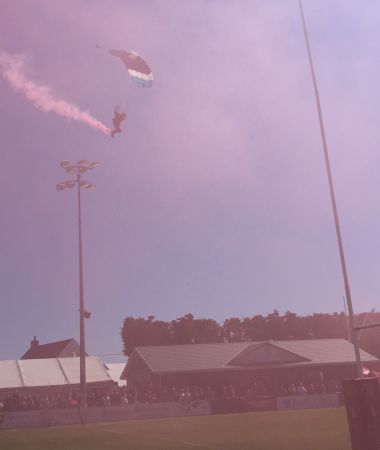 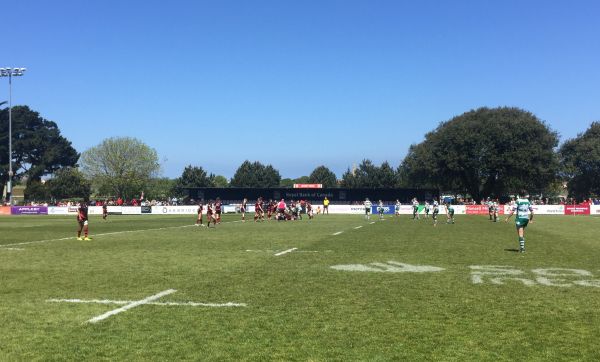 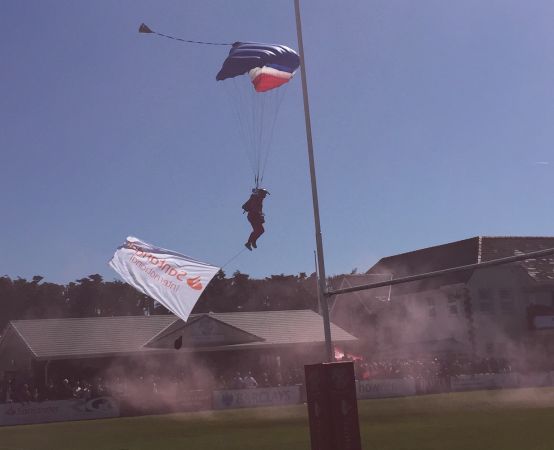 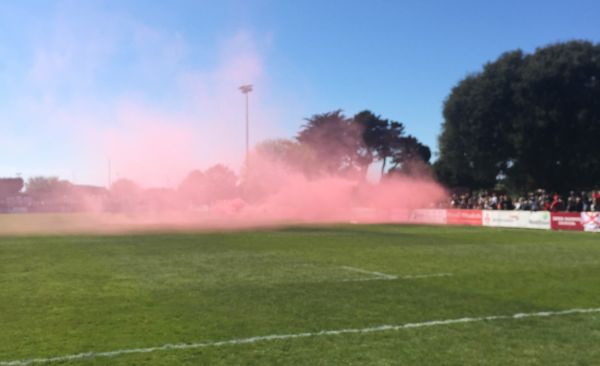 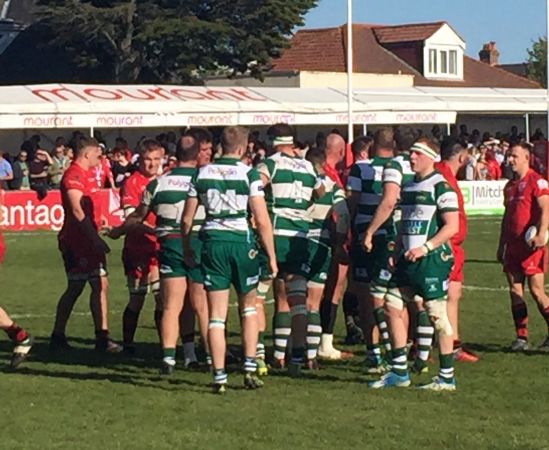 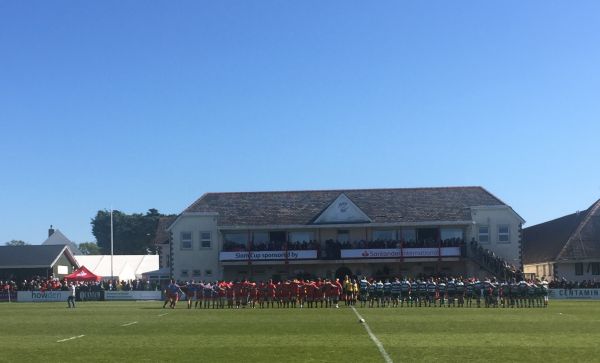 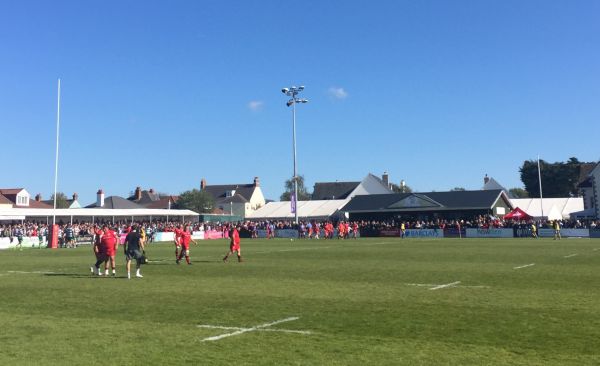