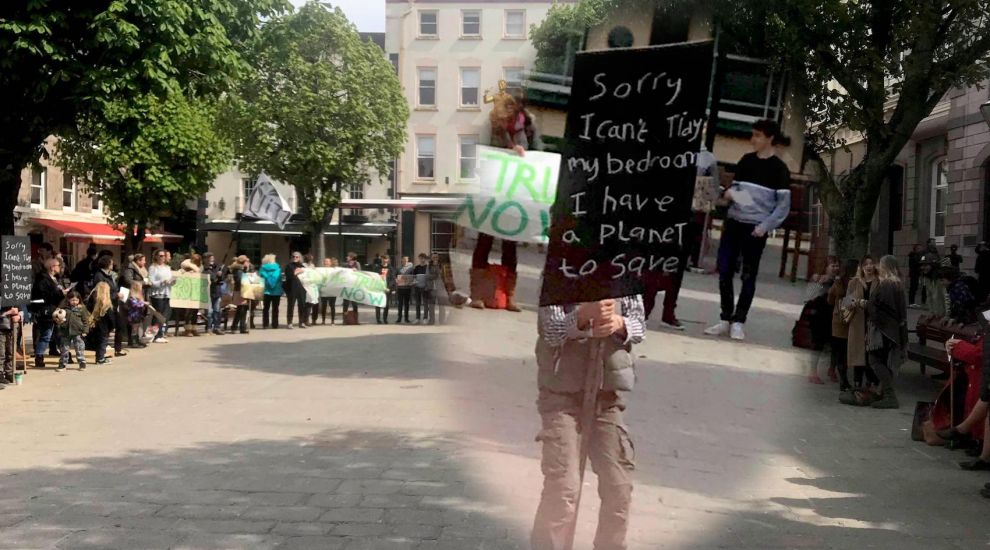 Climate change protestors laid down three demands – including urging the government to “tell the truth” and declare an “ecological emergency” – as they stormed the Royal Square yesterday.

The demonstration by a group of around 100 local activists came as part of the global Extinction Rebellion movement, which saw protests held in more than 80 cities across around 30 countries yesterday.

Islanders of all ages joined the protest. Many were part of local environmental group Jersey In Transition, while there were also many young people who had taken part in the recent international ‘FridaysInFuture’ movement, joining other students around the world in campaigning for decisive government action against climate change.

Waving placards and banners including phrases such as ‘Mother Earth needs you’, ’Jersey united for a carbon neutral future’ and ‘Sorry I can’t tidy my bedroom, I have a planet to save’, the group spoke in unison as they laid out their demands to government in front of the States Chamber.

They were: “Tell the truth - government must tell the truth by declaring a climate and ecological emergency, working with other institutions to communicate the urgency for change. 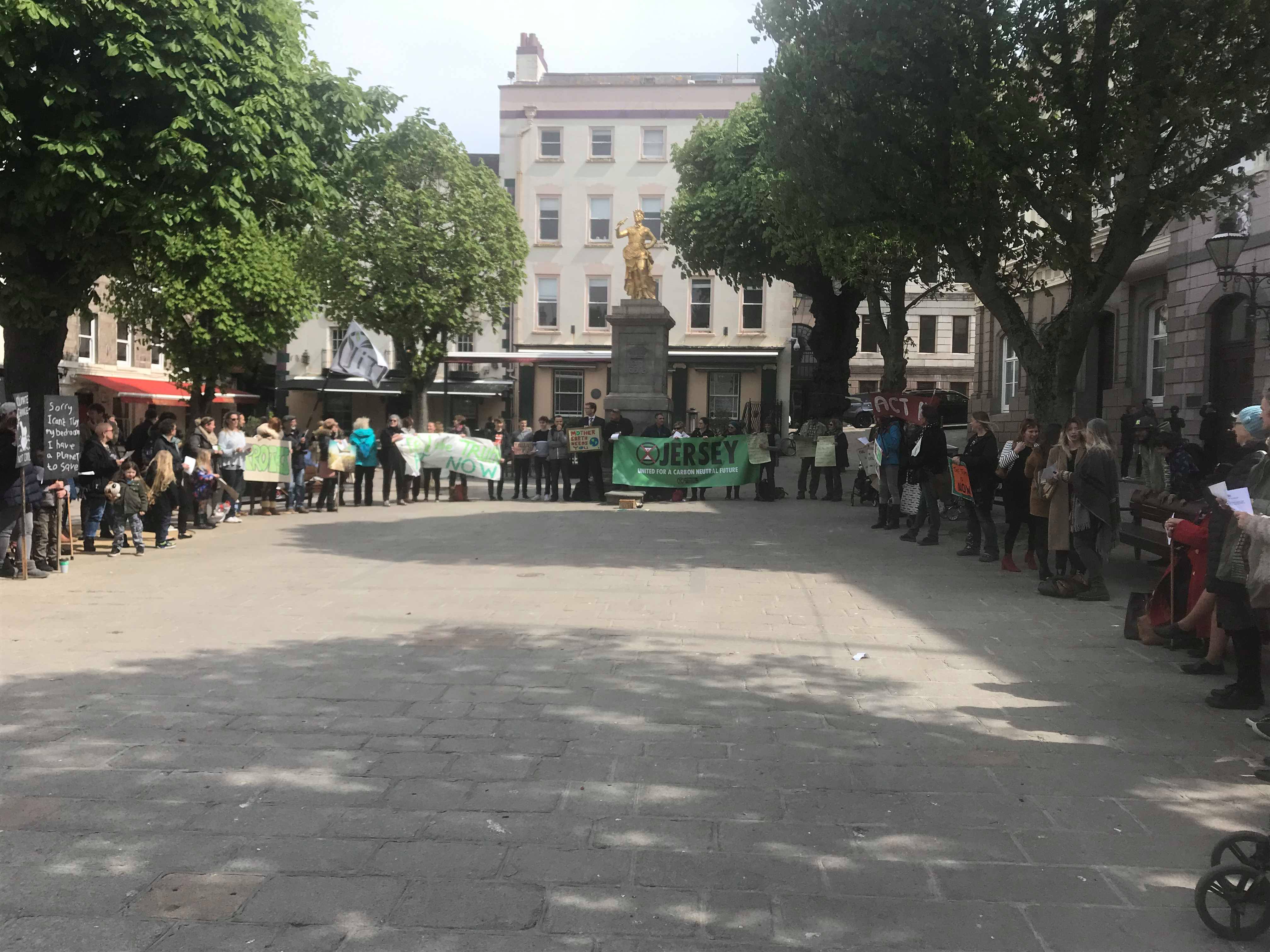 Pictured: Protestors in the Royal Square.

“People’s Assembly - government must create and be led, by the decisions of a Citizens’ Assembly on climate and ecological justice.”

In London, meanwhile, the Extinction Rebellion protests saw a boat pass through Oxford Circus to represent the threat of rising sea levels due to climate change, while Waterloo Bridge was closed to traffic as activists formed a blockade and transformed the space with flowers and greenery.

The Extinction Rebellion comes ahead of a major debate in the States Assembly on 30 April during which politicians will be asked by Deputy Rob Ward to declare a “climate change emergency” and make a pledge to become carbon neutral by 2030. 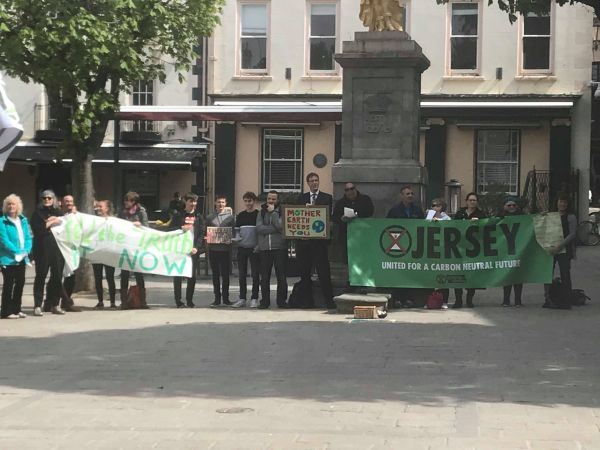 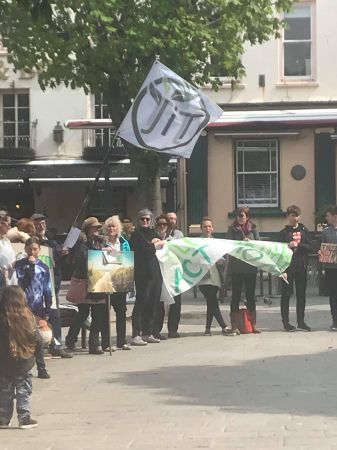 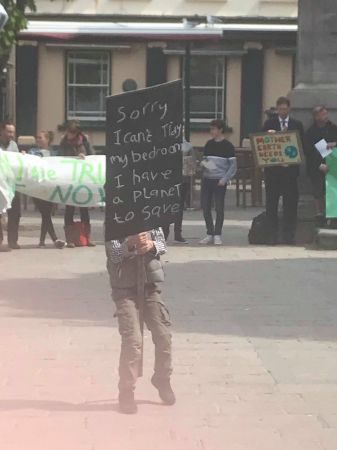 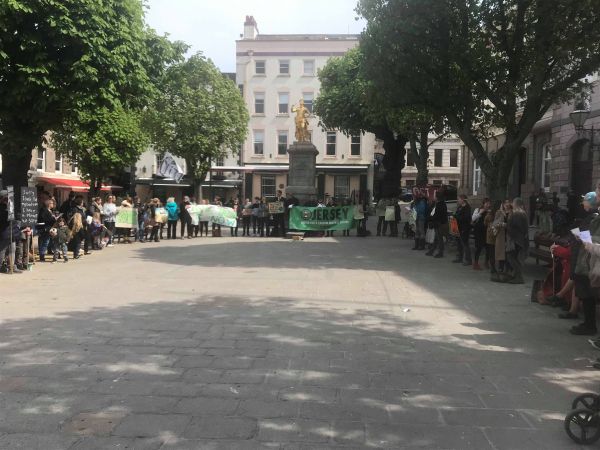