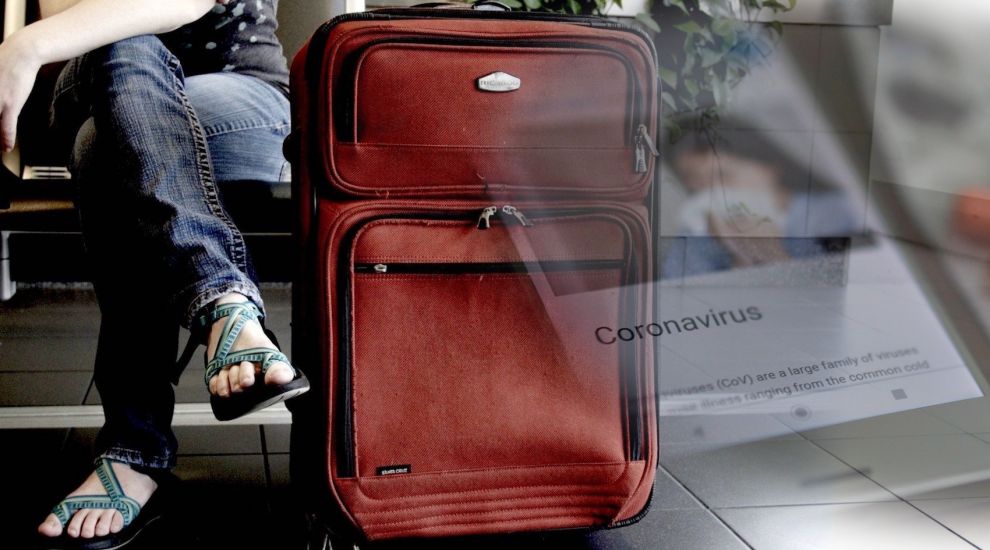 Islanders arriving in Jersey direct from Tenerife last night were held at the airport before being placed on special coaches home, where they were asked to stay for 14 days.

Families and friends waiting to pick up the passengers on FlyDirect flight VOE9533, as well as taxi drivers, were asked to go home.

The decision to provide buses for them was taken by Jersey's government after health advice for those travelling from Spain, Majorca, Menorca and Tenerife changed while the passengers were in the sky.

There is no suggestion that anyone on the flight has corona virus.

Video: The group of passengers from Tenerife receiving the news.

The moment the group was told - by an individual speaking from behind glass - was captured on video by one of the passengers.

It has since been widely shared on social media, and shows the group visibly concerned by the news.

A government spokesperson said in a statement:  “This is a precautionary measure, that we are advising from today until further notice... We worked closely with the Ports of Jersey, States of Jersey Police, and Jersey Customs and Immigration to ensure that passengers on flight FlyDirect VOE9533 from Tenerife to Jersey were cared for appropriately in keeping with this health guidance. We thank passengers for their patience during this process.

"Friends, family and taxi drivers waiting at the airport were informed of the situation after the passengers were told and did not come into close contact with them.

“The global spread of corona virus is a fast-moving situation, and we will continue working to ensure that the Government quickly and effectively reacts to changing medical advice. We thank Islanders for their understanding and cooperation in following such advice.”

It comes as Guernsey unveiled a set of even stricter travel measures this morning.

Spain and France have now been added to the list of 'Group A' countries, meaning anyone returning from them should self-isolate for 14 days whether or not they have covid-19 symptoms (fever, cough and shortness of breath).

The UK and the rest of the world have been deemed 'Group B' countries. It means that anyone returning from these countries with symptoms, even if mild, should self-isolate immediately.

The island's Chief Minister Gavin St. Pier said that this came ahead of a "likely" move towards self-isolation for everyone travelling to Guernsey, "...regardless of any symptoms or point of origin."

"We are not afraid to take a proactive approach to help protect our island infrastructure and the resilience and welfare of our island community," he said.

While Jersey people are being asked to self-isolate if they have symptoms, only those who have been directly referred via the corona virus helpline will be swabbed at the island's recently-opened dedicated facility in Five Oaks.

Open from 08:30 until 14:30 daily, the centre will not be accessible to the general public.

Only patients suffering flu-like symptoms (fever, cough, headache and muscle aches), who have been referred via the corona virus helpline will be allowed to attend.

Islanders suffering such symptoms are urged to self-isolate for a minimum of seven days until they are symptom-free - whether they have recently travelled to an affected country or been in contact with anyone with covid-19 or not. Over 65s who have been social-distancing also do not need to call unless they have symptoms.

Following the advice on social distancing, the Health Department announced yesterday that three day centres catering for elderly people and those with specific needs have been closed "until further notice."

Officials said: the centres which will be closed are the Hollies in Gorey, Sandybrook Day Centre, and The Willows in St Helier. The exception is Le Geyt day services for people under the age of 65 which continue to run as normal. Staff will be at work tomorrow if people do come to the centres and they can also make checks made on the people who normally use the services.

"Anyone who has a friend or relative who normally uses one of these day centres, is asked to let them know that they are not operating as normal at the moment, to help spread the message."