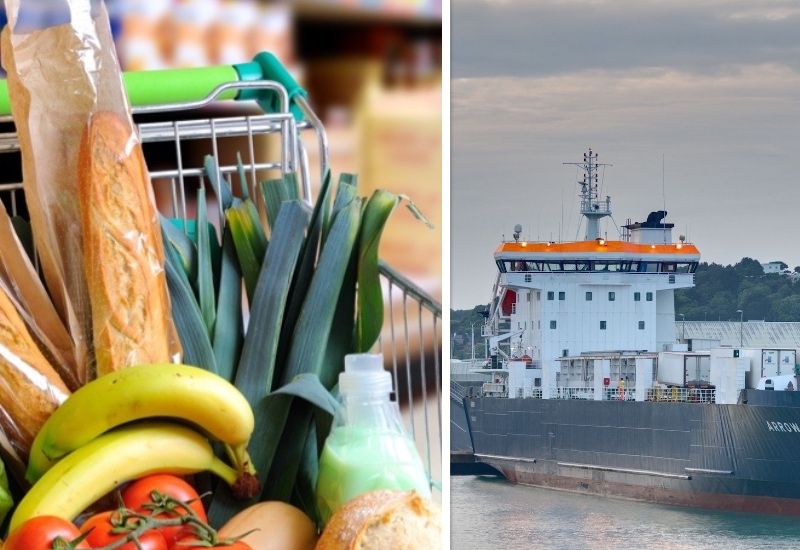 Jersey's competition watchdog has launched a probe into the island's supply of groceries for the first time in nearly a decade.

Formal work on the study will start in January and the process is expected to be completed before the end of the year.

News of the official review follows a long period of disruption for shoppers, many of whom have taken to social media to air their frustration with empty shelves in the supermarkets. Speaking in the States Assembly this week, Deputy Steve Luce mentioned one parishioner who had to drive around four supermarkets just to find a loaf of bread.

Condor has also chartered an extra vessel to help boost freight over the busy festive period after a “sustained period of stormy weather”. Currently based in north-east Scotland, the MV Arrow (pictured top) - which has previously been chartered to operate in island waters in 2005 and later in 2014 - will be heading to Portsmouth this weekend.

The Jersey Competition Regulatory Authority has said the purpose of the research is to consider how the market operates – and if there are any "features" that might impact competition.

Peter Hetherington, a senior case officer for the JCRA, said: "Groceries represent a significant proportion of weekly household expenditure. It is a sizeable market of considerable economic value to Islanders, so it is appropriate we take a closer look at it to consider if it is working well for consumers.

"The authority last reviewed the market in 2014. This study is being launched in the context of the continuing public debate on the cost of living."

The review will also take into account previous studies carried out by the JCRA, which includes research into the Island's freight logistics market, telecoms retail pricing and alcohol pricing and promotions.

Posted by David Kingham on Nov 24th, 2022
Suggest that they also look into the pricing structure and potential profiteering of some of the Supermarket franchises
Posted by Keith Marsh on Nov 24th, 2022
It is of very little use, this review taking place starting in January and reporting by the end of 2023.
The shelves are empty NOW. Action is NEEDED at once.
Is there anyone responsible for the Island ~ The CEO and CM ~ start talking TODAY.
To place a comment please login Login »

Sure planning to acquire Airtel-Vodafone