"We have to improve" says Biljon 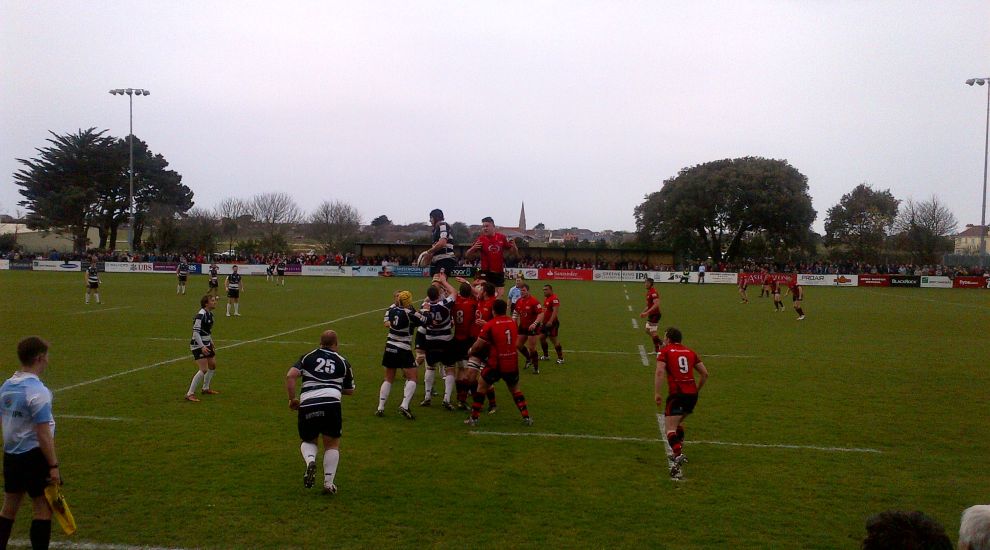 "We have to improve" says Biljon

Jersey’s Rugby coach says his team needs to do better after another disappointing result in the Greene King IPA Championship this weekend.

They were thrashed by Moseley 39 – 8 in front of a home crowd of more than 2,600 – the largest so far this season for a Championship fixture.

Moseley were first to score when what appeared to be a mix-up in the home defence let the fullback in for an easy touch-down, that was then converted.

Jersey responded almost immediately with a useful counter-attack from deep with Drew Locke and Mark McCrea combining well. Having carried to within 10m of the Moseley line before being hauled down, Jersey quickly recycled the ball out to Niall O’Connor who launched a deft cross-kick to Grant Pointer on the right wing, who gathered and scored a try that went unconverted – 5-7.

Jersey were next on the score sheet through an O’Connor penalty, before Moseley regained the lead with a penalty of their own late in the half.

The first half was scrappy and with breakdowns and interruptions for injuries, both sides struggled to get any flow to their game.

Much was expected of the second half, but it just didn’t happen for Jersey. The increasing penalty count against the  home team, coupled with a dominant Moseley scrum, led to the ensuing downfall. Moseley scored within two minutes of the restart with a well-worked try finished in the bottom right-hand corner.

There were glimmers of good play from Jersey that could have brought more, but all too often they were playing on the back foot, and often deep in their own half.

In the final 10 minutes Jersey were reduced to 14 players as Latu Maka’afi was shown a red card for an off-the-ball incident, and then to 13 when Jon Brennan suffered a yellow card whilst Moseley drove the scrum backwards at pace.

After the game a disappointed Biljon said: “We didn’t stick to our game plan, but take nothing away from Moseley, they are a dogged outfit with some streetwise players, and some of our younger members will have learned a lot from that.

“The supporters should be disappointed. They turned out in number today, and we have to improve.”

Jersey now have a week off before travelling to face London Welsh at the Kassam Stadium on 12 April.