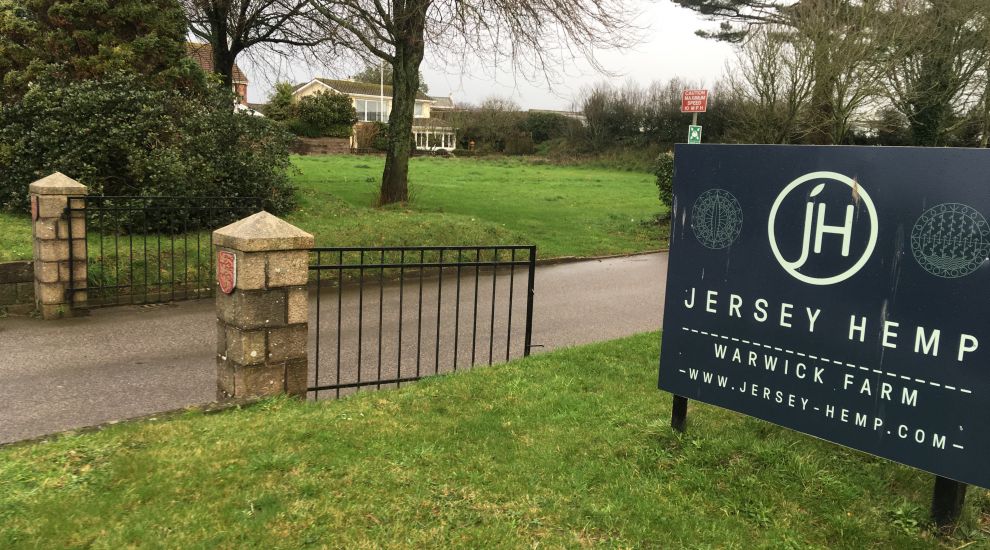 The Jersey Bowling Club – which has been based on Westmount Road since 1910 – is moving to Warwick Farm to make way for the new hospital highway.

The oldest bowls club in the Channel Islands will be reluctantly leaving its home after States Members officially agreed Westmount as the key access route for the new hospital at Overdale on Monday, although the exact dimensions and route are yet to be finalised.

The club, which has 140 members, will leave on 12 September and move into their new home in April 2022, in time for the start of the outdoor bowls season.

It is, however, subject to Planning approving the new access road. If it isn’t approved, or if the Government chooses to retain the existing road - the club will stay.

Pictured: The club has been based at Westmount for 111 years.

However, club stalwart and past president Jean Lowery told Express that members had accepted that, after more than a century of overlooking People’s Park, the club was likely to move.

“We are confident that Warwick Farm will be a good home,” she said. “It is on a flat site and not too far away for members. It will also have a car park, a clubhouse, a workshop and gardens -  basically everything that we have now, but more modern.

“We don’t want to go - Westmount is a place of great memories for many members, but we are right underneath the hairpin so there is a reluctant acceptance that we have to.” 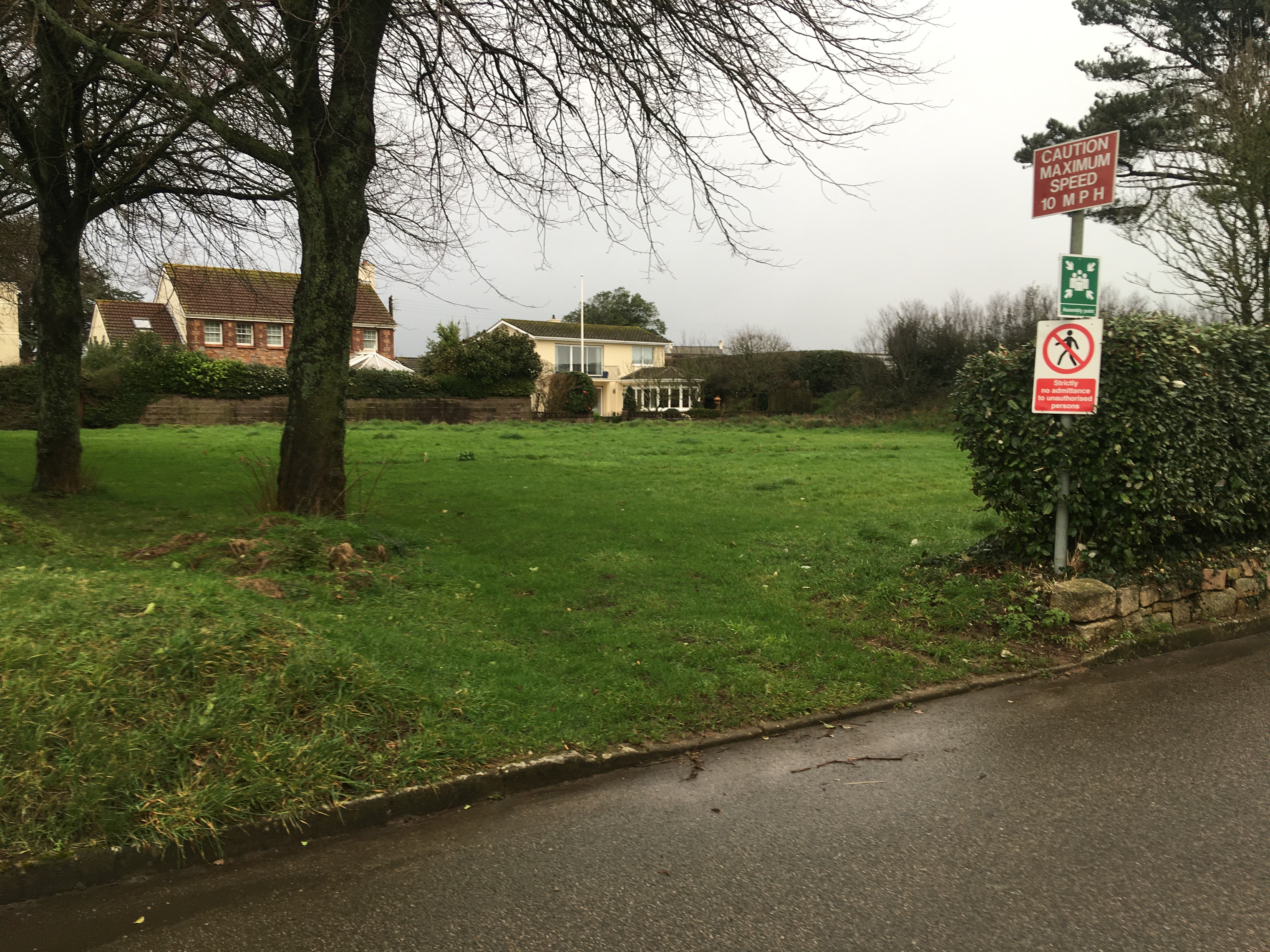 Pictured: The new club will be built immediately on the left as you turn into Warwick Farm off Grande Route de Saint Jean.

The new club will be immediately on the left after turning into Warwick Farm off La Grande Route de Saint Jean. Further along the entrance road is the home of Jersey Hemp.

States-owned Warwick Farm was identified as a possible site for the new hospital but it failed to make the final-five shortlist in September, which was then narrowed down to Overdale or the People’s Park, before Overdale became the preferred choice in November.

An attempt to put Warwick Farm back on the shortlist was rejected by States Members that month. 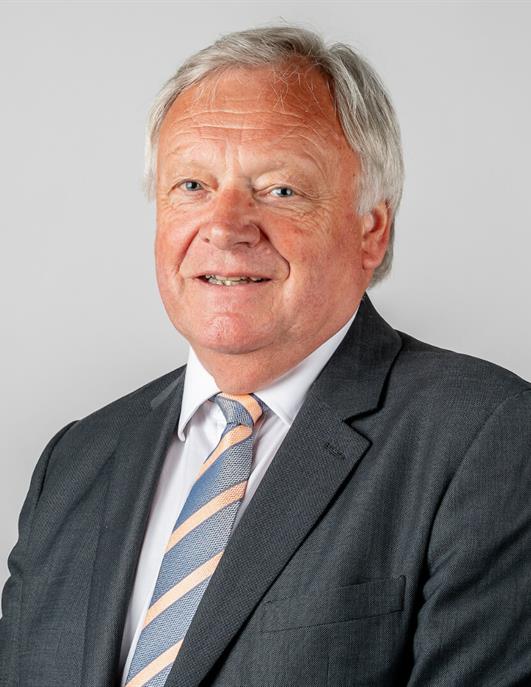 Deputy Hugh Raymond, who is the Assistant Minister with responsibility for sport.

Deputy Hugh Raymond negotiated with the club in his capacity as the assistant minister with responsibility for sport but he is also a member of the Political Oversight Group which led the hospital selection process.

“I appreciate that the club would have preferred to stay where they are but they have been very understanding and pragmatic,” he said. “They are also getting a larger site with more parking spaces and a new pavilion with more toilets and showers.

“As well as the club, Jersey Sport, the district deputies, Planning, and Jersey Hemp have all been consulted and everyone seems supportive of the move.”

Deputy Raymond added that he did not yet know the cost of the new lawn and facilities, which will be funded by taxpayers.

Call me facetious - What about leaving the Bowling club where it is and putting the Hospital at Warwick farm!
Posted by Paul Troalic on Feb 3rd, 2021
Who exactly is this Hugh a Raymond? Is a he an expert all of a sudden on sport and bowling in particular?
And also how strange that the Bowling Club is happy to move? A few days ago they said they were not happy at all and put a public statement out to that effect.
Something smells here. I wonder who is telling the truth?
It cannot be the government because they have lied about everything,
So why are the Bowling Club suddenly so happy with losing a site they have occupied for 100 years?
Posted by Alan Keen on Feb 3rd, 2021
Great to see Members of Westmount Bowling club will have a new home. But I do feel for young Skateboarders and Sea Cadets who get pushed from pillar to post.
Posted by nigel pearce on Feb 3rd, 2021
The best solution is to build the new hospital at the St. Saviour’s Hospital site. There is no need for the hospital to be in town if a small emergency unit was provided.
Posted by Donal Dolo on Feb 3rd, 2021
i might play now that hill was the reason i could not walk up there
Posted by Lesley Ricketts on Feb 3rd, 2021
Obviously the bowling club have been very well compensated for having to move so not much negotiating done really. What a debacle and on and on it goes. Our Government couldn’t get any more incompetent or could they?
Posted by Private Individual on Feb 3rd, 2021
Well, you could not make this up!

There is something very very fishy going on. Not a week ago the bowling club was up in arms about the loss of the club, I wonder who will be paying for the new clubhouse and how much will it be?

It will come as no surprise when it is the taxpayer once again footing the bill.

This has got to stop, we do not have a bottomless pit of money!
Posted by Donal Dolo on Feb 4th, 2021
elstric ambulances wont get up that hill or eletric cars
To place a comment please login Login »