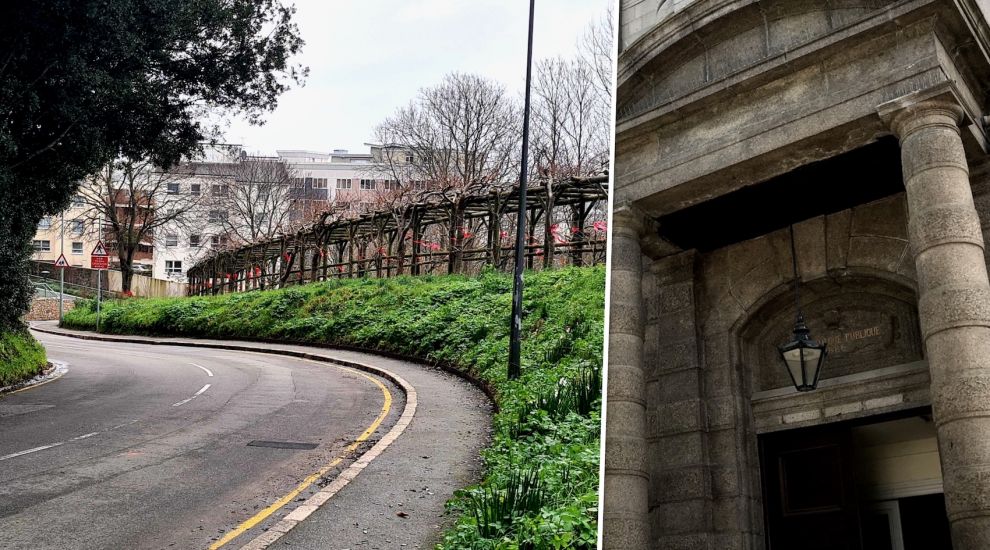 Westmount residents are threatening to take legal action to force the Government to rethink its plans for Overdale.

It is understood that the Royal Court could be asked to decide if the Government broke the law when it asked Members to give the Assembly power to buy land by compulsory purchase around the new hospital site last November.

The legal action was referred to in the requisitioned States debate on Monday, when St. Ouen Constable Richard Buchanan asked the Attorney General for his advice on it.

“I forwarded a letter to the Attorney General that we all received about legal action threatened against the Hospital Oversight Board if this proposition is passed and I wonder if he felt it was appropriate and was he able to comment on it?” said the Constable.

Attorney General Mark Temple replied that he had only seen the letter that morning and he questioned whether it was appropriate to speak about it openly if it had been sent to every Member.

However, the Constable of St. Ouen said he would ask about it in the form of a written question at the next sitting.

Pictured: The potential legal challenge was raised in the States Assembly on Monday.

Express understands that the residents claim that when a compulsory purchase order is made, the States Assembly has to draw up a specific law for each property. The process means the Government has to give due consideration to whether or not buying the property is absolutely necessary.

It is understood that the challenge not only argues that States Members did not have the full facts before them when they agreed that land could be acquired by compulsory purchase, but also, by the Government not producing detailed plans on how the properties would be affected, they breached the owners’ human rights.

In the aftermath of Monday’s hastily scheduled debate, when Members agreed that Westmount Road will be the principal access route to and from the new hospital, campaigners against the Government’s plans have vowed to continue their fight.

One of them, Advocate Olaf Blakeley, who lives in the Westmount area, said he was disappointed by the result.

He said: “I am disappointed for two reasons: firstly, I really wanted to understand what the road would look like, even in the most basic terms, but after the debate I am none the wiser. If it has no impact, then we are all complaining about nothing, but I will need to see a simple drawing to be convinced. I don’t think it is too much to ask.

“My fear is that, in not providing it, the Government know that we will not like it.

“Secondly, I am bitterly disappointed that the possibility of areas of Westmount being destroyed has disclosed a wider, Island-wide problem, which is contemptuous attitude of the Government to Scrutiny and the wider electorate and its capricious decision making.

“I am not an architect or engineer but I just don’t know how they are going to achieve what they want without mass destruction. You cannot go through the Bowling Club without taking out trees; it is impossible.

“For me, the obvious answer is to leave the road as it is: it would cause no delay to the project, there would be no need for a planning application, trees would not be lost, and it would save a considerable sum of money.

“And in the contractor's own points-based analysis on access, keeping the road, 'Option 6', was just a single point behind ‘Option 7’ - to widen and flatten it at a cost of over £15m.” 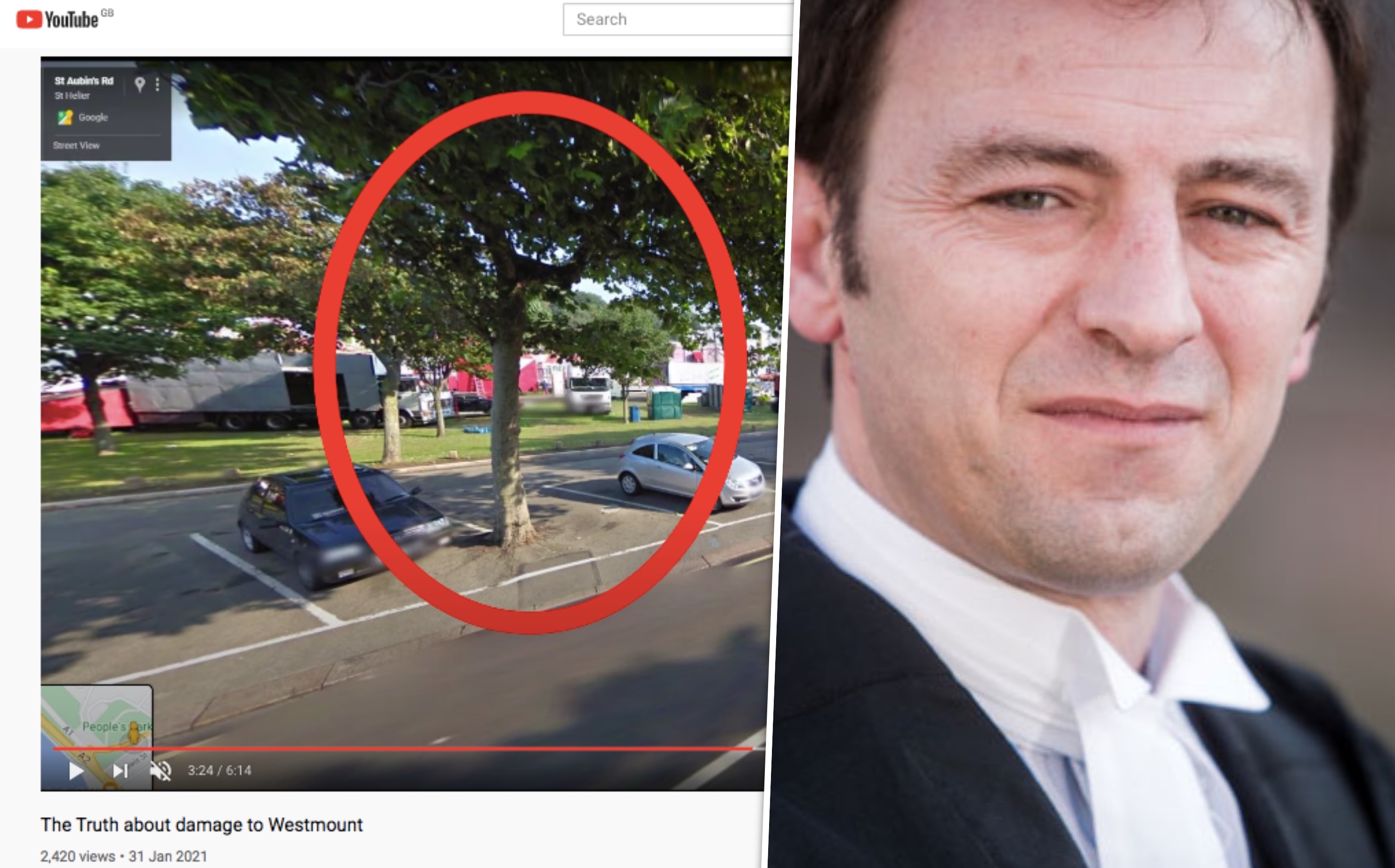 Pictured: Advocate Olaf Blakeley, who last week posted a video questioning claims that no trees would be impacted by the new road, also helped to organise a requête calling for a parish meeting on the matter.

A requête organised by residents, including Advocate Blakeley, was served on the parish of St. Helier by the Viscount on Monday. The ancient method for parishioners to call an assembly is now being considered by the Constable, who said he was seeking legal advice on the matter.

Although Constable Simon Crowcroft voted against making Westmount Road the main access to the new hospital, his amendment requiring the Government to minimise the impact on the environment, and to replace any of the parish's green space, trees, community facilities or parking spaces affected by the road was agreed.

On the issue of the Government buying parish land to build it, he said: “I am currently seeking legal advice about how a decision on such a matter can be put to the Parish Assembly in practical terms, not only because of the current Covid restrictions but because there are around 18,000 people entitled to vote.

“A mechanism needs to be found to allow a greater number of people to influence Parish decision making on key matters such as this than is possible under the constraints of the law governing the holding of Parish Assemblies.

“With respect to the potential heritage losses involved in the roadworks I expect these to be a major issue in the planning application and appeal process.” 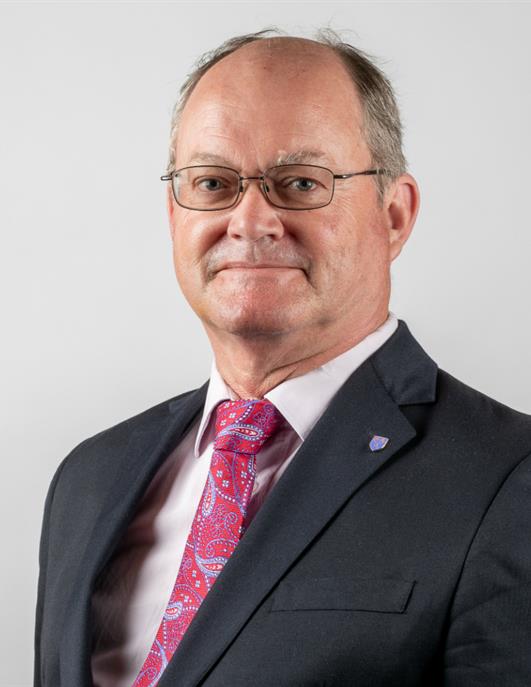 Tamara Vanmeggelen, who is a Westmount resident and a member of the Guardians of Westmount Road & People’s Park, whose Facebook page now has more than 2,100 followers, said that the group would continue to argue that creating a new access road was unnecessary.

“We have certainly raised the level of awareness among the public and States Members on this issue,” she said. “Before, it just felt like the Government wanted to steamroller this through, but I hope that any future decisions it makes will be looked at a lot more carefully.

“There seems to have been a total change in tone from Senator Farnham [who has political responsibility for the new hospital] to one that is far more conciliatory, so credit where credit is due.

“But residents remain convinced that there is no need for a new road. The Government could score a quick victory by committing to the existing road. This isn’t about us; it is about the history, heritage, ecology and landscaping of Westmount Hill.”