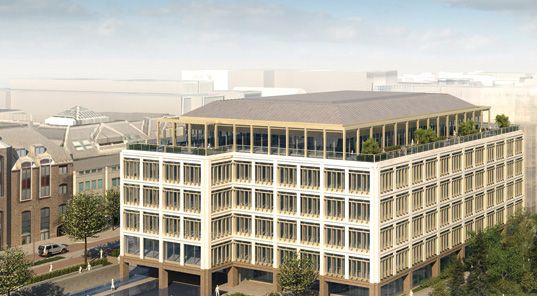 Both the developers and politicians involved have been quick to insist that the proposed six-office block development on the Esplanade car park has always been aimed at any businesses that want to move to the site.

But when the Strategic Plan came out last month, the development had been quietly renamed as a business centre, with no mention of the target market of financial services providers that the development has been aimed at over the last few years.

That change was picked up by the Corporate Services Scrutiny Panel – who are currently reviewing the proposed development – and ministers quickly agreed to reverse it.

Treasury Minister Alan Maclean said that there had been interest from mining firms – and even a publishing company – in moving to the site, and that they would welcome tenants from any industry.

“We have never limited it to one sector, and we never would,” he said.

“It’s available to anyone, frankly, who wants to go down there.”

That message doesn’t seem to quite tally with the States of Jersey Development Company’s marketing website, which describes the JIFC as a “dedicated district for the Island’s financial services industry”.

In a statement, the company said: “The Jersey Development Company intentionally chose the branding of Jersey International Finance Centre to ensure effective, competitive marketing with other similar centres around the world.

“It was never the intention to restrict interested tenants to just the financial services sector, particularly as Jersey is seeking to expand the local economy into new business sectors such as digital, mining and other potential inward investing businesses.”

Posted by Trevor Carre on May 5th, 2015
I wonder how much this fiasco costs the tax payer. I also see one of the proposed office blocks in the picture above has all the charm of a multi story car park with class. Lovely!!!
Posted by Sarah Ferguson on May 5th, 2015
Don't tell them that Gibraltar has a World Trade Centre for heaven's sake!
Posted by nigel pearce on May 6th, 2015
A subtle change of direction described as being what was meant all along! This is the first overt mention of it being anything but a finance centre.
Last year, I wrote that I expected the first tenants to be the State's themselves (though this would probably be a sensible thing to do).
To place a comment please login Login »