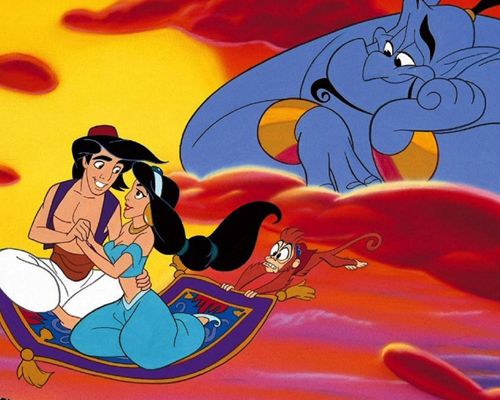 Jersey Arts Centre and local charity Mind Jersey hope to have their wishes granted with the help of a famous Genie and get more people understanding mental illness.

They are teaming up on the first day of half term to screen Disney’s Aladdin in memory of one of its stars - Hollywood actor Robin Williams who died last year.

He was one of the funniest men in film but shocked fans everywhere when he took his own life last August after having fought mental illness for most of his career.

Mind Jersey’s Executive Director James Le Feuvre said: “We are delighted that the Arts Centre has chosen to raise awareness of Mind Jersey at this screening of Aladdin during the forthcoming half term break. Not only is this an excellent film but, more poignantly, it features the voice of the late Robin Williams who succeeded in bringing his own irrepressible energy and enthusiasm to the role he voiced.

Robin’s own personal experience and willingness to talk about living with mental illness helped promote a much more open discussion about these conditions last summer and this screening assists us, in Jersey, in our continuing campaign to overcome stigma and misunderstanding."

The special screening is at 2 pm on Monday 16 February at Jersey Arts Centre. You can watch the film for £5, have free tea and biscuits afterwards and learn a bit more about the work that Mind Jersey does to support Islanders living with mental illness and their family and friends.