Crowdfunded brewery 'hops' to open in one month 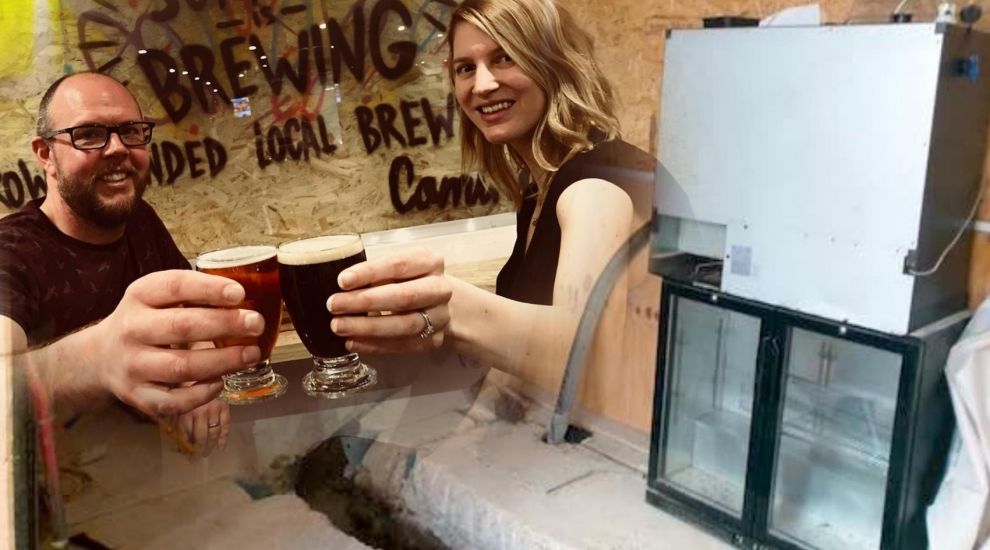 Crowdfunded brewery 'hops' to open in one month

A local couple ‘hop’ their dream to brew chocolate, mango and oyster-flavoured beers before pubgoers’ eyes will become a reality in just over a month, with builders working around the clock at the back of JB’s bar.

Leah and Ben Bliss, a local couple passionate about home brewing, were this month granted planning permission for their venture, and last week construction began.

After years of brewing at home in their kitchen, the couple partnered with Marcus Calvani and Josh Band at JB's to set up Jersey's first crowdfunded brewery and change people's opinions about beer.

Their "blissful"passion for the alcoholic beverage convinced 125 "utter pledgends" to donate money, helping Leah and Ben reach their £28,000 target, enough to buy a "shiny new brewery."

While the brand new kit has been ready for a few weeks, the brewery was waiting for its planning approval for work to start. It was eventually granted in early February and builders finally got to work last week.

They have been hard at work to transform the just over 20sqm store room into a fully functional "nano-brewery".

Drilling and digging, they have made room for the brewery drains and even uncovered "the remnants of an old ceramic booze jar" in the ground. "Someone’s clearly been having fun here before," the Bliss team quipped on its Facebook page.

Work is expected to finish this week with the kit arriving soon after. If all goes well Bliss' first beer should get brewing in mid March. Marcus Calvani said the brewery should be fully functional for Streetlife Jersey, the craft beer and gin festival taking place between 29 and 31 March.

The brewery has already found a number of local partners, as well as in the UK, and is set to make some waves on the island.

As promised, they will be brewing some unusual flavours. Ben and Leah said Bliss would be "all about variety" with flavours including Snickers, Bounty, tropical fruit and smoked India Pale Ales (IPAs).

"If it's out there we will give it a go," Leah said. "We will have a couple of flagship beers that we will make most of the time, but we will also have some funky, interesting ones. We will have house beers and every month or so, we will make a one-off brew." 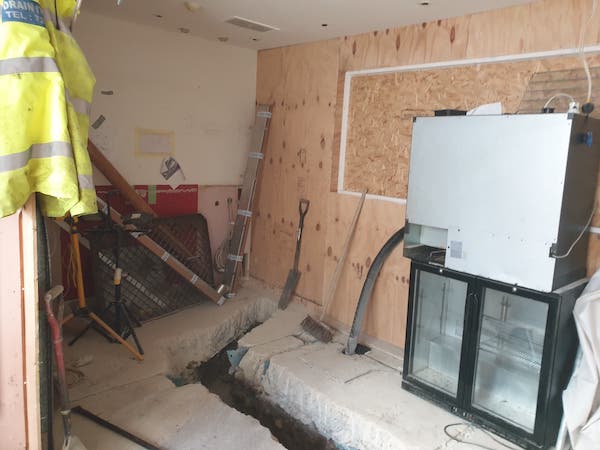 Pictured: Customers in JB's will be able to watch their beer as it brews.

Ben added: "There is not much you can't put in beer, whether it's lobsters, honey or seaweed. Even spices or chillies. It's just flavours that you add in and that you balance out. You add them at different stages and they transform the beer."

Once Bliss Brew Co. is up and running, customers will not only be able to observe the brewing process from JB's through a window opening up on the brewery, but to suggest new brews, as Leah explained: "We are really keen to make it driven by the public. We want them to be steering what we do. Which is also why we turned to a crowdfunding campaign, we want people to have a sense of ownership and to choose which way we go."