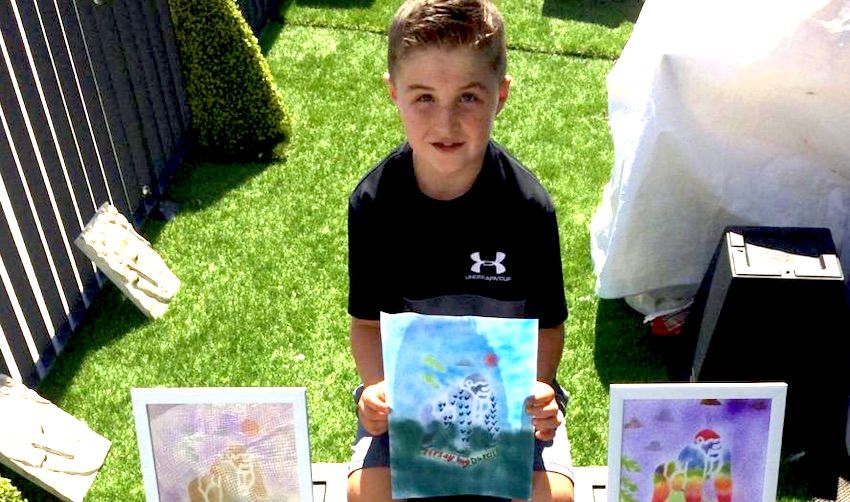 A 'wild' young artist has set himself the challenge of recreating each and every one of the gorillas dotted around the island in Jersey's biggest ever public sculpture trail.

Armed with a set of blow pens, Jack Bryan (9) is aiming to capture the likeness of the 40 life-size silverback models forming the 'Go Wild' trail, and is selling each drawing in aid of Durrell.

And it's been going well: in under a month of the trail's launch, Jack has already raised £50.

His dad, Daniel Bryan, says that Jack loves to draw, colour and take photographs, but adds that the 'Go Wild' trail has "really caught his imagination". 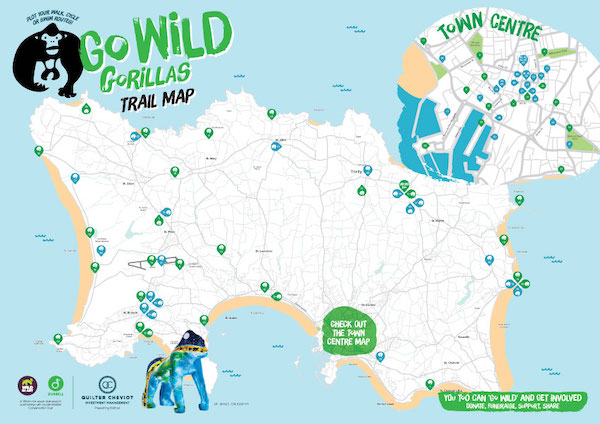 CLICK: The gorillas are dotted around the island. See the full set of locations by tapping on the image.

"The idea to recreate them with his blow-pens was his own idea, as was raising money for Durrell by selling them,” Daniel told Express.

Launched on 27 July, the trail celebrates the charity’s 60th anniversary and aims to raise funds for a new state-of-the-art gorilla house at Jersey Zoo.

Local and international artists – some of them completely new to sculpture trails - took up the challenge of imagining designs for a gorilla and submitted them for Durrell’s troop of sponsors to select from. 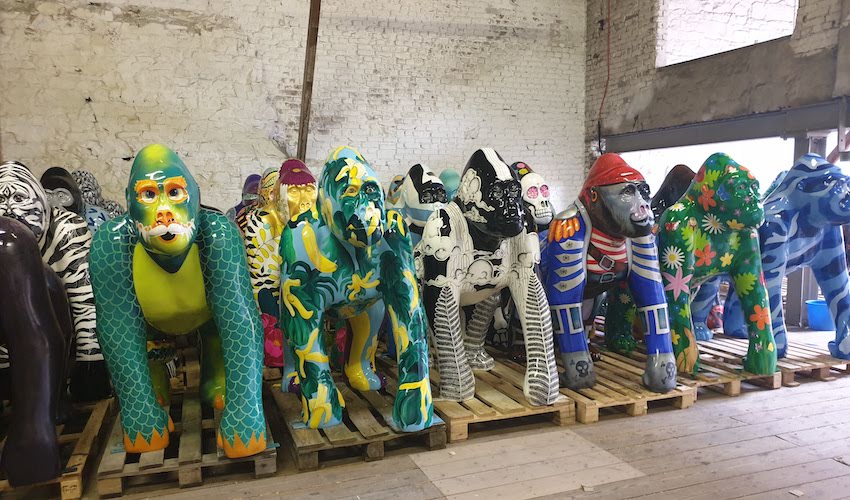 Pictured: Each gorilla has a unique design.

The result was a colourful collection of 40 life-size gorilla sculptures, each with their own unique design, which islanders and visitors can see up close in the wild, from Plemont headland to La Hocq, La Corbière and Fliquet Bay.

Since the trail launched, Jack and his family have taken trips in their car to try and find new gorillas and enter their codes in the app specially developed for the trail.

Pictured: Gabriella Street's 'I-Spy Gorilla' was among the first ones Jack saw.

On the first weekend, the family headed west to find the gorillas in St. Aubin, St. Brelade, St. Peter and St. Ouen.

“Jack really enjoyed seeing the different ideas/designs on each Gorilla and updating the App!” Daniel said.

“Jack also wanted to find the ‘Citi Gorilla’, as that is where I work.”

With the help of his mum, dad and Nanny, Jack has uncovered just over 50 gorillas so far and bedazzled Zeus is his favourite, as well as the island’s with the highest number of votes. “I love all the all the coloured little bits,” Jack said.

But the creative boy was not content admiring the many gorillas, he decided to immortalise them in drawings and dug out his blow pens for the occasion.

So far, he has recreated 15 of them - the latest being ‘Jersey Boy’, which resides in Gorey Harbour.

Jack said he enjoyed recreating the design created by Sian Ellis - especially the arrows - with his blow pens.

Stuart Semple’s ‘True Colours’ and Andrew Routh’s ‘Bobby-Dazzler’ were also fun to emulate for the nine-year-old.

Jack is determined to complete all 40 gorillas, but said he also has bigger projects in mind: he has asked his father to buy him his own gorilla sculpture so he can create his own design. 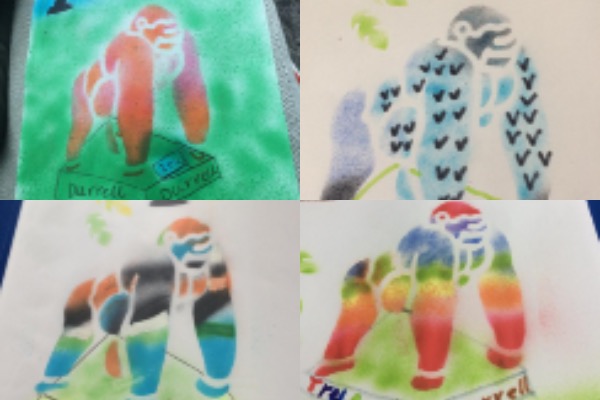 “I have been pleasantly surprised how good his pictures look and I love the way he tries so hard to make each Gorilla look exactly the same.

“He spends hours upon hours a day creating more pictures, and I am amazed he hasn’t passed out with all that blowing!”

"We are delighted to see young Jack using his initiative to raise funds to help build a new home for our gorillas at Durrell," the Durrell team said.

"His designs are fantastic, we love seeing the wonderful ways people are celebrating the gorilla trail and welcome more people to be inspired by Jack's creativity!"

From capes to apes!

Go Wild... but look after the gorillas!