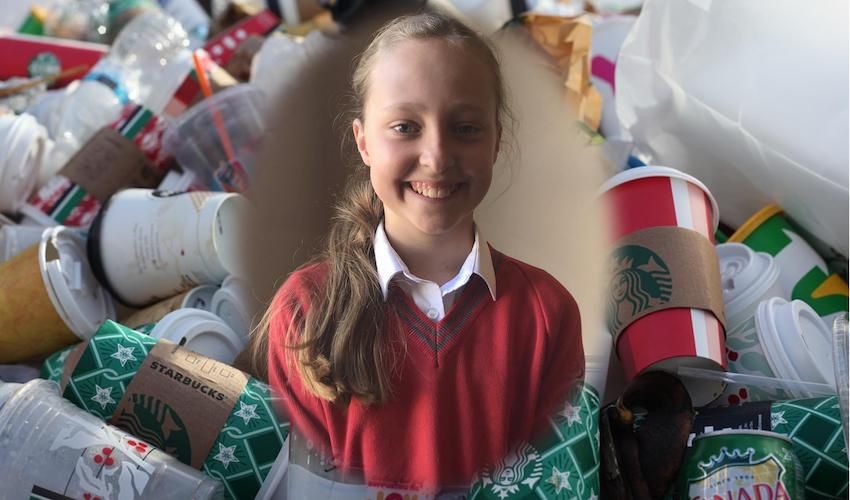 A young environmentalist has launched an eco-friendly initiative to clear Jersey of rubbish after a litterbug prompted her to take action.

Bea Thorogood, aged just 10 years old, has decided to take things into her own hands after she saw rubbish strewn across the road near to where she lives, by launching a monthly litter collecting scheme.

’10 on the 10th’ is an environmentally-friendly scheme created by Bea, helped by her mum Sarah, with the aim of encouraging islanders to pick up ten pieces of rubbish on the tenth day of every month.

The young conservationist told Express why she decided to start the project: “I was coming home from a club I do and I just spotted loads of pieces of rubbish on the road and I thought it’s actually really bad that there’s so much rubbish around.”

After this, Bea and her mum decided to create a Facebook page to raise awareness about the scheme.

Pictured: Bea and Sarah Thorogood have launched '10 on the 10th' in the hope that it will inspire some change in Jersey.

“We thought ten pieces of rubbish because… it’s not too much but it’ll hopefully encourage people to pick up more,” Bea explained.

“A little thing makes a big difference,” her mum added.

The whole family is now involved with the project - even Bea's younger sister Freya has been doing her bit by picking up bits of rubbish she sees lying around.

When asked what she thought of her daughter taking the initiative to save her local environment, Sarah said: “I feel really proud, amazingly proud of her that she’s decided to do something about it rather than just walking on past it and not picking it up.

“The fact that younger kids are seeing that it’s time to change, make a change, be the people that actually do something about it – it’s awesome."

Video: Bea practising what she preaches and picking up ten bits of rubbish on the 10th day of the month (Sarah Thorogood/10 on the 10th).

Bea's campaign comes as an international ‘climate justice’ movement inspired by a young activist in Sweden called Greta Thurnberg, who has led millions of students across the world to strike from school in the name of the environment, is gaining traction in Jersey. Local students recently joined the ‘FridaysForFuture’ movement, calling States Members to take more action against climate change in a protest in the Royal Square.

And they’re not the only young islanders calling for change, as Bea hopes that her initiative will only grow to make more of a difference to Jersey’s environment.

Bea is asking for islanders to take part in her project by picking up at least ten bits of litter on the 10th day of the month and sharing a picture of their efforts on the ’10 on the 10th’ Facebook page.