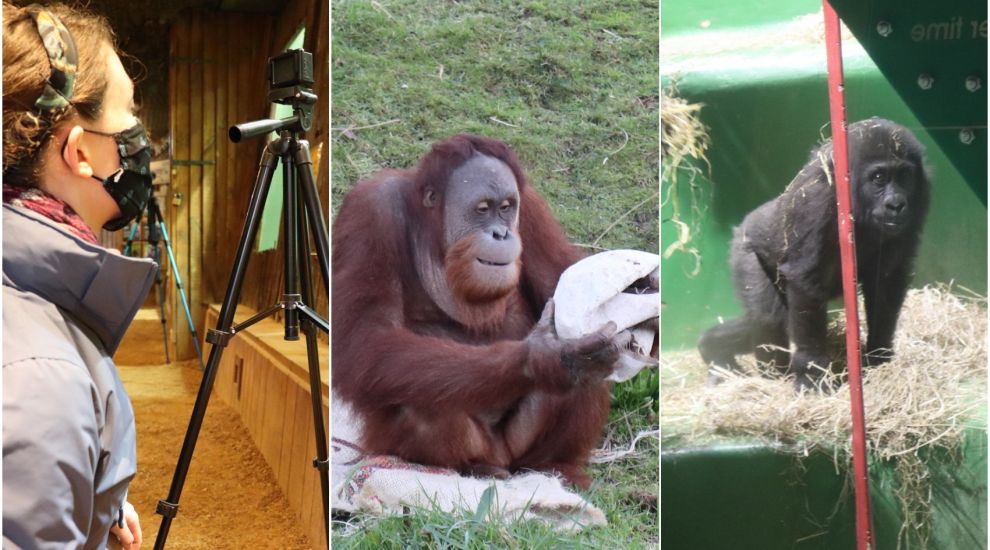 A researcher is investigating how great apes in captivity can be prepared to overcome challenges once released into the wild - with the help of peanut butter, puzzle boxes and Jersey Zoo's residents.

Lelia Bridgeland-Stephens is a PhD student with the University of Birmingham, and is currently working with the Zoo's gorillas and orangutans.

Lelia's background is in environmental conservation, with her first experience being working for with primates in South America.

"I spent seven months volunteering at different rehabilitation centres, caring for monkeys and other animals rescued from the illegal wildlife trade," she explained.

"Many of these animals had experienced a lot of trauma before being rescued. I got to know some of the monkeys as individuals and was fascinated by their intelligence and different personalities."

It's orangutan time! These objects was designed to require food processing skills - 'peeling' to reach the edible bit. Orangs in rehab centres like @bornean_OU need to learn how to process food before they have the chance to be released back into the wild. Jantho nailed it. pic.twitter.com/spIZhav4z6

Upon returning to the UK, she did a Master's degree, becoming interested in ape-human interactions - it led her to her PhD, and then subsequently to Jersey, where she is trying to find ways of increasing psychological resilience in captive great apes.

Discussing the importance of this resilience, she explained: "Having the capacity to overcome difficulties is essential for situations when great apes can be returned to the wild, for example with orangutans at rehabilitation centres in Borneo and Sumatra.

"It's also important for great apes in zoos, who can have challenging experiences like moving enclosures and getting to know new group members." 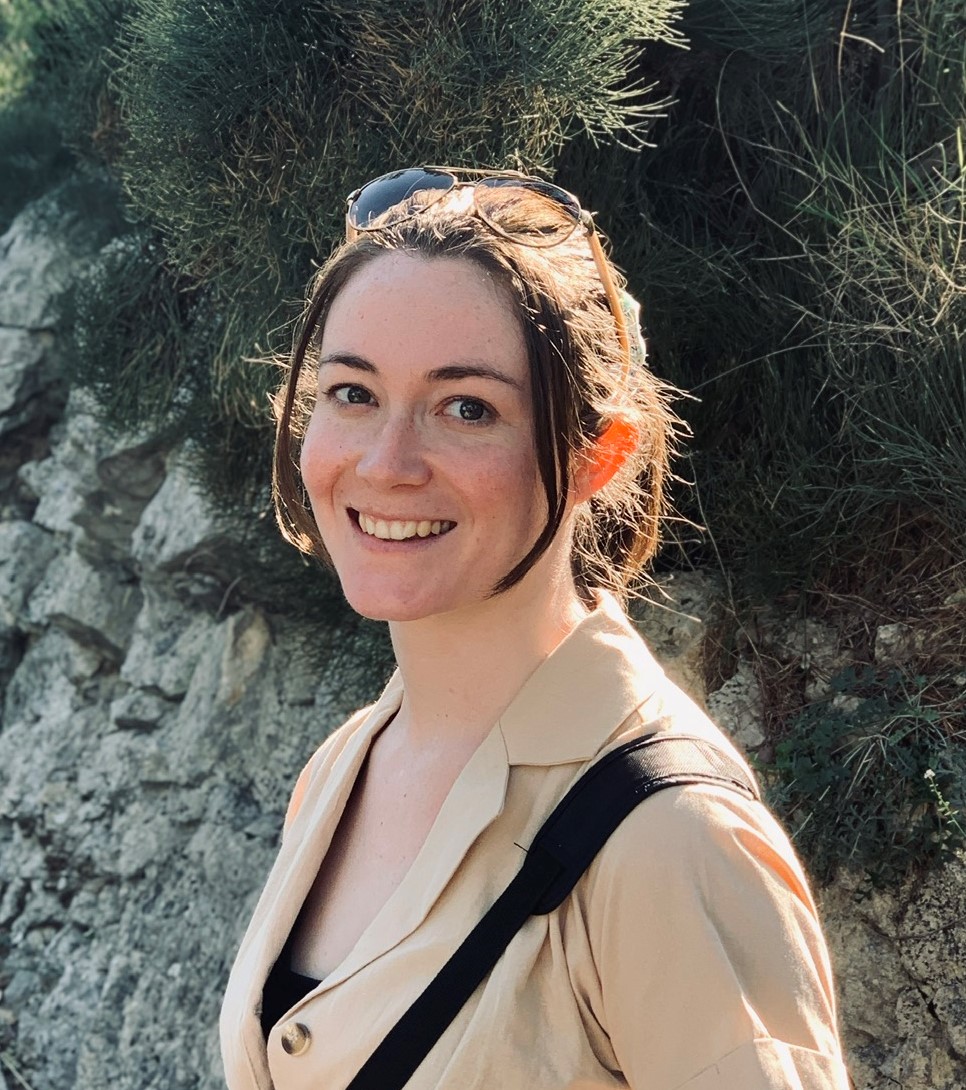 The work she is currently doing at Jersey Zoo involves presenting the gorillas and organgutans with challenges that increase in difficulty, with the aim of them building up their confidence and managing future challenges.

"Gorillas and orangutans have different cognitive and tool using skills, so my resilience study involves separate tasks for each species," she said.

"The gorillas have a puzzle box with peanut butter in the middle, which can only be reached by using a stick and avoiding the internal barriers.

"The orangutans are better at using tools than gorillas, so I've given them a harder challenge by hanging tubes filled with peanut butter outside the enclosure. They can reach the peanut butter using a stick, but it's more of a challenge because the tubes swing from side to side when touched."

The gorillas @JerseyZoo had a surprise waiting for them this morning! In this experiment, I’m measuring their reaction to novelty, a personality trait with links to exploration style. Today, the novel object was a strengthened hessian ball, designed to be ‘peeled’ like a fruit. pic.twitter.com/vEB01lC8vf

"At the end of the study period, they all receive a new, more difficult challenge. What I'm looking for is that the treatment group will be more persistent and more successful at reaching the food reward than the control group," Lelia outlined.

Though it's too early in research process to yet give any findings, Lelia said that working at Jersey Zoo was a "privilege," with it being important to her that the research is a "positive experience" for the great apes. 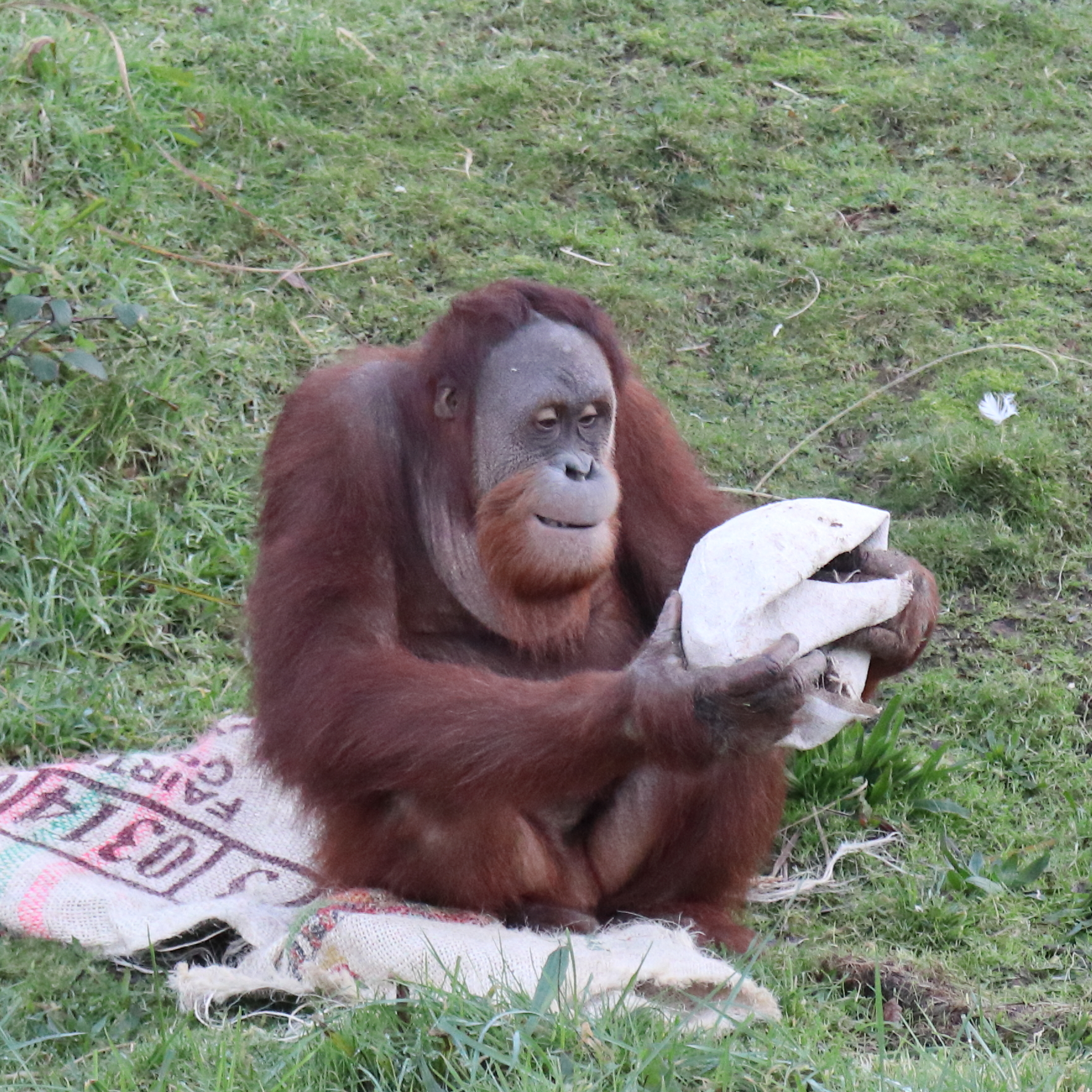 She noted it's "important to make sure the research is done safely, as great apes are extremely strong and smart – the other day, eight-year-old orangutan Jantho made an attempt on my tripod using a twisted sack as a makeshift tool!"

She said that she was hopeful the study will show the method she is using is effective in building up resilience, and can become a useful tool for both zoos and rehabilitation centres, such as the ones her and her research team are collaborating with to help release orangutans back into the wild.

Describing her experience so far, she summed up: "Jersey Zoo has an excellent reputation, and I feel lucky to carry out my fieldwork in such a beautiful location. It's been a great experience so far, and the zoo team have all been helpful and supportive."

"The most rewarding experience was the first day of the study, when I recorded the great ape's reaction to a new object in their enclosure. I've been designing and building my equipment for the last couple of months, so it's exciting and a bit surreal to finally see them interact with it."

Posted by Brendan Stephens on Jan 21st, 2022
This is absolutely amazing and important work. Lelia is devolping a modus operandi which has enormous significance for how we protect and expand natural environments.
To place a comment please login Login »