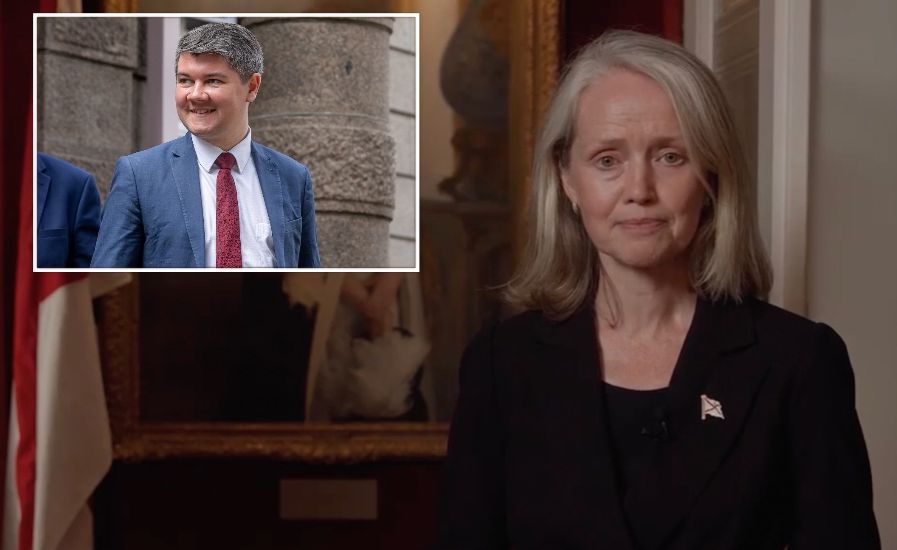 The Chief Minister has responded to a letter from Reform Jersey asking whether she was ignoring decisions of the States Assembly relating to empty property tax, assisted dying and GST.

Here's what Deputy Kristina Moore had to say in response...

Dear Sam, Thank you for your letter which I received on 3 October 2022.

I am pleased to respond to three examples examples which you have raised in this regard.

As you know, the Minister for Housing and Communities made a statement in the Assembly on 4 October. In his statement, the Minister confirmed that he has met the requirement of the proposition to initiate the necessary arrangements for the preparations of an options paper.

The Minister also noted that the proposition wording "with a view to publication before the end of September 2022" did not infer an absolute deadline. Given that the Minister wrote to Deputy Tadier before the end of September with an update, and shared that correspondence with all States Members, I think he has demonstrated due respect and courtesy to Members and the proposition.

I acknowledge that States Members have not been directly informed that the final proposals (prior to legislative drafting commencing) will not be lodged in time for debate by October 2022. I accept your constructive criticism in this case. I am comfortable that the delay to March 2023 is appropriate and being undertaken for good reasons and intentions.

It will allow more time for stakeholder engagements, including a 12-week public consultation (to commence on 17 October) which can take full account of the ethical, moral and practical complexity of this matter. Given the complex nature of this issue, and the election period which correctly did not allow public servants to engage with Islanders on this work, I think it is understandable that the October deadline was not achievable.

I believe we are meeting the spirit of Deputy Morel's amendment, which as stated in his report was to ensure the proposals were not rushed. Nevertheless, it would have been preferable and more appropriate for Members to be informed directly of the position, and I will ensure an update is provided. In addition, a briefing for States Members was confirmed on the same morning as your letter arrived and will take place on Friday 4 November.

As you know, this was a proposition which I brought during the last Assembly with the intention to reduce period poverty in Jersey. As part of the 100-Day plan, I have now ensured that menstrual and sanitary products are made available for free. The intention of my proposition has therefore been achieved and exceeded.

I accept, however, that the proposition to remove GST from these products, when they are being purchased, still stands. Accordingly, the Government Plan makes clear (on page 37) that P.66 is replaced and improved by meeting the 100-Day plan commitment, and the Assembly will be asked to formally approve this approach through the adoption of P.97/2022.

Your letter serves as a helpful reminder of the need for the executive to keep Members fully and properly informed of the progress being made in implementing the Assembly's decisions. In the cases you have raised, there is no intention other than to fulfil the Assembly's decisions, and where appropriate Ministers are returning to the Assembly to request approval for a revised or new approach.

Please be assured that, as Members of the Assembly ourselves, Ministers will maintain full respect for our parliamentary democracy.

I am pleased to make this reply public, as you have requested.