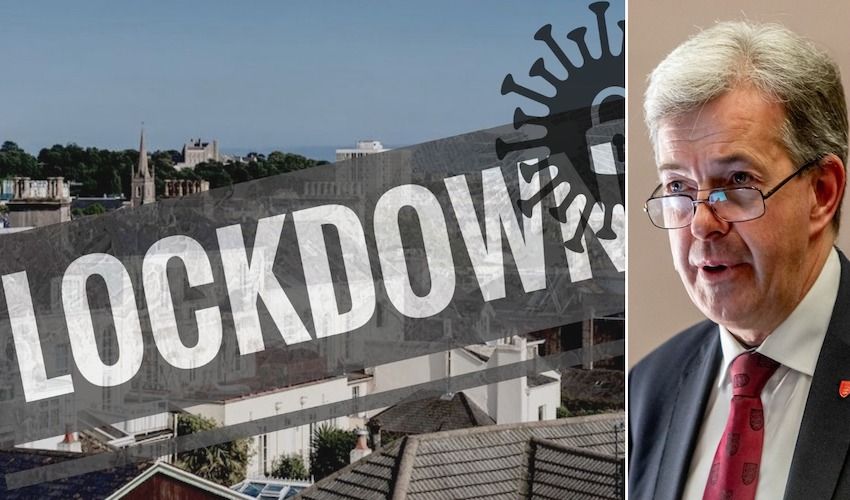 Tricky little things, words. We have suddenly become quite comfortable talking about ‘bubbles', using the word to mean who we can, and can’t, meet.

Guernsey has household bubbles, and is almost at the point (it has just eight active cases) when it can say it has eliminated covid-19, and can therefore set up a ‘bailiwick bubble', restricting the movement of its people to/from Sark, Alderney, Herm, Brecqhou and Jethou.

As I wrote this time last week, Jersey lies on the cusp of a ‘remember forever’ decision, one which I think will dictate our lives for many years to come: do we also aim for ‘elimination’ (assuming that is even possible, more on that later) and join the ‘bailiwick bubble'? Or do we retain our trade, leisure and personal connections with Europe and the UK, accepting that means virus cases will continue? 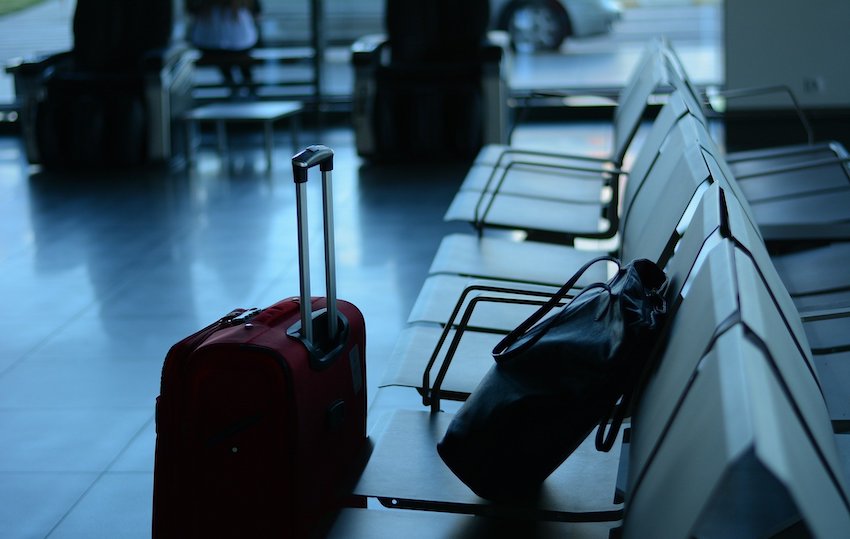 Pictured: with the virus seemingly under control in Jersey, how do we prevent new cases coming in?

I have just read feedback from one reader, who wants the island to take the former path, nestling comfortably into our own bubble, and closing ourselves off from the outside world. Almost like building a wall, you might say.

And that’s where words are such pesky things. In PC (pre-Covid) times, ‘building a wall’ was a politically loaded phrase, popularised by a jowly, bombastic and ridiculous American, with an orange comb-over. It had come to mean an isolationist approach, characterised by a lack of tolerance, stemming from small-minded insularity, and reinforced with hubris.

But hold! Knock down the ‘wall’, and gently waft in an image of a ‘bubble’ instead; suddenly you have something which is protective and nurturing, which puts up a barrier to keep all the nasty monsters out, but just seems a bit softer, dreamy, and perhaps a little ‘floaty’ too. Lovely.

Spoiler: they do the same thing. Whether it is a wall or a bubble, the principle is about creating a barrier around yourself, locking out the bad people and their nasty bugs and, well...just staying at home. It’ll all be better in the morning. 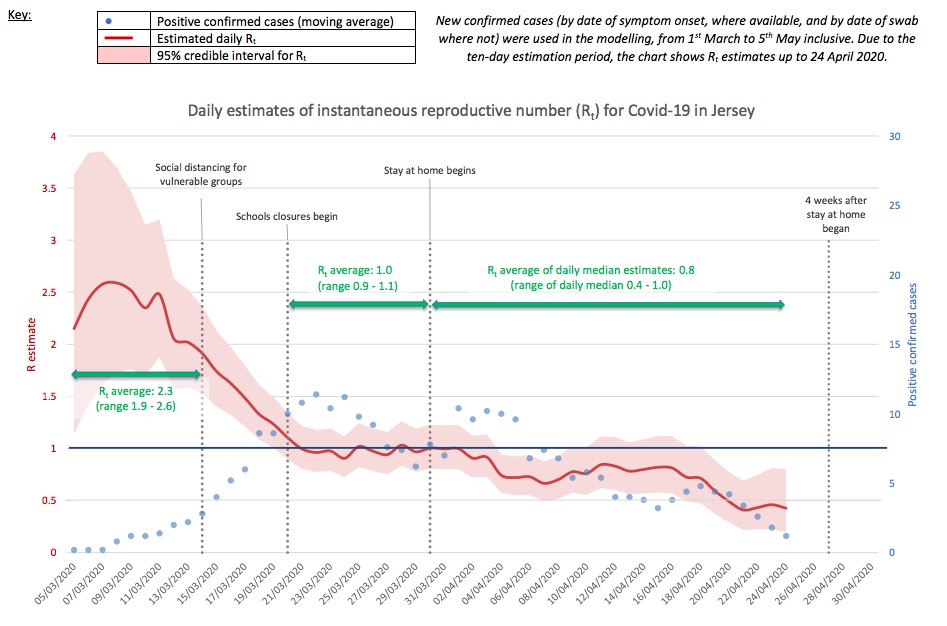 Pictured: the latest data shows that Jersey has got infection rates under control.

The point of all this, of course, is that it won’t. As the WHO noted this week, covid-19 is here for the foreseeable future (they compared it to HIV), even if Guernsey, or Jersey (or New Zealand) believes it has locally eliminated it. That might be the case, until they allow anyone in, or out. And then there is the potential for the excruciating ‘in/out’ lockdown dance to restart, over and over again, until no one really cares any more.

Creating a ‘bubble’ is achieved through our border restrictions for travel, and that’s why the island’s old frontline (the airport and harbours) is now the new frontline again in the covid battle.

Maintaining a mandatory 14 day quarantine period for everyone arriving in the island is ‘the wall,’ as it effectively precludes almost all travel; it means visitors won’t come, and a concomitant lack of trade for the entire hospitality industry; and it means business travel doesn’t happen, so the financial services, legal and digital sectors are not going out and securing the global investment which means we actually have a functioning economy in the first place.

(On a side note, it has been deeply concerning to note this week that some politicians don’t understand that our money actually – in the main - comes from overseas, and so relies on travel. Financial Services customers/intermediaries/decision-makers tend to be found in London, New York, Hong Kong and Singapore, rather than Millbrook, Maufant, Faldouet or Leoville.)

Deputy Jess Perchard has recognised the importance of this decision facing Jersey, and has brought a proposition forcing ministers to publicly debate a virus elimination strategy. Good. 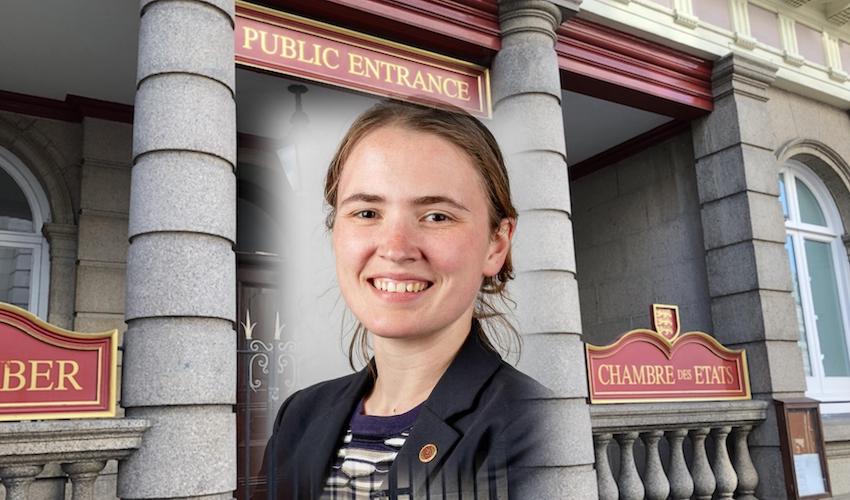 It’s a ‘left or right’ decision for the island, so it should be taken by the people we elect to take those tough calls; some may not like that, but hey, that’s democracy for you - and I happen to believe that debating and deciding it in public is better than through the closed meeting rooms, and sanitised communiques, of central government.

Her proposition isn’t clear on the critical point of border control, it simply imposes: “border controls with high-quality quarantine of those arriving in Jersey.” There is room for some movement in that, but I think it really means maintaining the strict 14 day isolation period for all arrivals – and there’s the wall around Jersey.

Cutting us off (the only way of delivering real virus ‘elimination’) will kill the economy, with deep implications reaching well into the future, and affecting the prosperity of everyone in Jersey today. But opening up free travel too quickly will cause case numbers to rise, and some will die.

As ever, it is technology which will provide the solution to allow movement of people on/off the island, but reduce the risk (it will never get to zero, making permanent 'elimination' of the virus a fallacy) to acceptable levels of them bringing in the bug – testing, tracing and targeting of carriers would do it, but in a sophisticated way, not a ‘one-size-fits-all’ mandatory quarantine period for every single traveler.

We have to be cleverer than that.