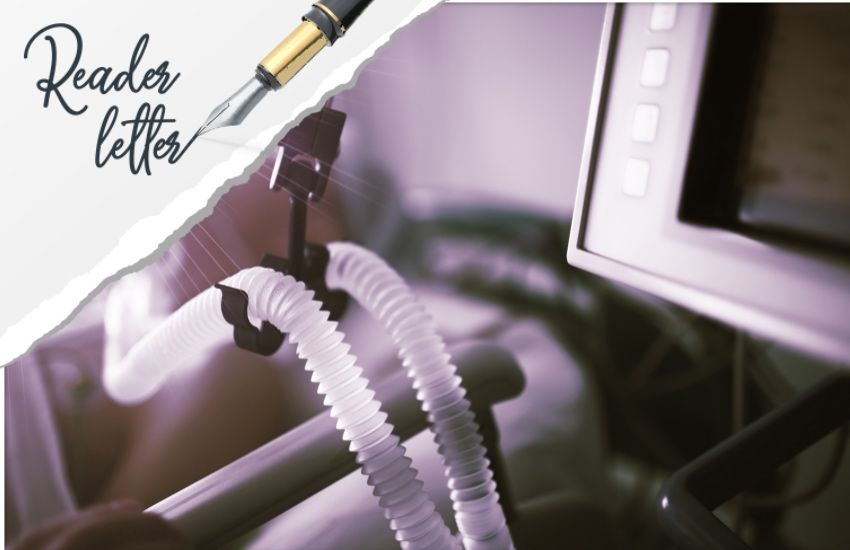 "I write in response to the article posted yesterday, by Dr Carol Davis, Visiting Consultant in Palliative Medicine in Jersey.

As is so often the case when someone has a personal objection to an issue involving fundamental rights, a last-minute barrage is launched to win hearts and minds, using every possible scare tactic."

"In this case, after the usual parade of qualifications (designed to suggest that any opinion expressed will be superior to that of the reader), we have reference to a New Zealand survey that, by close implication, suggests that the good people of Jersey don’t really understand the basic meaning of the term ‘assisted dying’.

By simple extension, this carries with it, the further insinuation that the survey carried out locally (on behalf of End of Life Choices, Jersey), in 2019, provides a false impression of islander’s attitudes to the subject.

Thereafter, we are treated to a series of definitions for ‘physician-administered euthanasia’ (PAE) and ‘physician-assisted suicide’ (PAS), followed by the inevitable masterstroke;  ‘’Countries where PAS and/ or PAE have been legalised have gradually relaxed their safeguards; some now include mental illness, learning disability, autism and children.

So, there it is; change the law to allow people suffering from debilitating, painful, late stage, terminal illness or severe and enduring pain, and before you can count to ten, we will be terminating the lives of those suffering from mental illness, learning disability, autism and finally (and most insidiously) children.

Perhaps Dr Davis was unable to attend the meeting held at the Pomme d’Or last week, but had she done so, she would have heard compelling testimony from someone with extensive experience in assisted dying, director of Dignitas, Mr Silvan Luley. During his 18 years of involvement, Dignitas has assisted more than 2500 individuals to end their suffering, at a time of their choosing; and all of this without any of the horrors suggested. In addition, three dreadful, real, end of life scenarios were conveyed by the much-respected local GP, Dr Nigel Minihane, leaving most of the audience in no doubt about the merits of changing the law.

Whilst I would be at pains to defend Dr Davis’s right to hold whatever opinion she may deem appropriate on this particular subject, I would suggest that the extent of her use of hyperbole, to deny others that same right, is most unhelpful.

Indeed, it mirrors the style of argument proffered by men, a century ago, seeking to deny women the vote. And again, in the mid-twentieth century, to warn of the dire consequences of legalising homosexuality, and later, gay marriage.

When all is said and done, this is no more than a straightforward issue of basic human rights. And the opinion of each and every individual is of equal importance. Dr Davis has no more right to determine how any individual should end their life than they do over how she does (or doesn’t) choose to end hers. Like it or not, in a mature democracy, humanity tends to progress, in spite of the tired and restrictive arguments that would seek to deny it. Whether it be now, or some-time in the not-too-distant future, acceptance of the individual’s right to choose the time and place of their own demise is inevitable. For the sake of those otherwise destined to die in agony for the sake of satisfying the dogma of others, let us hope that our government takes the enlightened course of action and votes to make it possible, without further delay."