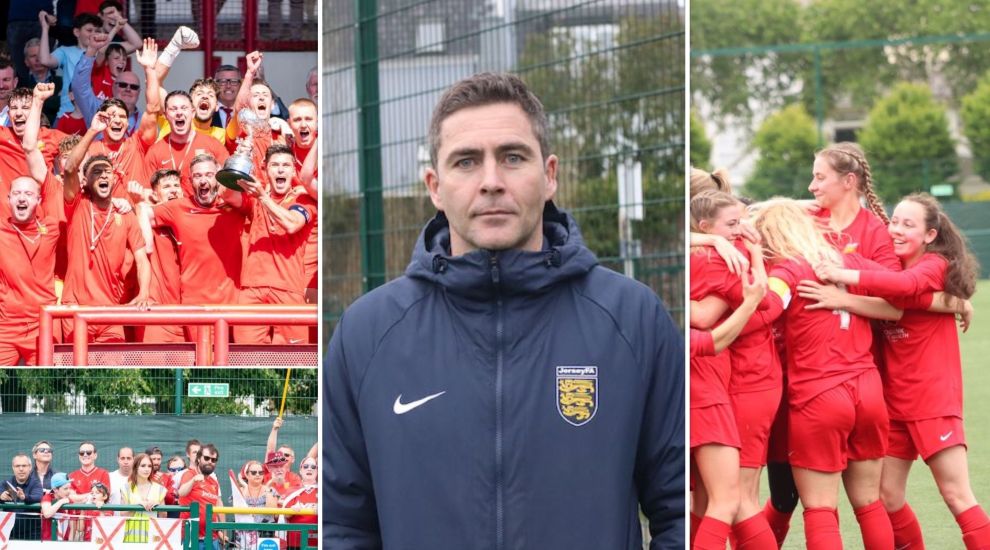 Football in Jersey is going through a golden period. The Jersey FA have reported a 25% increase in player registrations since the covid-19 pandemic – astonishing given the game is already the most popular participation sport on the Island!

At club level, we saw a fiercely contested Jersey Premiership which was only decided in the last five minutes of the season, with St Clement securing the draw they needed to win their first ever Premiership. Jersey Bulls continue to fly the flag in the UK leagues, narrowly missing out on promotion last season, but starting the season with real determination to progress to Step 4 in the UK pyramid system.

In September, Jersey represents England in the UEFA Regions Cup, having won the tournament which every county in the UK, plus Jersey and Guernsey, compete in to win the right to wear the three lions.

However, that's where the journey then ends for the national team with only Murattis and the Island Games to look forward to in the future, with football not even guaranteed at every Games. 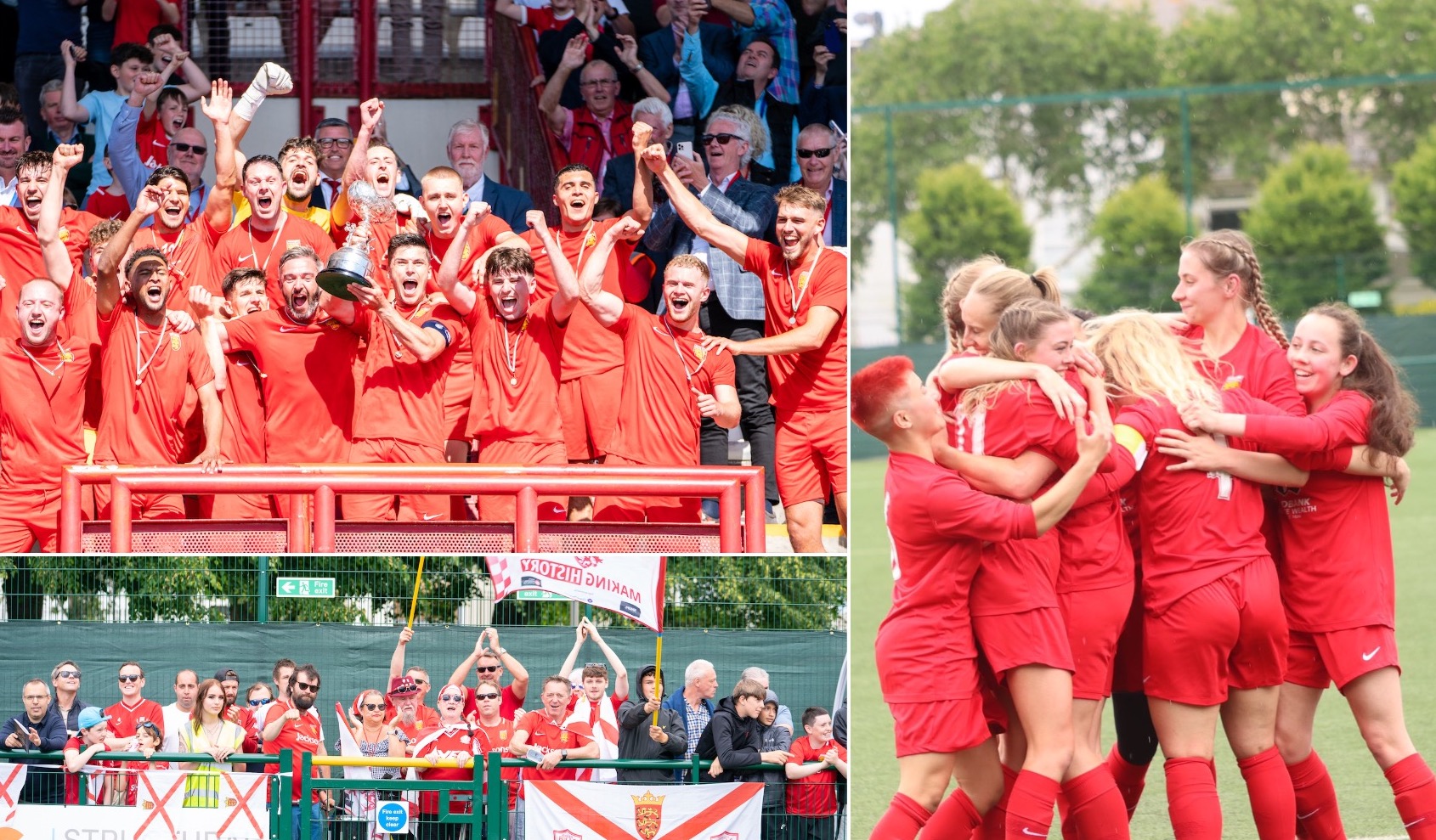 The Jersey FA 2021-24 highlights the need to address this and provide representative football for our national team against smaller nations - but the issue is how.

The UEFA and CONCACAF Nations League tournaments have shown how it can be done. These biennial tournaments tier the nations in those regions so that nations play similar standard opposition. Where in the European and World Cup Qualifiers there are many mismatches (e.g., England beat San Marino 10-0 recently), the Nations League is closely contested.

However, the teams in the lower groups are used to playing fixtures where they largely don't have possession and play defensively to avoid significant defeats.

The Nations League offers a different challenge where teams such as Moldova, Liechtenstein and Andorra play each other and are closely matched for possession and goals. 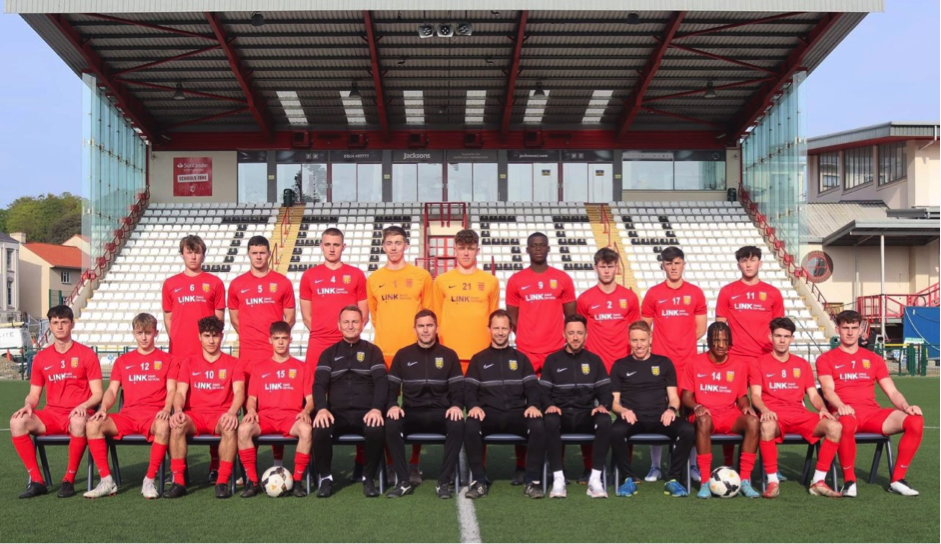 These nations aren't set up for this style of football, given the current structure, and there lies an opportunity for Jersey. We firmly believe we can provide a competitive challenge for these Nations and an opportunity exists to play warm up fixtures or tournaments against these teams. For Jersey's best footballers, it also provides the potential to play world class opposition and pit themselves against similar sized footballing nations.

We aren't talking about playing England, Spain, or France but we believe Jersey could offer strong opposition for nations at the lower end of the UEFA and FIFA rankings. Not only this but the football infrastructure and governance are in place to make Jersey an attractive venue for such nations. My recent tweet about the issue was viewed by over 55,000 people showing there's much interest and engagement in the topic. 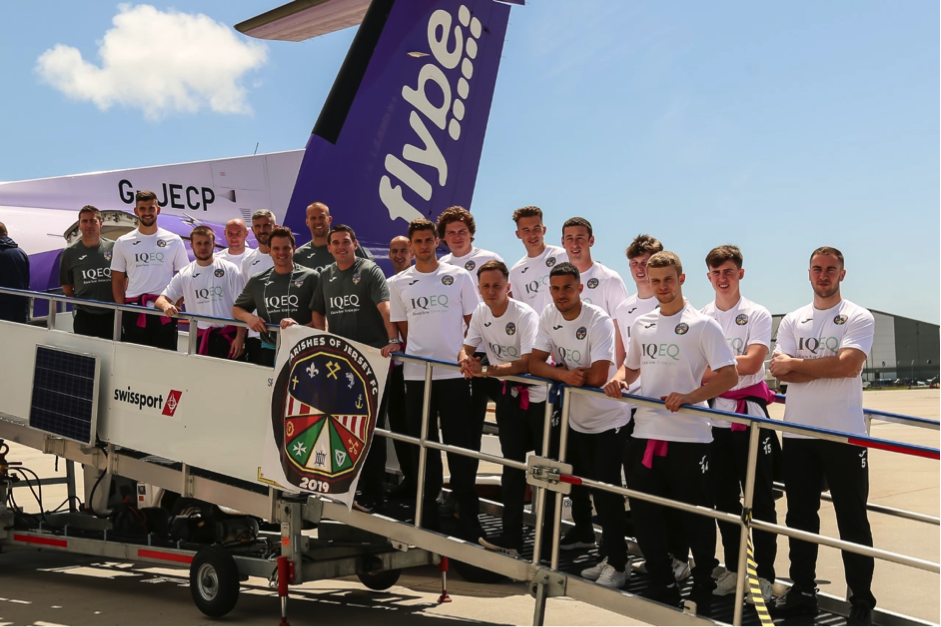 Pictured: The Parishes of Jersey (PoJ) about to board a plane for away fixture back in 2019. Could there be more trips abroad in the future for a Jersey representative team? (Adrian Topley)

The Government of Jersey and Visit Jersey, who we've worked with previously and do a fantastic job for Jersey, have recognised the benefit of sports tourism to the Island and supported events such as the British Lions and England Rugby training camps and the Super-Tri and we strongly believe that a similar opportunity exists within football.

Through the Parishes of Jersey, we have built relationships with other small nations – both outside UEFA/FIFA and within – and we already have strong interest in playing competitive football matches and tournaments.

Newly elected politicians Kristina Moore, Lyndon Farnham, Ian Gorst and Andy Jehan have been very supportive of the idea on social media in the lead up to the election. There's a significant opportunity for Jersey football – will Jersey's newly appointed Government help us seize it?

James Scott is Manager of the Parishes of Jersey, Head Coach for the Jersey FA Under 21s, and the Lead Coach at Jersey Scottish FC.