Viberts is dedicated to providing outstanding legal advice and customer service, both in Jersey and internationally. Our clients range from private individuals to multinational corporations, local businesses and governments. We are large enough to offer a full service but small enough that each client has direct contact with one of our partners. We always take a pragmatic approach so that we can deal with matters as efficiently as possible, but we are also compassionate and understanding when it comes to sensitive issues.
www.viberts.com 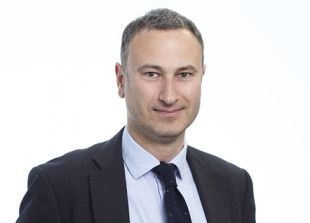 Is court that bad? Arbitration clauses in leases

Arbitration clauses appear in all kinds of documents. If you read a commercial lease (for a warehouse or shop for example) then it is likely to include an arbitration clause. Broadly it will say that, in the event of a dispute between the landlord and the tenant, the dispute will be referred to an arbitrator for determination. Similar clauses appear in other kinds of contracts. What does this mean? Who is an arbitrator and what will he do?

Arbitration is part of a process called alternative dispute resolution – a method to resolve a dispute without reference to the court. It is a private judicial dispute resolution determined by an independent third party. Its advantages include:

The disadvantages can be:

The public owns this land and the JEC lease it from the public. It was originally leased for a sum of £1,000 per annum in 1967. Subject to arbitration in the event of dispute, the lease contained a rent review clause at various trigger dates. The clause went further and said that the decision of the arbitrator was final and without appeal.

The arbitrator decided that the new revised rent was £1,000 per annum and equal to the rent charged in 1967. When examining the arbitrator’s decision the court then ruled that the arbitrator had started at the wrong starting point in law. His decision was based on false assumptions and the revised rental should not be as it was nearly 50 years ago. As a consequence, leave was granted to appeal against his decision.

The aim of arbitration is to provide a swift dispatch to a dispute. On public policy grounds it is desirable to conclude disputes speedily - for better or for worse. It may be difficult to challenge an arbitrator’s decision therefore make sure that the proceedings before the arbitrator are carefully prepared and presented.

The best advice however, is to avoid the dispute in the first place. Disputes are often evidence of a break down in communication. If it can be maintained then parties will often negotiate a solution. Keep talking and avoid a row. Viberts’ property team has extensive experience in writing commercial leases for landlords and tenants alike. Should arbitration clauses come into play, we can advise clients about all aspects of arbitration proceedings.